On July 1, China's Taiwan Digitimes reported that TSMC has received orders from AMD, Nvidia and Apple, three major customers, to cut orders, including a large number of advanced process orders to delay until the first quarter of next year. 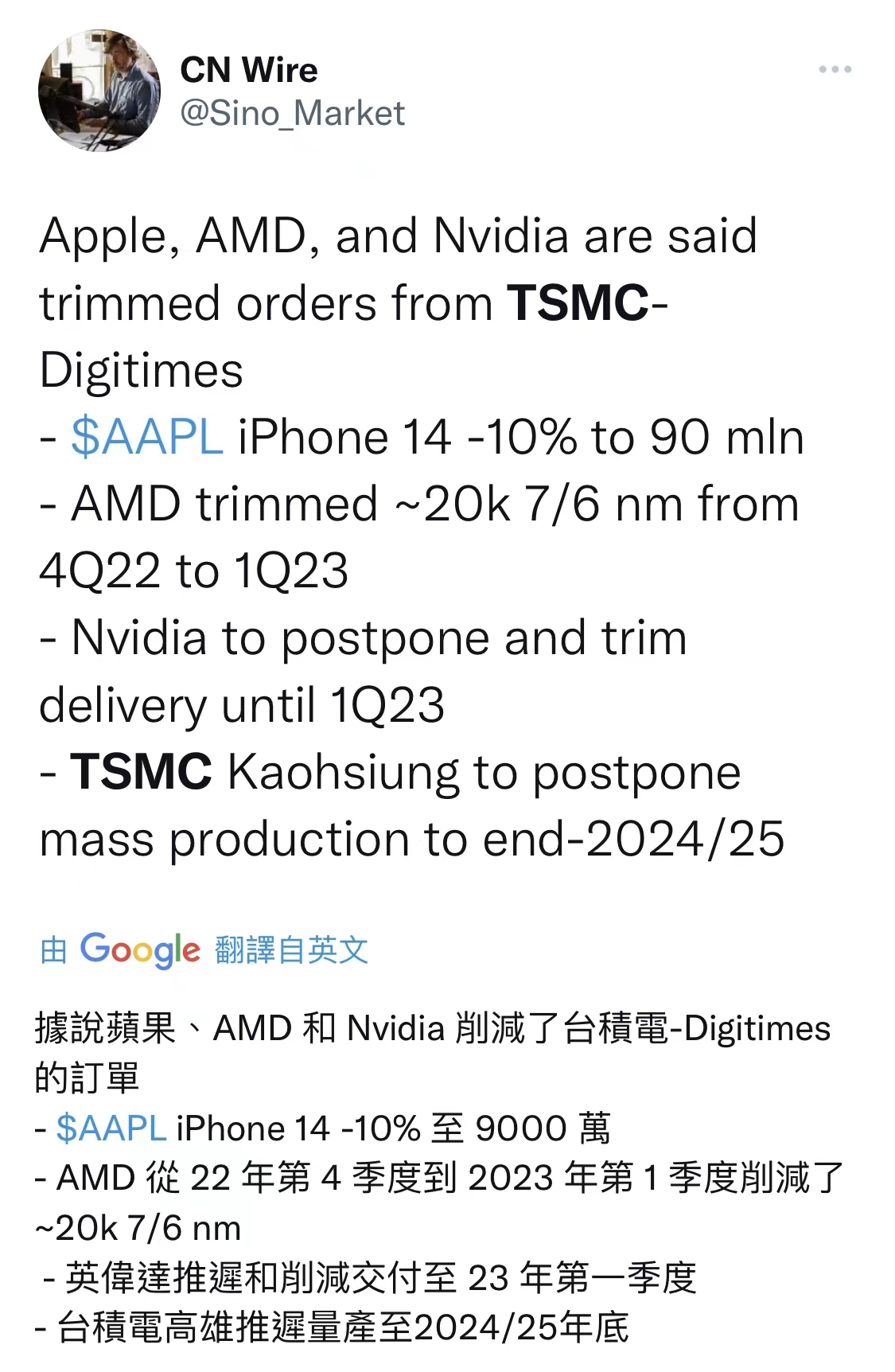 At present, both the consumer electronics market and commercial grade display chip demand is not small over the same period. Earlier, Nvidia announced that it was changing its strategy to focus more on the game player experience in the future. It's not hard to see how the collapse of mining cards has affected the normal market for game graphics cards, and Nvidia has ended its days of "lying back and making money." According to the sources, Nvidia has submitted requests to TSMC for order delays as late as the first quarter of 2023, with a large number of orders coming from consumer graphics cards. The pressure is on TSMC as it is also revealed that AMD, another big chip maker, will cut about 20,000 7nm and 6nm wafers between the fourth quarter of this year and the first quarter of next year. 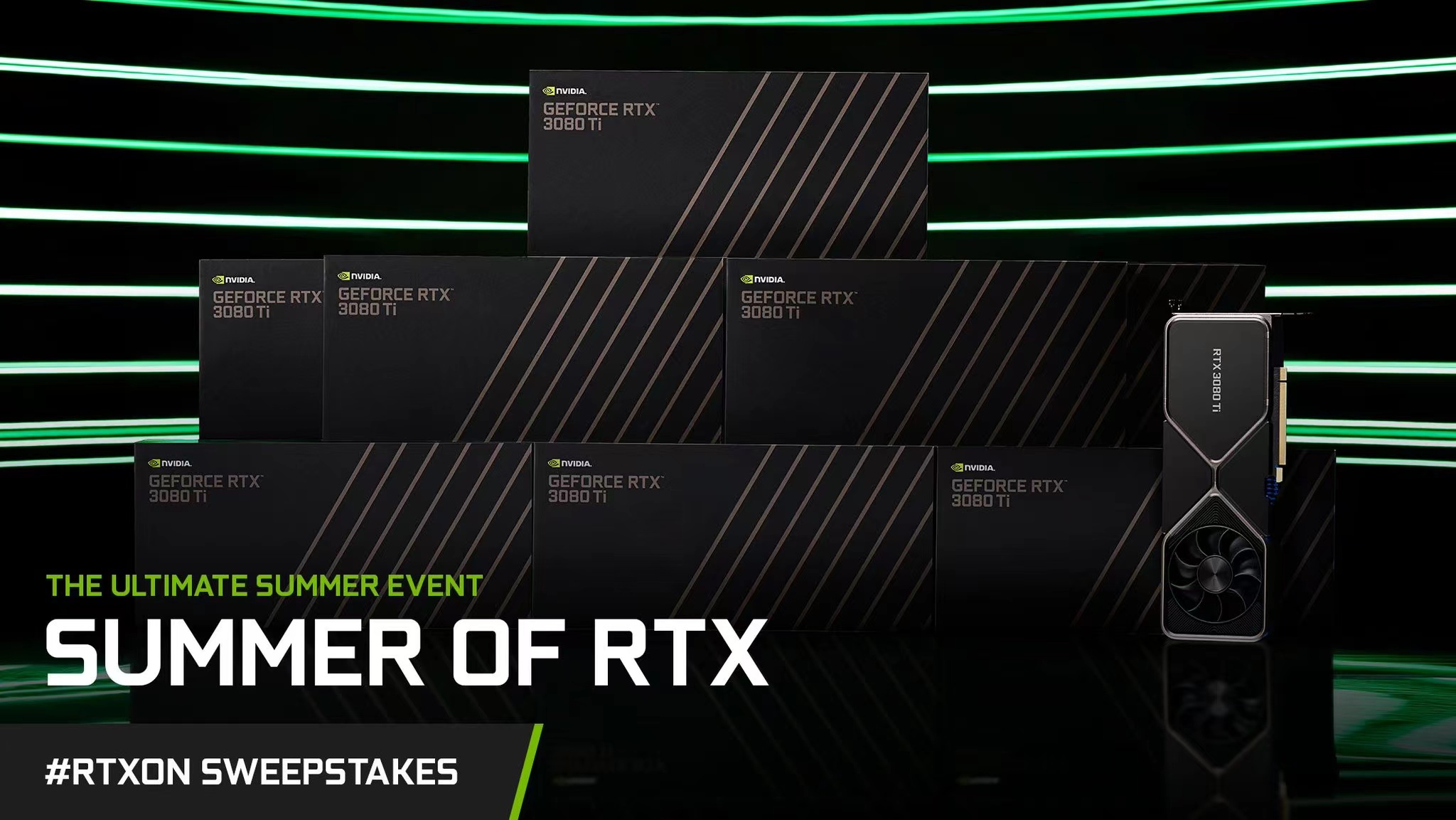 At its shareholders' meeting early last month, TSMC announced plans to build five new fabs this year, including those in China and Japan, covering 2nm, 3nm, 7nm and 28nm processes. But now, the three customers have cut/delayed orders one after another, and the new plant in Kaohsiung, which was supposed to start operation this year, has been basically confirmed to be delayed until the end of 2024, and will not start producing chips until 2025. With the combination of delayed shipments and weakened orders, game graphics cards could see a surge, continuing the vicious cycle of supply and demand imbalance. 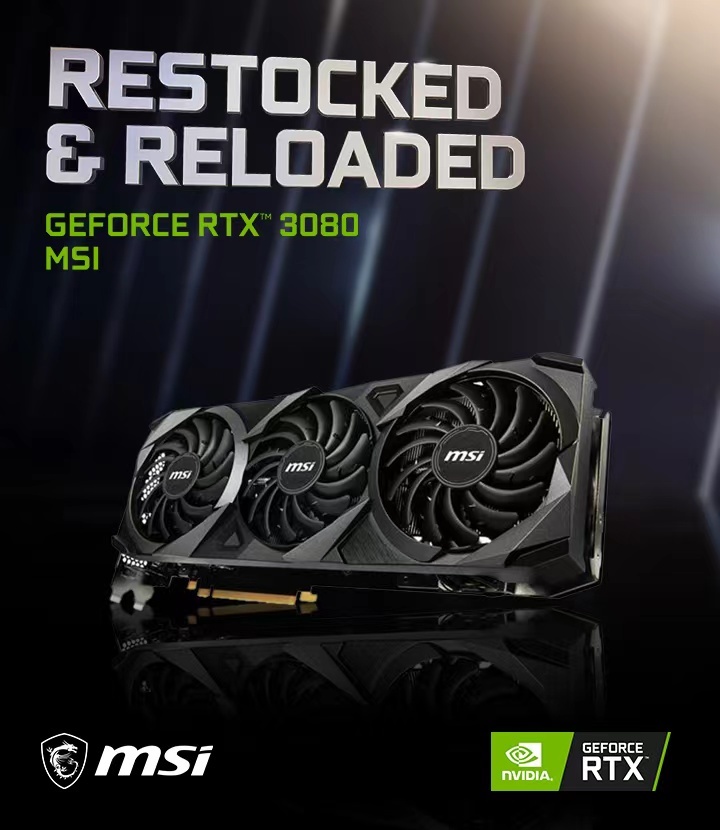 In fact, graphics card crash is not entirely from the currency circle turmoil. Earlier, market analyst Jon Peddie said that with new technologies that no longer use computer-generated Ethereum tokens and crypto demand diminishing, the crypto market will not show signs of warming up anytime soon. This means that the price chaos in the game graphics market caused by the mad buying of mining cards has long been improved. The lack of innovation in consumer electronics, as well as the lack of recent blockbuster games that demand graphics, has made consumers reluctant to upgrade, which is one of the reasons why Nvidia has shifted its strategy back to gaming.

Related news
For five years, AMD graphics cards surpassed NVIDIA for the first time!
Lu master Q2 graphics card ranking: AMD completely suppressed by NVIDIA
AMD and NVIDIA graphics cards continue to fall in price RTX 3090 a month cheaper than 1500 yuan
Graphics card prices have finally collapsed! NVIDIA and AMD have fallen to the bottom
The average price of AMD graphics cards is infinitely close to the original price NVIDIA still has a long way to go
Graphics cards are still crashing! AMD/ Nvidia massive order cuts: continued cuts to 1Q 2023
Hot news this week
Too many questions! Apple has changed the timing of the official release of iOS 16 series
Monkey acne cases have ranked first in the world that the United States has announced the emergency state of public health
Credit card points rule intensive adjustment online transaction points more "valuable"
High reserves and low cost experts: calcium ion batteries replace lithium batteries to stand up to the daily
Alibaba executives interpret financial results: the focus of the consumer side is no longer to attract new, but to do a good job in stratified operation
Losses in a single quarter of $ 23.4 billion a record, SoftBank did not carry the plunge of technology stocks and the devaluation of the yen
Sources say Samsung's Galaxy Z Fold4 is going up in price: a 512GB top unit will cost more than 13,000
The prevention and control of the American Monkey epidemic has failed. What should I pay attention to?
Is the micro -business headache? WeChat friends are suspected to have a big move: 7 can only be posted a week
The new product of Xiaomi MIX is coming: both internal and external dual -screen has been upgraded to make up for the previous generation.
The most popular news this week
AMD Zen4 has a "sweet spot" : The first wave of DDR5 is cannon fodder!
Xiaomi new flagship is issued tonight: the cost of light screen is the top of a Snapdragon 8+ flagship
Huawei Mate 50 September IP14! Multi -device collaborative crushing apples
After selling Tesla for $6.9 billion, Musk said he was not selling it, but a survey said he was still selling it. The title of the world's richest man may not be guaranteed next ye...
Distributed database OceanBase announced 4.0 product release, single -machine deployment performance is super mysql
The three major indexes of the US stocks opened sharply: ROBLOX fell more than 4%, Twitter and Tesla rose more than 3%
Japan has confirmed that China has overtaken the US for the first time in the world's top three indicators of scientific papers
A wake-up call for Apple? Foxconn says it is feeling the sting of slowing demand for smartphones
Joining Chip Alliance could serve as bridge, says South Korean Foreign Minister
Joe Biden also mentioned Chiplet? An unexpected A-share buzzword in A White House briefing