Apple became the second largest smartphone vendor in Q1 in 2022 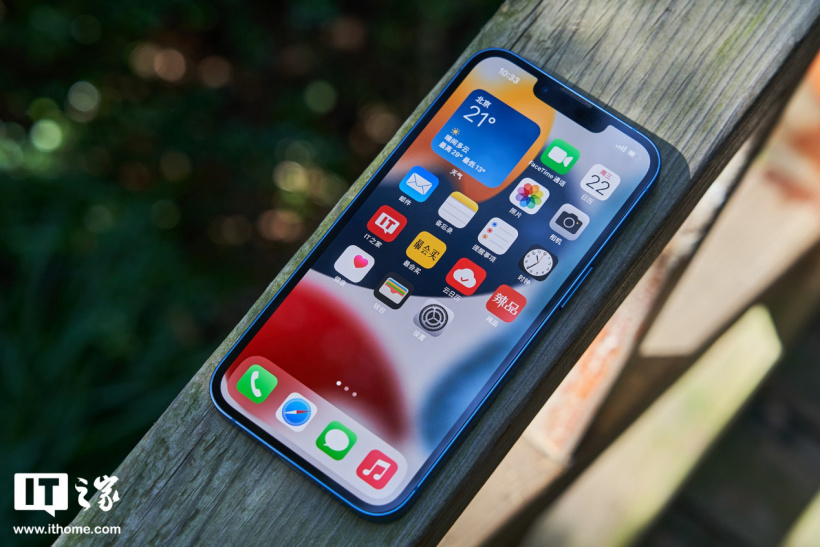 Samsung and Apple are vying for the top spot in the smartphone business, according to a BanklessTimes report. Samsung sold 73 million iphones in the first quarter of 2022, while Apple came in second with 56 million iphones, with a market share of 18 percent.

Apple's iPhone sales grew 2.2 percent year over year, according to the report. Apple was also the only player in the smartphone industry to post positive growth, as the global smartphone market fell 8.9%. 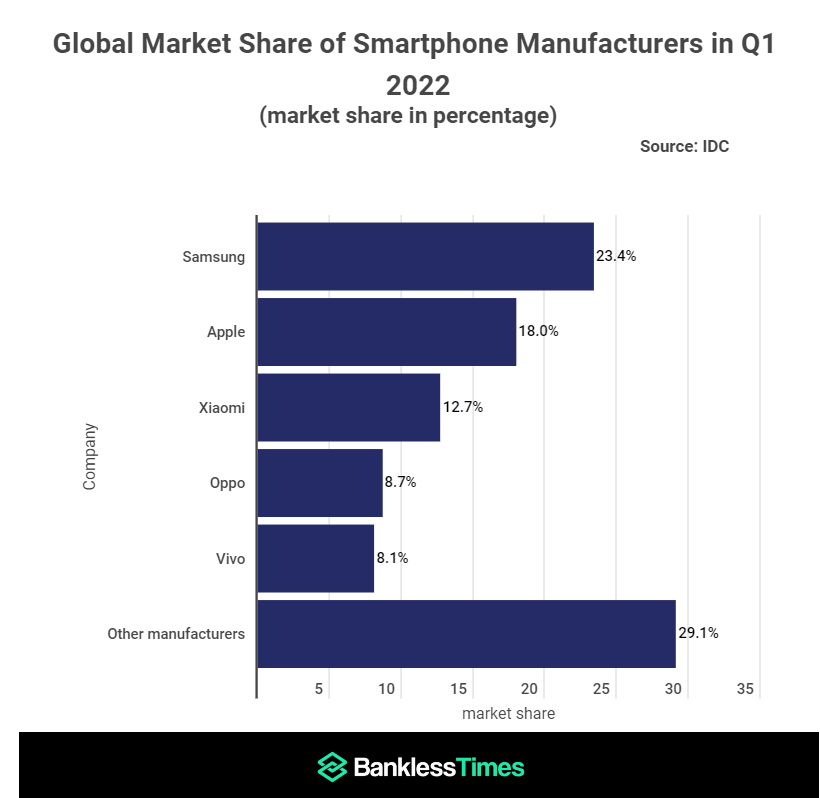 It's worth thinking about how Apple can compete with brands selling a wider range of smartphones -- most of which are much cheaper than the iPhone. Another previous Counterpoint Research study showed That Apple became the global leader in premium smartphone market in Q1 2022.

"Sales growth in the ultra-premium segment is driven by Apple and Samsung. The iPhone 13 Pro Max and iPhone 13 Pro together accounted for more than two-thirds of sales in the ultra-premium price segment, driven by strong sales growth in the US, China and Western Europe. In The Chinese market, in Q1 2022, the sales of the price segment above $1,000 (about 6,700 YUAN) increased by 176% year-on-year. This segment alone accounted for more than a fifth of the value of Smartphone sales in China this quarter. Apple emerged as the biggest winner after Huawei's decline in the high-end handset market. "China's high-end handset market still has potential and will be driven by upgrades, especially from Huawei's large customer base."

We'll have to wait and see how apple's iPhone 13 will look in new colors when it reports its June quarter earnings on July 28, following the disappointing iPhone SE 3, as well as the release of four iPhone 14 models in September.

Related news
2019 Apple iPhone shipments in China plummeted by 30% in 2019
Q1 mobile phone market data: Apple's retention rate fell to the third Huawei OPPO and Apple opened the gap
China's smartphone market cools down in Q1, and shipments will decline by 30%
Transfer Q1 second-hand mobile phone market: iPhone11 and other users enter the transformer cycle
Global smartphone shipments fell 11% year-on-year to 314 million units in Q1, according to the data
2022 Q1 China Smart Mobile SOC market share ranking: MediaTek Sitting first
Apple became the second largest smartphone vendor in Q1 in 2022
Hot news this week
Female graduate students leave school to give birth to the hot debate is hype? The husband has set up a webcast company
How much is 4G than 5G! Huawei Mate50 network speed detailed measurement 6799 yuan to buy explosion money?
It's hard to find a machine! Huawei Mate50's first sales: oxen can not buy the price of 10,000 yuan to grab the price
Huawei City's proportion is the first! Survey: Northerners love to use folding screens more than southerners
Our global car he is a special car for China! Saic Volkswagen and FAW-Volkswagen are fighting each other
Chongqing Xiaomi Consumer Finance Co LTD has been fined 500,000 yuan for misappropriating consumer loan funds
Are they really aliens? The US Navy confirms there are multiple UFO videos: but they cannot be made public
The second phase of the main structure of Xiaomi intelligent factory is completed to see the delivery at the end of next year
In order to change the iPhone 14: Women's net red sells old phones and comes with a large number of private photos
"Sheep a sheep" fire, is expected to attract hundreds of millions of financing? But it doesn't have a license...
The most popular news this week
Is Boeing envy? China Holy Purchase 332 Air Passenger Aircraft and China assembly 600th delivery
115 Web disk V30 version released: LOGO big change one -click backup WeChat content
Foxconn dismantles production line! The worst iPhone 14 sales ever: Apple failed
China's first pure electric convertible! Wuling Hongguang MINI EV Convertible Edition Listing: 99,900 yuan
Samsung applying for a dual -screen camera patent to support face recognition
There's a tidal wave of lying down, and ceos of big American companies are worried, saying, "Never seen anything like this."
Tesla sales response "disguised price reduction of 8000 yuan" : for the end of the quarter impulse, temporary activities
Apple iPhone 14 standard version is not good for sales, Lixun precision may face the risk of ordering orders
Billions of euros in investment, Intel Italy chip factory will be located in the Veneto region, sources said
China Mobile to develop 5G Tidal Smart Antenna: Where the crowd