Under the continuous high inflation, the "no expenditure challenge" detonated the Korean network

[Global Times special reporter Zhang Jing in South Korea] Under the high inflation, more and more Korean young people cut daily expenses to extremes. According to the South Korean "MT" website reported on the 18th, the 28 -year -old office worker, Cheng Zhengen, used the company's corporate card settlement in the name of the company's staff group, saving 3,000 won (about 15 yuan) per day. At the same time, he also changed the habit of weekend takeaway and changed to cook at home. Young Korean young people like Cheng Zhengen are still keen to participate in "no expenditure challenges" recently.

Since the beginning of this year, the Korean stock market has plummeted, and virtual assets such as Bitcoin have depreciated sharply, which has caused the wealth of young people in the country to shrink but spent soared. According to data from the South Korean Department of Statistics on the 18th, the consumer price index (CPI) of South Korea residents increased by 6.0%over the same period last year, reaching the highest value of nearly 24 years. In the first quarter, the "economic pain index" (that is, the sum of inflation and unemployment rates) was 9.0, the highest value since June 1999.

South Korea's "Asian Economy" reported that as the price continued to rise, the "expenditure -free challenge" topic aimed at the "no expenditure challenge" of clothing detonated the Korean network. From a person who lives alone to the four -mouth home, the topic participants have exposed the number and results of the days and achievements that have achieved zero overhead through social media platforms in the past week. Specifically, how to use the existing ingredients in the refrigerator to the greatest extent, search for free coffee coupons, meals, selling old things, and so on.

According to reports, South Korea ’s CPI has risen at a high level since this year, and the highest increase in diet prices has soared by 8%in June, a new high of nearly 30 years since October 1992 (8.8%). Volkswagen catering increases across the board. In this context, more and more office workers choose to solve lunch in the company's canteens or convenience stores. In addition, the frustration of investment has caused young people to turn to a more practical way of monetization, and the "Fast Fast Fast" participating in various activities and second -hand transactions has increased significantly. 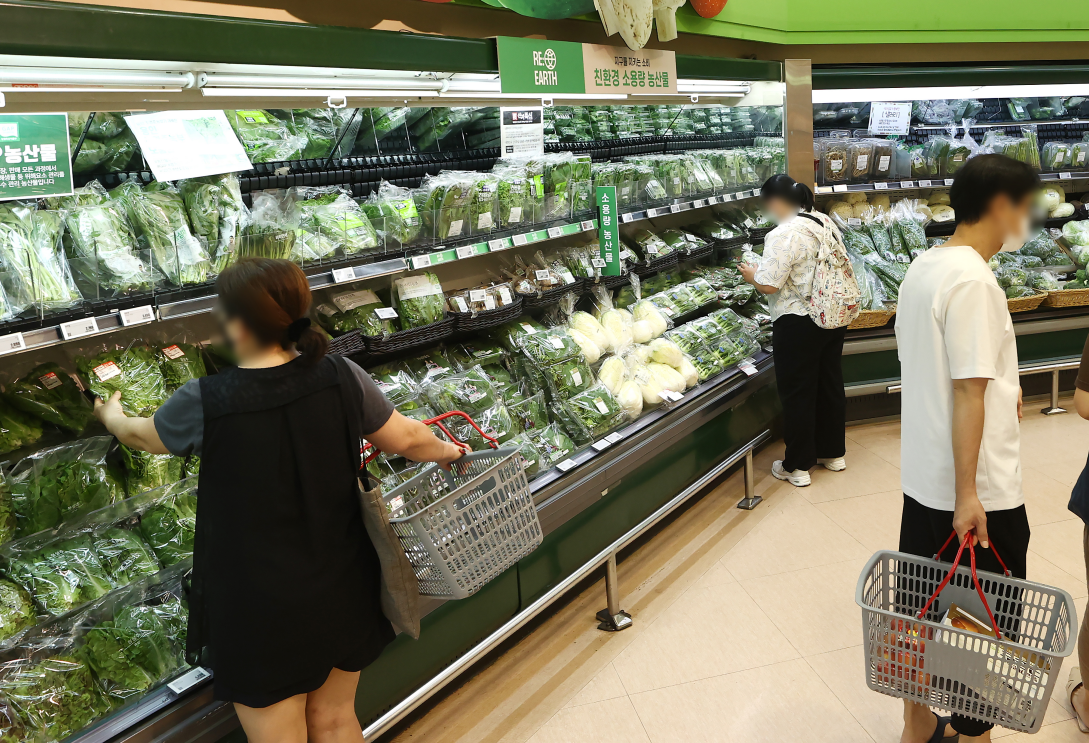 Some economic experts believe that consumers' frugal behavior will continue for a while. But if this extreme consumption behavior continues, it may lead to sluggish domestic demand and economic decline.

Related news
Brushing and shaking hands on the 43-inch vertical TV experience? Samsung launches The Sero TV (picture)
Under Armour works with Stonehenge Johnson to push Project Rock to customize wireless headphones (videos)
Samsung Galaxy Active 2 Smart watch will have three versions including Under Armour
Tencent calls on global talents to participate in the Trinity challenge to cope with major public health crisis with innovative thinking
Under the continuous high inflation, the "no expenditure challenge" detonated the Korean network
Hot news this week
Alibaba: Shareholders SoftBank will settle in advance for advanced payment in advance involving a maximum of about 242 million ADR
Biden signed a chip and scientific bill, a video call of WeChat iOS internal test suspension window, the advanced CPU caused Win11 to be difficult to use, Huawei new machines enter...
Text message color, picture quality compression! Google calls out Apple for improving cross-device messaging
How to regulate the "broken card" operation to crack down on electrical fraud to prevent "accidental injuries" with cards?
Musk's eyes! Lei Jun released a full -size humanoid robot Xiaomi self -developed strength explosion table
Japan has confirmed that China has overtaken the US for the first time in the world's top three indicators of scientific papers
SoftBank Group announced the early settlement of up to 242 million forward contracts for ADRs in Alibaba, reducing its stake to 14.6 percent
iPad 10 will be absent from iPhone 14 conference: October appeared on Apple's last non -comprehensive tablet tablet!
Kuaishou TOB business Yu Bing: Self -developed chips or mass production after the end of the year, the video must be turned into light industry
The three major indexes of the US stocks opened sharply: ROBLOX fell more than 4%, Twitter and Tesla rose more than 3%
The most popular news this week
Fabless customers cut back on chip orders affecting Q4 capacity utilization
Washington's suspicion of TIKTOK exacerbated: How will the Bayeon government weigh it?
Pinduoduo launched its cross-border e-commerce platform in the United States in September
Put an SSD in your phone: from 2,499 yuan
China's largest general purpose drone! The first five flights were successful
IPhone 14 to be released alongside Huawei Mate 50: Which bangs do you choose?
Tencent's agent of the Russian war online game announced the suspension: Customs Customs in October
Will the heat this summer cause the winter to be extremely cold? Expert science
New Intel NUC Mini! First time with Core P 12 and a castrated version
Lenovo and Motorola are involved in the case! US ITC launched 337 surveys on mobile electronic devices