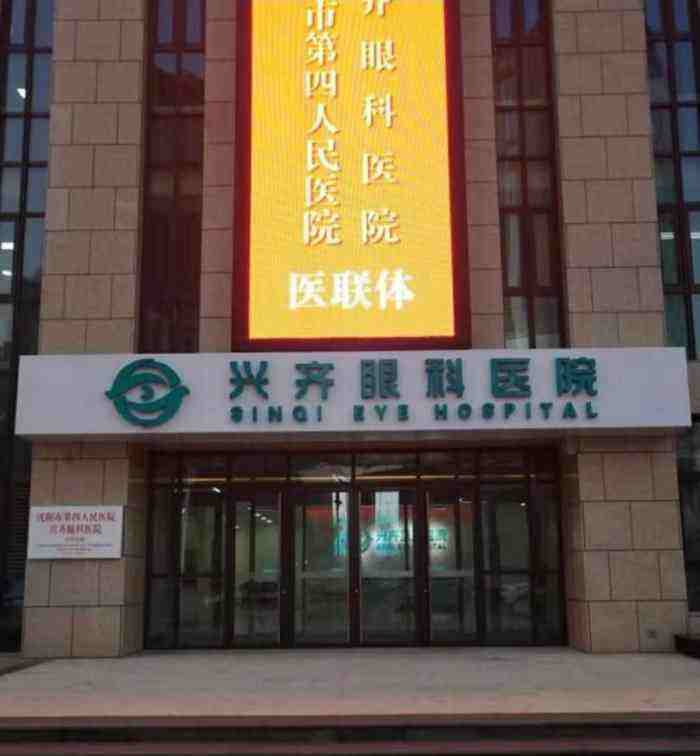 Atropine eye drops, originally a dilated optometry drug, has been found to have a certain role in preventing and controlling the progression of myopia in recent years. In October 2021, the National Health Commission issued the Appropriate Technical Guidelines for the Prevention and Control of myopia in Children and Adolescents (Updated version), which suggested the use of atropine eye drops in formal medical institutions under the guidance of doctors.

Shenyang Xingqi Eye Hospital is a wholly-owned subsidiary of Xingqi Eye Medicine co., LTD. (300573), with Internet hospital qualification and atropine sulfate eye drops. Previously, patients across the country could buy the product through the Internet hospital platform. At the end of June this year, there was market news that Internet hospitals will limit the issuance of hospital preparation atropine, causing changes in the ophthalmic sector including Xingqi Ophthalmic medicine.

At that time, a reporter from Thepaper.cn, as an investor, contacted the department of Xingqi Eye Medicine securities. A staff member said on the phone that the company had not received relevant notice and wanted to prescribe atropine eye drops and other drugs. The patient registered at the hospital through the Internet and received a doctor's diagnosis and treatment to issue relevant prescriptions.

In addition to Xingqi Eye Hospital, there are other domestic institutions that have atropine eye drops with the nature of hospital preparations. For example, on November 18, 2021, Shandong Eye Hospital approved 0.01% atropine sulfate eye drops for market use. Aier Eye Hospital, Ho eye Hospital and other private eye hospitals also have such products.

As for whether there is compliance risk in selling hospital preparations through Internet hospital channels, the above staff said that it has not been said that this mode can not be done. A lawyer concerned with the medical field told thepaper.cn that currently, China only forbids online hospitals from prescribing narcotic drugs, psychotropic drugs and other drugs with high drug risks and other special regulations, but does not explicitly prohibit the prescribing of hospital preparations such as tropin eye drops.

The lawyer believes that if the Internet hospital is in accordance with the drug Administration Law, Internet Diagnosis and Treatment Management Measures (trial), Internet Hospital management Measures (trial) and other legal norms prescribed procedures for patients to open and mail, is not illegal. Possible legal risk mainly lies in the diagnosis and treatment compliance of the Internet problem, diagnosis and treatment process and formulation of the issue should be in accordance with the procedures prescribed by the laws and regulations, and can only be in the medical institutions by practicing doctors or assistant practicing doctors prescription, and in the "practice license of medical institution" diagnosis and treatment scope is consistent, Online hospitals are not allowed to sell preparations in disguise, otherwise they will be punished by drug regulatory authorities.

Lawyers also pointed out that the hospital preparation, after all, is not a registered drug only a complementary form of drug, even though the Internet issue of compliance, hospital drug regulatory departments should be based on the characteristics of Internet hospital, issued a lot of similar to Internet hospital preparations and related tropic eye drops for safety assessment, and relevant regulations, to regulate, Plug loopholes, in order to ensure the safety of the people's drug use.

Related news
[animation] Microsoft demonstrates eye contact function: make video chat face-to-face
Affected by the news, 10 billion eye medicine leading stock price diving, once fell more than 19%
Xingqi Eye Internet Hospital has suspended the online sale of atropine eye drops, a miracle medicine for myopia
Hot news this week
Too many questions! Apple has changed the timing of the official release of iOS 16 series
Monkey acne cases have ranked first in the world that the United States has announced the emergency state of public health
Credit card points rule intensive adjustment online transaction points more "valuable"
High reserves and low cost experts: calcium ion batteries replace lithium batteries to stand up to the daily
Alibaba executives interpret financial results: the focus of the consumer side is no longer to attract new, but to do a good job in stratified operation
Losses in a single quarter of $ 23.4 billion a record, SoftBank did not carry the plunge of technology stocks and the devaluation of the yen
Sources say Samsung's Galaxy Z Fold4 is going up in price: a 512GB top unit will cost more than 13,000
The prevention and control of the American Monkey epidemic has failed. What should I pay attention to?
Is the micro -business headache? WeChat friends are suspected to have a big move: 7 can only be posted a week
Alibaba's first quarter revenue in the first quarter of fiscal year 2023 was 205.56 billion yuan in net profit of 30.25 billion yuan
The most popular news this week
AMD Zen4 has a "sweet spot" : The first wave of DDR5 is cannon fodder!
Xiaomi new flagship is issued tonight: the cost of light screen is the top of a Snapdragon 8+ flagship
Huawei Mate 50 September IP14! Multi -device collaborative crushing apples
After selling Tesla for $6.9 billion, Musk said he was not selling it, but a survey said he was still selling it. The title of the world's richest man may not be guaranteed next ye...
Distributed database OceanBase announced 4.0 product release, single -machine deployment performance is super mysql
The three major indexes of the US stocks opened sharply: ROBLOX fell more than 4%, Twitter and Tesla rose more than 3%
Japan has confirmed that China has overtaken the US for the first time in the world's top three indicators of scientific papers
A wake-up call for Apple? Foxconn says it is feeling the sting of slowing demand for smartphones
Joining Chip Alliance could serve as bridge, says South Korean Foreign Minister
Joe Biden also mentioned Chiplet? An unexpected A-share buzzword in A White House briefing