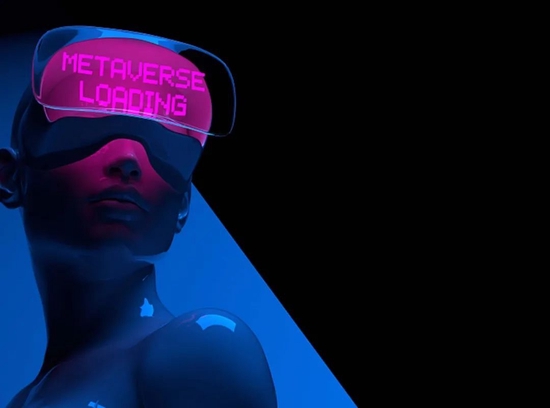 Digital collection in the domestic fire less than half a year, ushered in the first shuffle.

According to Jiemian, Tencent is planning to eliminate the "phantom core" business this week. Tencent Phantom Core is Tencent's digital collection platform, which was launched in August 2021, less than a year ago. Unreal Core is an innovative business of Tencent PCG.

According to The China Times, Unreal Nuclear told reporters: we have not received relevant notice, the current operation as usual. At present, we are preparing a new version of App and upgrading the experience of old collections. The sale of new collections will be delayed. However, the phantom nucleus did not deny whether the phantom nucleus will be removed, did not tell reporters that the news is "rumors."

Even if Tencent does cut the "phantom core" business, it does not mean that Tencent has completely given up blockchain. Industry speculation, at least "magic core" relying on the letter chain will still operate normally. Based on Tencent Cloud, Zhixinlian is a blockchain platform jointly built by Tencent, China Net Security and Fengtiaolishun. At present, it has provided blockchain services for Xinhua News Agency, People's Cultural Innovation, Beijing Municipal Bureau of Cultural Heritage and China Media Group.

The NFT craze in China originated in June 2021, when Alipay jointly released two NFT skins with dunhuang Fine Arts Research Institute, and the price was once inflated to more than 1 million yuan. 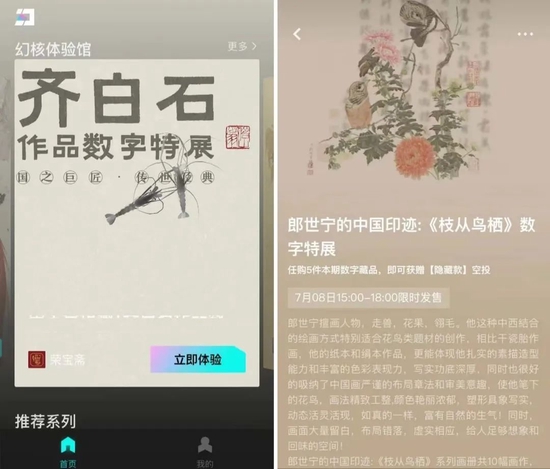 Since April and May, however, market sentiment has shifted from a very euphoric state to pessimism. "You can tell from the conversation that no one is buying because there is no profit at the moment." "While the number of new users is declining and the number of platforms is increasing, we are already seeing a clear trend that many platforms are not selling, even the big companies are not selling," Huang Kai, director of Shuzang Ship, told Geek Park.

According to Jiemian, the first batch of "Thirteen Invitation vinyl NFT", which was limited to 300 copies, sold out in one second when Unreal Core launched, but the digital collection of Unreal Core has been slow to sell in the past month. Phantom core issued on June 21 "Hongyi master calligraphy maxim screen digital best" unsalable total of 20245 pieces, on June 17 issued on the wood watermark "ten Bamboo Zhai Painting" series of 8206 pieces unsalable.

In February and March, phantom Core sales were so good that they sold out almost immediately after launch. Many buyers feel that even unknown small platform products can earn a lot, so the magic of the core under the big factory should be able to earn more. If the future magic core can open the secondary circulation market, then the purchase of magic core products will increase in value.

However, the greater the illusion of the big factory, the higher the risk. "The amount of money that digital collections can make is nothing for Tencent. As the regulatory policy is not clear, Tencent does not need to take risks to open a secondary market." Says Lucy, who started building a digital collection solutions platform last year.

With the arrival of the bear market in the overseas NFT market, it has also affected the domestic market. "People think there is a risk of bubble bursting, but the Phantom Core is very determined not to open a circulation platform. Phantom core products have become the first to sell." "She analyzed.

For Tencent, when the digital collection can not sell, and can not take the risk of the policy to open the secondary market to boost the market, the new business "cornered", the quick money business, also basically to come to an end.

The "IQ tax" formula has failed,The second half begins

Why are digital collections so popular? A Ze, the managing director of a digital collection platform, observed that 80 percent of the early buyers of digital collections came from scalpers who speculated on shoe rings, Moutai rings and ticket rings. "These people realize that this is profitable, and they have a large user base in their hands." These users are mainly born after 1995, with an overwhelming male majority, "belonging to the unsophisticated category".

Soon, this attracted the attention of black production, a member of the network security team told us that because of the value of the digital collection was initially hyped up, they monitored that around March this year, the number of black production intelligence also began to explode.

The black industry will monitor the situation of major activities on the NFT sales platform in real time, sort them into tables, share them in the group and update them every day. Then write a program to buy, and then resell, the whole process of profiteering and illegal. The boost of black production, further let the hype in this field more crazy.

Many digital collections have little value in themselves and are aesthetically uncompetitive. "The current digital collection is so unhealthy that few people care about whether it has artistic value in itself, whether they really like it or have collectable value. All I care about is making money."

Sun Quan found that some institutions will go to the digital collection platform, or the platform will find them, discuss with each other how to design the gameplay, and reveal how to hype in advance.

Zhou Yu beat Huang Gai. Each wanted to be beaten by the other. Investors are taking a chance, thinking they can make a profit by changing hands. A not exclusive Xu Beihong digital ink horse collection can be sold to the unit price of 128 yuan, and sold seconds empty. "What you're buying is a picture. There are very few copyrighted products. It doesn't make sense."

"An industry that runs on unhealthy hype is certainly not sustainable." Huang kai thinks, "People in the industry also hope or call for the state to preserve the transfer of digital products as much as possible, while avoiding its financialization, avoiding its hype. This depends on the policy of the country. I am afraid that this market is now damaged by some small platforms, the country came out with a one-size-fits-all policy, directly blocked circulation. That would be devastating to the industry."

Related news
Embrace 5g blue ocean second generation AMD epyc processor to help telecom enterprises move towards Web3.0
Musk: Right now Web3 is more of a marketing slogan than a reality
Parsing Web3: confusing visions of the future of technology
Wall Street elites "flocked" to Web3
Countless entrepreneurial companies into sacrifices to advocate the Web3 has not taken off
Cryptocurrency libra is dead, and web3 is the future of the Yuan universe?
The excitement and calmness of the large-scale application of Web3.0 still need time to test
Tencent's Web3 dream, less than a year "burst"?
Tencent's web3 dream, it will be shattered in less than a year?
Hot news this week
Biden signed a chip and scientific bill, a video call of WeChat iOS internal test suspension window, the advanced CPU caused Win11 to be difficult to use, Huawei new machines enter...
How to regulate the "broken card" operation to crack down on electrical fraud to prevent "accidental injuries" with cards?
Musk's eyes! Lei Jun released a full -size humanoid robot Xiaomi self -developed strength explosion table
Japan has confirmed that China has overtaken the US for the first time in the world's top three indicators of scientific papers
iPad 10 will be absent from iPhone 14 conference: October appeared on Apple's last non -comprehensive tablet tablet!
Kuaishou TOB business Yu Bing: Self -developed chips or mass production after the end of the year, the video must be turned into light industry
The three major indexes of the US stocks opened sharply: ROBLOX fell more than 4%, Twitter and Tesla rose more than 3%
The global streaming media have increased the animation circuit is becoming a new "breakthrough" for Youaiteng
After selling Tesla for $6.9 billion, Musk said he was not selling it, but a survey said he was still selling it. The title of the world's richest man may not be guaranteed next ye...
Meizu Pandaer Great: All products are reduced by 200 and 30 -containing mobile phone cases, heat dissipation back clamps
The most popular news this week
Pet dog infecting monkey acne suspected "Human Poor" American CDC Reform Control Guide
Space Launch System to Fly for First Time
Tencent's second-quarter net profit fell 56% from a year earlier to 18.6 billion yuan
Fabless customers cut back on chip orders affecting Q4 capacity utilization
Washington's suspicion of TIKTOK exacerbated: How will the Bayeon government weigh it?
Pinduoduo launched its cross-border e-commerce platform in the United States in September
Put an SSD in your phone: from 2,499 yuan
China's largest general purpose drone! The first five flights were successful
IPhone 14 to be released alongside Huawei Mate 50: Which bangs do you choose?
Tencent's agent of the Russian war online game announced the suspension: Customs Customs in October