The game industry is not good for the past six months: less income, and fewer people playing games

For any industry, half a year is enough to conduct a comprehensive review. The game industry is often in the center of public opinion and discussing hotspots.

On July 21, the China Audiovisual and Digital Publishing Association (hereinafter referred to as the "China Audio Digital Association") Game Working Committee and the China Game Industry Research Institute released the "China Game Industry Report from January to June 2022". The report shows that in the first half of this year, the actual sales revenue of the Chinese game market was 147.789 billion yuan, a year -on -year decrease of 1.8%; the number of users was about 666 million, a year -on -year decrease of 0.13%.

On the same day, under the guidance of the China Innocence Association, the "Science and Technology Productive Productivity" forums of the "Digital Integration process" forums co -sponsored by the China Soundrum Association Working Committee and the China Game Industry Research Institute once again focused on the development possibilities of the game industry.

Ao Ran, executive vice chairman and secretary -general of the China Sounds Association, said: "The game is not only played, but also more than culture. Scenes'." 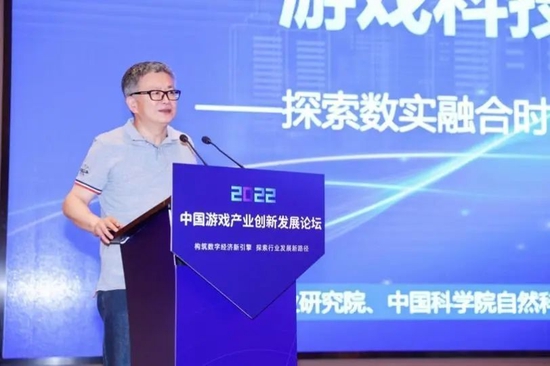 According to the above report, in the first half of this year, the development of the Chinese game market was blocked, and the sales revenue and the user scale were doubled year -on -year. The main reason is still the repeated impact of the epidemic, which has led to a decrease in user income and a decrease in consumption willingness. At the same time, corporate costs are high.

As a content industry, users are one of the core elements of the industry's development. The report data shows that the number of users in the gaming industry reached a peak of 667 million in the Spring Festival in 2021, and has not been broken since then. In the past year and a half, it has fluctuated slightly from 666 million. 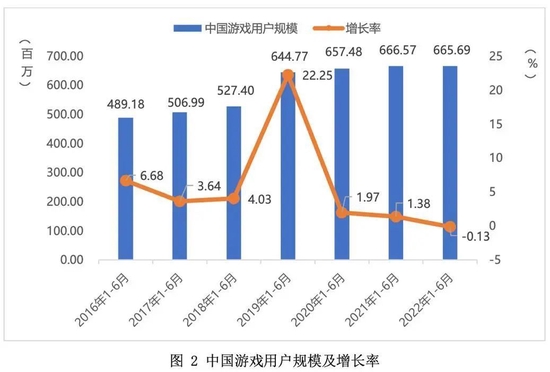 In the first half of this year, the decline in users' scale showed that the "demographic dividend" of the current game industry has basically disappeared, and the industry may have entered the era of stock competition.

Seeing the number of users, the quality is undoubtedly the next "engine". In fact, under the influence of the epidemic, in terms of deepening the protection of minors, enhancing research and development operations, strengthening digital technology applications, and accelerating the cross -border integration of industrial industry, industry head enterprises have done a lot of improvement work.

Taking the protection of minors as an example, as a key improvement in the game industry for a period of time, major head enterprises have launched the youth model to limit the game duration and recharge behavior. The proportion of minors from Tencent, China Mobile Games, Netease and other companies has further decreased. According to Gamma data reports, in 2021, more than 80 % of the minors were supervised by game anti -induction systems.

In the era of domestic competition in users, it is bound to further promote gaming companies to go to sea.

In recent years, the growth rate of sales revenue in overseas game markets has continued to increase higher than domestic sales revenue. The report shows that in the first half of this year, Chinese companies continued to actively deploy overseas. China's independent research and development game revenue overseas reached US $ 8.989 billion, an increase of 6.16%year -on -year. 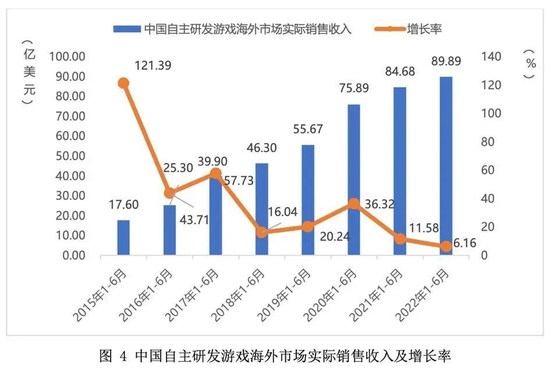 Tencent and NetEase are actively expanding overseas markets. In addition, many Internet giants have also joined. For example, the streaming giant Nai Fei has previously announced the entry game, and Microsoft's acquisition of Activision Blizzard shocked the industry. The addition of giant players will undoubtedly make the competition in overseas markets more intense.

In the era of accelerated technology, the value of the game is further restructuring and defining.

"Games are an important part of the digital economy, and the game technology has also become an important force for helping the" real integration ". The game is not only played, but also more than culture. Composition, constantly creating new value and new possibilities' super digital scenes. "Ao Ran said.

In the field of game, the upgrade of technology often means double the experience. But the potential of game technology is far more than that. Past experience has proved that the game industry and technology have been complementary.

For example, the game "The Island Crisis" born in 2007, its outstanding picture performance and extremely high graphics card performance requirements help the rapid development of the graphics card industry. "Game Technology -New Technology New Cluster in Digital Fusion" shows that the contribution rate of game technology to the technological progress of the chip industry is 14.9%, which has become an important component of the chip industry technology cluster. 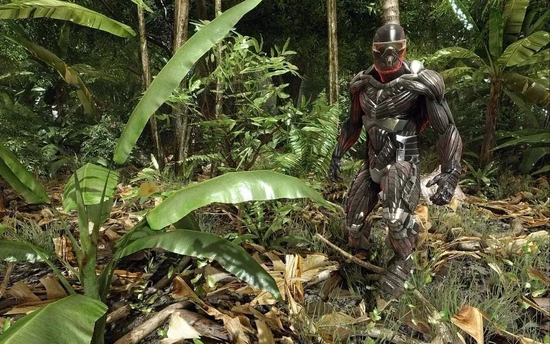 In addition, game technology also contributed 46.3%and 71.6%of the high -speed communication network industry and AR/VR industries, respectively. "Gaming technology will become an important infrastructure of the next generation of the society." Ao Ran said.

Ao Ran said that the game program represents the advanced nature and creativity of a country in the field of computer artificial intelligence. In the future, technical units such as game engines, virtual people, cloud games, and XR in game technology may become an important infrastructure of the next generation of real -integration society, and become an important area for the scientific and technological game of great powers.

In fact, today's gaming technology has gradually broken through traditional fields and is applied to a wider social field.

In addition to the fields of cultural tourism, civil tourism, and film production, which has been widely discussed and practiced, game technology has also made new breakthroughs in the field of medical and medicine. It is reported that the current gaming technology has begun related applications in emerging fields such as auxiliary diagnosis and treatment, drug research and development, simulation training.

"Looking back at the development history of the game, from the 1960s to the 1970s, the situation of the United States and the Soviet Union around the game programming and showing the competition of scientific and technological competition was still vivid. Today, at the time of a new round of scientific and technological revolution, game technology has once again become digital technology again. Combined with the hot words of the digital industry. In summary, the importance of video game -related technologies in the integration of society determines the research and industrial value of this digital technology cluster. "Ao Ran said.

Related news
Facebook acquires sanzaru games, a VR game production company
After Sony and Microsoft, Epic Games also announced its exit from GDC 2020
Netflix announced 65 million euros to acquire Finnish game developers next Games
What is the logic behind the proposed €65 million acquisition of Next Games Netflix?
Sony, Lego parent company invested heavily in Epic Games, how did the game engine business grow?
Tesla China First Shatters Delivery Record in Six Months amid Covid's Fading
Hot news this week
Biden signed a chip and scientific bill, a video call of WeChat iOS internal test suspension window, the advanced CPU caused Win11 to be difficult to use, Huawei new machines enter...
How to regulate the "broken card" operation to crack down on electrical fraud to prevent "accidental injuries" with cards?
Musk's eyes! Lei Jun released a full -size humanoid robot Xiaomi self -developed strength explosion table
Japan has confirmed that China has overtaken the US for the first time in the world's top three indicators of scientific papers
iPad 10 will be absent from iPhone 14 conference: October appeared on Apple's last non -comprehensive tablet tablet!
Kuaishou TOB business Yu Bing: Self -developed chips or mass production after the end of the year, the video must be turned into light industry
The three major indexes of the US stocks opened sharply: ROBLOX fell more than 4%, Twitter and Tesla rose more than 3%
The global streaming media have increased the animation circuit is becoming a new "breakthrough" for Youaiteng
After selling Tesla for $6.9 billion, Musk said he was not selling it, but a survey said he was still selling it. The title of the world's richest man may not be guaranteed next ye...
Meizu Pandaer Great: All products are reduced by 200 and 30 -containing mobile phone cases, heat dissipation back clamps
The most popular news this week
Pet dog infecting monkey acne suspected "Human Poor" American CDC Reform Control Guide
Space Launch System to Fly for First Time
Tencent's second-quarter net profit fell 56% from a year earlier to 18.6 billion yuan
Fabless customers cut back on chip orders affecting Q4 capacity utilization
Washington's suspicion of TIKTOK exacerbated: How will the Bayeon government weigh it?
Pinduoduo launched its cross-border e-commerce platform in the United States in September
Put an SSD in your phone: from 2,499 yuan
China's largest general purpose drone! The first five flights were successful
IPhone 14 to be released alongside Huawei Mate 50: Which bangs do you choose?
Tencent's agent of the Russian war online game announced the suspension: Customs Customs in October