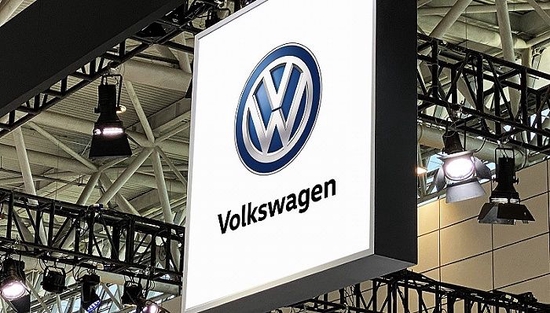 "After the first half of 2022, many of us are looking forward to a well -deserved summer vacation." Herbute Dis, CEO of Volkswagen Group, released dynamics in social media. Thanks to employees for their work in the first half of the year, but Just a few hours later, he received the news that he was about to leave.

On July 22, local time in Germany, Volkswagen Group announced that the Group CEO Herbert Dis will leave at the end of August after finishing the meeting of the Supervisory Board. His original contract was expired in 2025. Position.

During his tenure, Disley promoted the electrification of the public. In May this year, he said: "Our goal is still keeping up with them (Tesla) and may catch up with them by 2025."

"Herbert Dis has played a key role in promoting the transformation of the company." Hans Dieter Pötsch, chairman of the Board of Directors of Volkswagen, affirmed Dis's achievements in electrification in a statement.

However, the process of Volkswagen's transformation to electrification was not smooth. Volkswagen ID.3 pure electric vehicles were previously exposed to delivery due to major "software problems". In the near future, the R & D progress of the Software Department of the Volkswagen Group has lagged behind the plan, which has also led to an extension of electric vehicles from multiple sub -brands such as Audi, Bentley, Porsche.

At the same time, Dis's radicals of electrifying and his work style have also caused him to question him, especially his actions in layoffs and controlling costs.

During the period of Dis's CEO of Volkswagen, Volkswagen announced that 30,000 people were layoffs worldwide, which will help the company to reduce the expenditure of 3.7 billion euros. Such actions have caused the dissatisfaction of the union.

During his tenure, Dis conflicted with the labor leaders of Volkswagen, while the latter had about half of the votes in the board of supervisors. These issues have laid hidden dangers for the departure of Dis.

He has criticized the German government to underestimate the influence of the Chinese market, saying that half of the 20,000 to 30,000 Volkswagen R & D personnel in Germany work for Chinese customers. The bonus is generated in China. "

The day before Dis's upcoming news was announced, he also talked about the two major challenges of the public in the Chinese market in social media:

"In the entry -level market, we must and are also being optimized for cost; in the high -end market, we need to focus on developing the#辅“ ““ ““ ““ ““ ““ ““ ““ Cariad's research and development capabilities in China will also consider acquiring outstanding software companies in China.

The senior executive of Volkswagen Group, Porsche CEO Obo will take over Dis's position. Compared with Dis, Obuli has deepened the foundation of the public. As early as 1994, he joined Audi. He was promoted to the chairman of the Board of Directors of Porsche in 2015 and then entered the Board of Management of Volkswagen Group in 2018.

He commented on Dis's broad vision for cars, "this obviously caused a certain friction." For the successor, he said: "When I saw Obuli coming in, I saw a car man coming in again."

Related news
Volkswagen CEO: you can only overtake Tesla if you keep up with it
CEO Zhang Nan, China's CEO Zhang Lidong as chairman tiktok
VW CEO says there is no revenue loss of 2 billion per week outside the Chinese market
The English name of Chinese liquor has been changed: Chinese Baijiu has been officially launched
Tesla's Chinese Rivals See Record Monthly Delivery on Further Recovery from Covid
Tencent CSIG Creates Enterprise & Government Business Line
Volkswagen CEO Dis will leave the world to create a global CEO in charge of Chinese business first
Volkswagen CEO Dis suddenly resigned: Musk expressed his views
Hot news this week
With the NIL technology, Canon wants to provide China with a lithography machine comparable to the EUV
Genius hacker Geohot promised Musk 12 weeks to fix Twitter search, but posted for help because he wouldn't react
Google's parent company is planning to cut tens of thousands of jobs
The Long March 9 is basically confirmed: the low-orbit carrying capacity of 150 tons can carry the entire space station into space
A small plane in the US has crashed into a 30-metre high voltage power line and got stuck: 80,000 people affected
Can recording others' wechat chat records be used as evidence? The Beijing Internet Court has an answer
Alibaba launched a new cross-border e-commerce platform in Spain, aiming to operate independently in the middle and high-end market
Google is concerned that Microsoft's acquisition of Activision Blizzard will affect the ChromeOS experience
The second generation Snapdragon 8 flagship! Mi 13 toughened film appeared: four sides and other narrow screen accounted for a stable ratio
A Tesla crashed into two cars in Taizhou, Zhejiang province, killing two and injuring one, police said
The most popular news this week
The most controversial generation of Windows: Vista turns 16!
Apple lost $56.1 billion on Black Friday! Production of the iPhone 14 is expected to drop by nearly 10 million units
Chinese storage stands up: SSD forced overtaking! World giants like Samsung lag behind
QQ membership via SMS has become a thing of the past: Tencent officials said the relevant business functions have been offline
Two men ransacked an Apple store and made off with more than 200,000 products: a textbook move by the employees
South Korea 2-1 Portugal repeat Asian miracle: Lei Jun with Xiaomi 13 thumbs up
The standard version is unbeatable and sells for 3,999 yuan for Mi fans
Two new Huawei devices are ready to launch: one is more creative
For the first time ever! NVIDIA graphics card to play the game flash screen must refresh the BIOS
Samsung Galaxy Z Flip5 exposure: Larger screen, fewer creases