Microsoft has now sold the win11 license to DIY users

IT House News on July 24. Last October, Microsoft launched the Windows 11 system, all Win10 users can upgrade for free. But it was not until recently that Microsoft began to provide a Win11 license to DIY retail users.

Today, PCMAG found that Microsoft added some new Windows 11 purchasing options, and began to launch Win11 retail services for DIY users and custom PC manufacturers. Of course, Microsoft has not even carried out any publicity, so we cannot determine when to join. However, some previous files can be found that these options have not appeared at least in May this year. 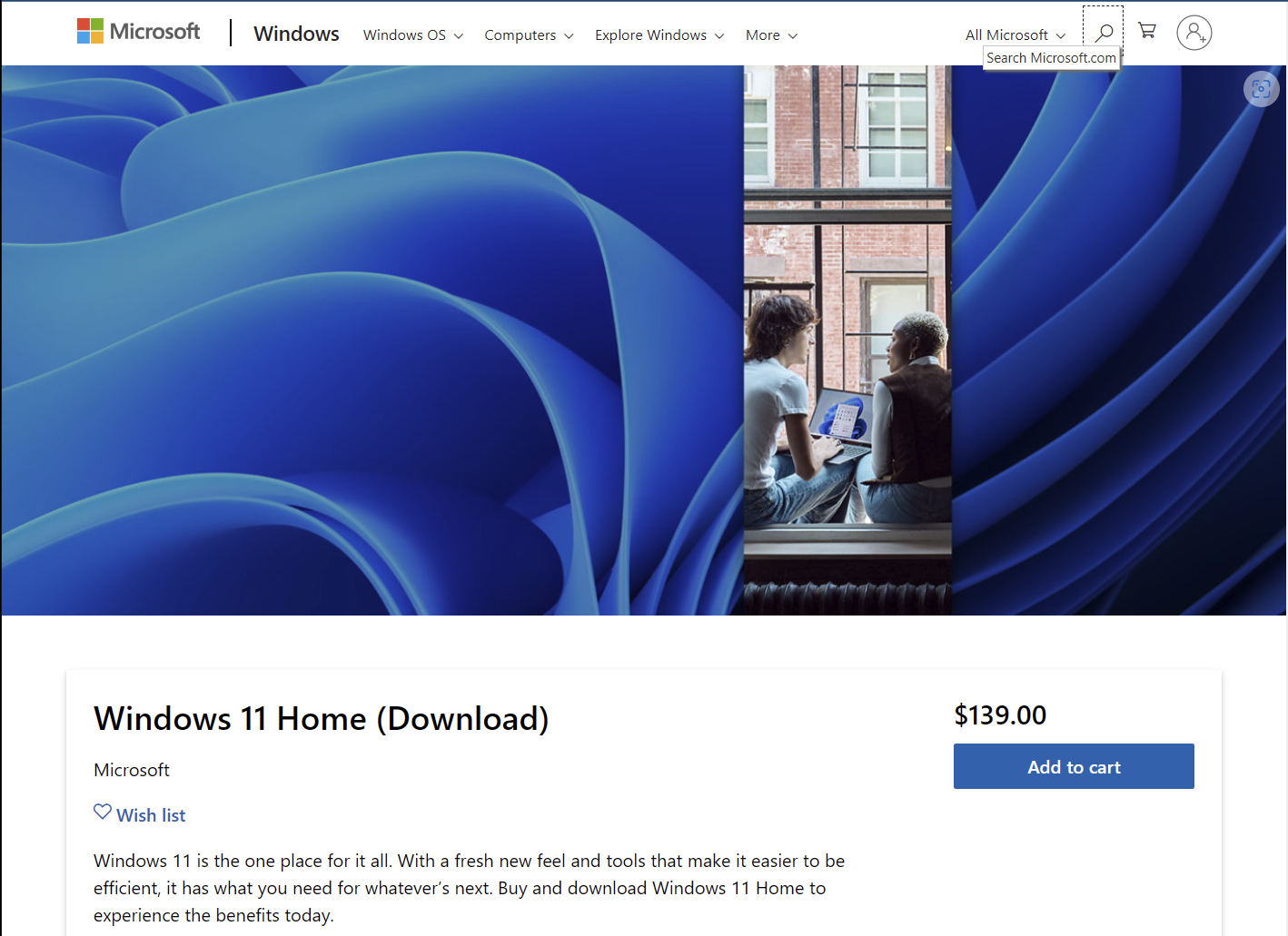 The IT House learned that the current Windows 11 HOME and Windows 11 Pro sell for $ 139 and $ 199.99 respectively, which is the same as Microsoft's current pricing of Windows 10 Family Edition and Windows 10 professional version. After buying, you can download the system mirror file by yourself.

Of course, you can also choose to buy the Win10 voucher and upgrade to Win11 by yourself, but it takes more time. For those DIY users who want to directly install Win11 systems on their own new computers, this method of downloading and installation will save time.

Since Microsoft has resolved some of the highly spitting bugs and defects, Windows 11 has received more attention in recent months. Judging from the results of Steam hardware and software surveys, the Win11 share has continued to rise rapidly recently, and it has exceeded 20%last month.

It is worth mentioning that Windows 11 has hard requirements for PC hardware, TPM, and security startup. Not all users can use it, but it may be more suitable for users who have recently installed machines.

At present, the Intel 12th Generation Alder Lake CPU with a hybrid architecture has a new scheduling mode on Win11, which can better use large and small core design to play stronger performance. Of course, when Intel's 13th -generation Raptor Lake is listed in October this year, the situation should be the same, and Microsoft will also launch a new generation of 22H2 version for Win11.

Related news
DIY's own AI assistant, Microsoft Xiaobing team, released a new framework
Xiaomi's Vintage projector: DIY assembly can be used for real projection
Google area 120 incubation Tangi short video application key DIY and creativity
Lenovo power into DIY? Taste the special offer will be opened soon. Feel the fragrance in advance
Lenovo officially launched PC: DIY customized brand machine with 200 deposit of 700 yuan
AMD will rewrite the market history DIY 10 years: close to 30% of all factories
Have a good one! Praise the game "installed simulator" free to send: DIY players remember
Microsoft has now sold the win11 license to DIY users
Hot news this week
Too many questions! Apple has changed the timing of the official release of iOS 16 series
Monkey acne cases have ranked first in the world that the United States has announced the emergency state of public health
Credit card points rule intensive adjustment online transaction points more "valuable"
High reserves and low cost experts: calcium ion batteries replace lithium batteries to stand up to the daily
Alibaba executives interpret financial results: the focus of the consumer side is no longer to attract new, but to do a good job in stratified operation
Losses in a single quarter of $ 23.4 billion a record, SoftBank did not carry the plunge of technology stocks and the devaluation of the yen
Sources say Samsung's Galaxy Z Fold4 is going up in price: a 512GB top unit will cost more than 13,000
The prevention and control of the American Monkey epidemic has failed. What should I pay attention to?
Is the micro -business headache? WeChat friends are suspected to have a big move: 7 can only be posted a week
The new product of Xiaomi MIX is coming: both internal and external dual -screen has been upgraded to make up for the previous generation.
The most popular news this week
AMD Zen4 has a "sweet spot" : The first wave of DDR5 is cannon fodder!
Xiaomi new flagship is issued tonight: the cost of light screen is the top of a Snapdragon 8+ flagship
Huawei Mate 50 September IP14! Multi -device collaborative crushing apples
After selling Tesla for $6.9 billion, Musk said he was not selling it, but a survey said he was still selling it. The title of the world's richest man may not be guaranteed next ye...
Distributed database OceanBase announced 4.0 product release, single -machine deployment performance is super mysql
The three major indexes of the US stocks opened sharply: ROBLOX fell more than 4%, Twitter and Tesla rose more than 3%
Japan has confirmed that China has overtaken the US for the first time in the world's top three indicators of scientific papers
A wake-up call for Apple? Foxconn says it is feeling the sting of slowing demand for smartphones
Joining Chip Alliance could serve as bridge, says South Korean Foreign Minister
Joe Biden also mentioned Chiplet? An unexpected A-share buzzword in A White House briefing