Lin Fan, CEO of Pulse: Talent is flowing from the Internet to new energy vehicles, chips and other emerging industries

As layoffs continue in the Internet industry, the flow of talent is quietly shifting beneath the surface.

In a recent communication meeting, Pulse CEO Lin Fan told jiemian news reporters that starting from the end of 2021, Pulse found that the Internet industry talent market began to change from a net inflow to a net outflow, and the talent market has undergone structural changes.

In venture capital, these new industries are growing fast. In June, two-thirds of the 91 companies that received financing in China invested in five hard technology industries -- new energy vehicles, artificial intelligence, chips, biomedicine and carbon neutrality, maimai data showed. In May 2022, the production and sales of new energy vehicles in China increased by 113.9% and 105.2% year on year respectively, according to data from CAAM. According to maimai statistics, the five major industries and their upstream and downstream industries can employ more than 50 million people, and the scale continues to expand. 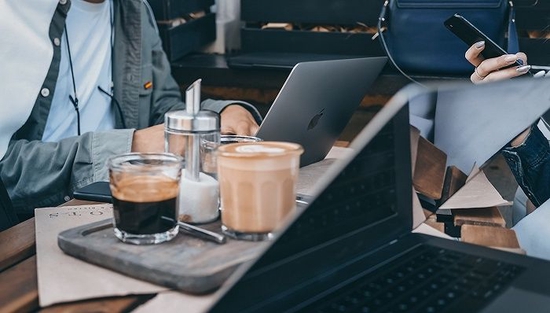 Data from the talent migration report released by Maimai in April 2022 showed that more than 40 percent of workers would choose to change careers after passive resignation. However, a large number of IT Internet talents flow to the artificial intelligence industry, and the main sources of talents in the new energy industry are IT Internet and manufacturing. Despite the overall impact, five major industries, including new energy vehicles, chips, artificial intelligence, biomedicine and carbon neutrality, are still bucking the trend in hiring.

Mai Mai has long been known as the "Internet tea room". It has become the network position for many employees of large Internet companies to ridicule their companies due to its social orientation and support for anonymous ridicule. Data disclosed by Maimai shows that the penetration rate of maimai's platform among employees of major Internet companies such as Bytedance, Kuaishou, Baidu and Ant Group has exceeded 80 percent.

Wang Qian, co-founder of Mai Mai, said the controversial job review function has been optimized in the recent revision. In the reviewer dimension, Mai Mai added the reviewer's in-service status and set more review dimensions and emotional labels. In the enterprise dimension, the right to respond to comments is opened to enterprises, and company comments are aggregated into the enterprise home page and job details page.

The comments feature allows users to comment on companies under their real names or anonymously in a special section for job seekers to screen companies. This function is regarded by Lin Fan as an important user strategy of Maimai, but due to the characteristics of anonymity, many people doubt the authenticity and fairness of the comments when they go online.

The review function is also an important part of mai Mai's continuing recruitment efforts. According to Wang qian, the business may introduce employer brand advertising in the future.

In 2020, Lin Fan once said that the company's recruitment, advertising, membership of the three main business revenue accounted for 1:1:1. At this communication meeting, Lin Fan told Jiemian news that the current ratio has changed to 2:1:1, and the proportion of recruitment business in the revenue has greatly increased.

Related news
Police change Spiderman: Warp Industries to launch an upgraded version of the Bolawrap Taser gun
Intel joins chips alliance and provides advanced interface bus
China's New Energy Vehicle Sales in June Expected to Set New High over Fiscal Stimulus
Samsung Stars Mass Producing 3nm Chips
Lin Fan, CEO of Pulse: Talent is flowing from the Internet to new energy vehicles, chips and other emerging industries
Hot news this week
Too many questions! Apple has changed the timing of the official release of iOS 16 series
Monkey acne cases have ranked first in the world that the United States has announced the emergency state of public health
Credit card points rule intensive adjustment online transaction points more "valuable"
High reserves and low cost experts: calcium ion batteries replace lithium batteries to stand up to the daily
Alibaba executives interpret financial results: the focus of the consumer side is no longer to attract new, but to do a good job in stratified operation
Losses in a single quarter of $ 23.4 billion a record, SoftBank did not carry the plunge of technology stocks and the devaluation of the yen
Sources say Samsung's Galaxy Z Fold4 is going up in price: a 512GB top unit will cost more than 13,000
The prevention and control of the American Monkey epidemic has failed. What should I pay attention to?
Is the micro -business headache? WeChat friends are suspected to have a big move: 7 can only be posted a week
The new product of Xiaomi MIX is coming: both internal and external dual -screen has been upgraded to make up for the previous generation.
The most popular news this week
AMD Zen4 has a "sweet spot" : The first wave of DDR5 is cannon fodder!
Xiaomi new flagship is issued tonight: the cost of light screen is the top of a Snapdragon 8+ flagship
Huawei Mate 50 September IP14! Multi -device collaborative crushing apples
After selling Tesla for $6.9 billion, Musk said he was not selling it, but a survey said he was still selling it. The title of the world's richest man may not be guaranteed next ye...
Distributed database OceanBase announced 4.0 product release, single -machine deployment performance is super mysql
The three major indexes of the US stocks opened sharply: ROBLOX fell more than 4%, Twitter and Tesla rose more than 3%
Japan has confirmed that China has overtaken the US for the first time in the world's top three indicators of scientific papers
A wake-up call for Apple? Foxconn says it is feeling the sting of slowing demand for smartphones
Joining Chip Alliance could serve as bridge, says South Korean Foreign Minister
Joe Biden also mentioned Chiplet? An unexpected A-share buzzword in A White House briefing