Original title: Record growth footprints, Huawei Kirin 980, Baron 5000 and other self -developed chips are included in the National Museum 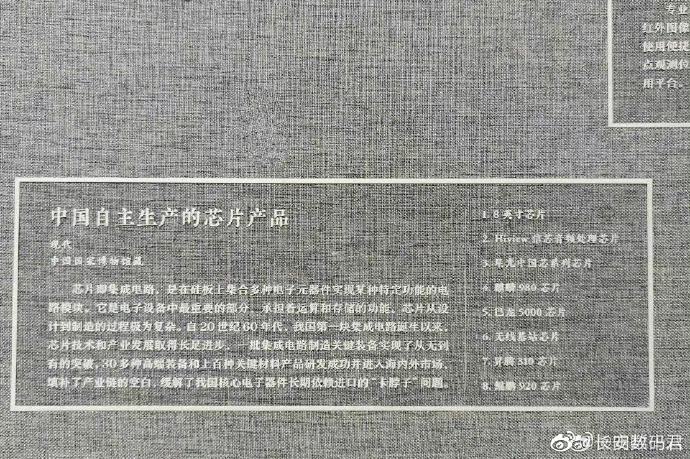 The National Museum introduced: "Since the 1960s, the first integrated circuit in my country has made great progress in chip technology and industrial development. Equipment and hundreds of key materials products have been successfully developed and entered the market at home and abroad, filling the gap in the industrial chain.It relieves the long -term dependence of imported 'card necks' in my country "。 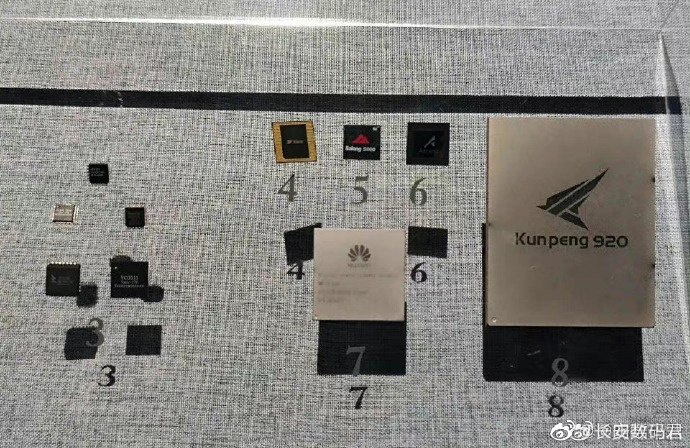 The picture shows that the domestic chips exhibited this time are:

The Chinese chips exhibited this time include processors in many fields such as audio and video, communication, mobile devices, and data processing, showing the vigorous development of the Chinese chip field. Although China started late in the chip field and its foundation is weak, under the continuous exploration and breakthrough of many companies' self -developed chips, it has made great progress.

It is worth mentioning that the National Museum listed Huawei Mate 10 in the exhibition with the theme of taking pictures last year, and said that with the strong shooting performance of smartphones, using smartphones to shoot has become another choice for media reporters. 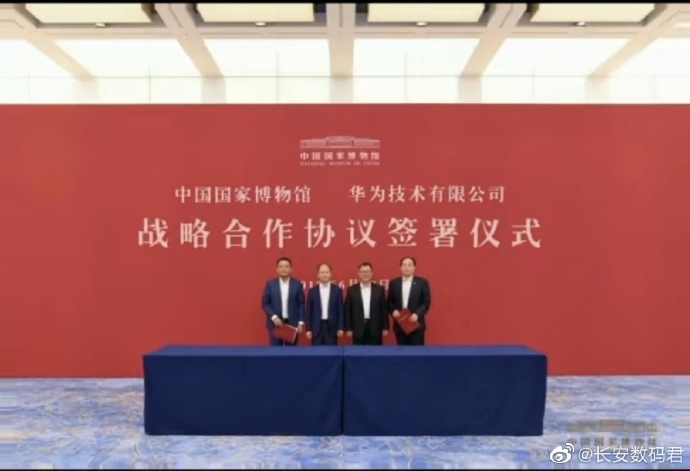 Related news
Web-based Huaei nova 5 Pro real-machine hand lighting: post-mounted four-shot Kirin 980 40W express charge
Disassembly report: Huawei freebuses 3 real wireless headset
HUAWEI M-Pencil magnetic absorption keyboard HuaweiMatePad 10.8 experience
Disassembly report: Huawei WiFi 3
Recording growth football Huawei Kirin 980 and other self -developed chips are included in the National Museum
Hot news this week
Too many questions! Apple has changed the timing of the official release of iOS 16 series
Monkey acne cases have ranked first in the world that the United States has announced the emergency state of public health
Credit card points rule intensive adjustment online transaction points more "valuable"
High reserves and low cost experts: calcium ion batteries replace lithium batteries to stand up to the daily
Alibaba executives interpret financial results: the focus of the consumer side is no longer to attract new, but to do a good job in stratified operation
Losses in a single quarter of $ 23.4 billion a record, SoftBank did not carry the plunge of technology stocks and the devaluation of the yen
Sources say Samsung's Galaxy Z Fold4 is going up in price: a 512GB top unit will cost more than 13,000
The prevention and control of the American Monkey epidemic has failed. What should I pay attention to?
Is the micro -business headache? WeChat friends are suspected to have a big move: 7 can only be posted a week
The new product of Xiaomi MIX is coming: both internal and external dual -screen has been upgraded to make up for the previous generation.
The most popular news this week
AMD Zen4 has a "sweet spot" : The first wave of DDR5 is cannon fodder!
Xiaomi new flagship is issued tonight: the cost of light screen is the top of a Snapdragon 8+ flagship
Huawei Mate 50 September IP14! Multi -device collaborative crushing apples
After selling Tesla for $6.9 billion, Musk said he was not selling it, but a survey said he was still selling it. The title of the world's richest man may not be guaranteed next ye...
Distributed database OceanBase announced 4.0 product release, single -machine deployment performance is super mysql
The three major indexes of the US stocks opened sharply: ROBLOX fell more than 4%, Twitter and Tesla rose more than 3%
Japan has confirmed that China has overtaken the US for the first time in the world's top three indicators of scientific papers
A wake-up call for Apple? Foxconn says it is feeling the sting of slowing demand for smartphones
Joining Chip Alliance could serve as bridge, says South Korean Foreign Minister
Joe Biden also mentioned Chiplet? An unexpected A-share buzzword in A White House briefing