Intel's game-only A380 graphics card is already on the market, the price was suggested to be 1030 yuan, but the actual price reached 1299 yuan, with AMD's RX 6400, NVIDIA's GTX 1630, a thousand yuan level of unique display market competition.

However, the A380 graphics card still has many small problems, especially the compatibility. The previous official Intel document pointed out that it needs to be matched with Intel 10 generation core platform and above, and didn't even mention the support of AMD platform, which caused A bit of dissatisfaction.

The problem is not that Intel is deliberately limiting the AMD platform, but rather the motherboard's rBAR support. This is the SAM smart memory access technology that AMD has been pushing, which, when turned on, allows the CPU to access the entire frame buffer instead of the fixed 256MB data, improving game performance. 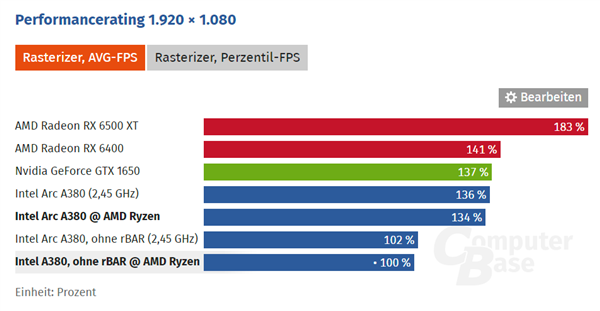 For example, DOTA2 games will crash on AMD platforms with rBAR disabled. Intel graphics executive Ryan Shrout has confirmed that the A380 should support rBAR with AMD platforms. Intel hasn't had time to verify it, and it expects that any graphics card, including future higher-end ones, should work properly. 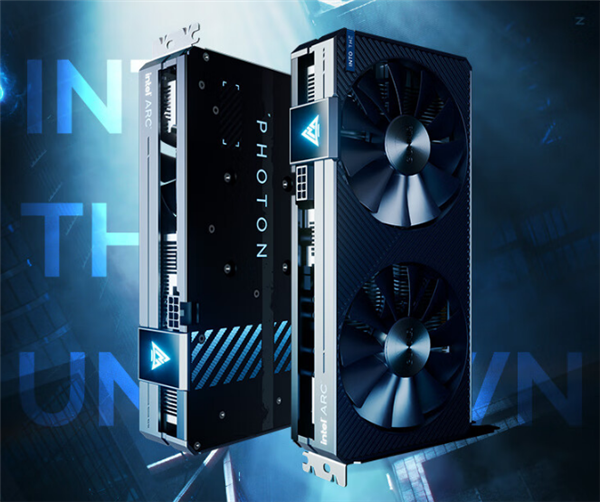 Related news
The world's largest passenger plane! China Southern Airlines A380 retired to the US aircraft cemetery
Intel clarifies the A380 graphics card HDMI 2.1 interface controversy: depends on the manufacturer's decision
Intel independent graphics card with AMD processor: performance instantly loses 15%
Intel ARC A380 independent graphics card with AMD processor: performance instantly evaporates 15 % instantly
Intel A380 graphics card is not compatible with AMD platform bug will be fixed health gain 30% performance
1299 yuan does not lose Intel Arc graphics card AV1 measured: easily beat AMD, NVIDIA
Intel ARC A380 graphics card overclocking 3.1GHz! What is this picture?
INTEL Introduction Independent A380 Test results are released: some old games cannot run without running
Hot news this week
Female graduate students leave school to give birth to the hot debate is hype? The husband has set up a webcast company
How much is 4G than 5G! Huawei Mate50 network speed detailed measurement 6799 yuan to buy explosion money?
It's hard to find a machine! Huawei Mate50's first sales: oxen can not buy the price of 10,000 yuan to grab the price
Huawei City's proportion is the first! Survey: Northerners love to use folding screens more than southerners
Our global car he is a special car for China! Saic Volkswagen and FAW-Volkswagen are fighting each other
Chongqing Xiaomi Consumer Finance Co LTD has been fined 500,000 yuan for misappropriating consumer loan funds
Are they really aliens? The US Navy confirms there are multiple UFO videos: but they cannot be made public
The second phase of the main structure of Xiaomi intelligent factory is completed to see the delivery at the end of next year
In order to change the iPhone 14: Women's net red sells old phones and comes with a large number of private photos
"Sheep a sheep" fire, is expected to attract hundreds of millions of financing? But it doesn't have a license...
The most popular news this week
Is Boeing envy? China Holy Purchase 332 Air Passenger Aircraft and China assembly 600th delivery
115 Web disk V30 version released: LOGO big change one -click backup WeChat content
Foxconn dismantles production line! The worst iPhone 14 sales ever: Apple failed
China's first pure electric convertible! Wuling Hongguang MINI EV Convertible Edition Listing: 99,900 yuan
Samsung applying for a dual -screen camera patent to support face recognition
There's a tidal wave of lying down, and ceos of big American companies are worried, saying, "Never seen anything like this."
Tesla sales response "disguised price reduction of 8000 yuan" : for the end of the quarter impulse, temporary activities
Apple iPhone 14 standard version is not good for sales, Lixun precision may face the risk of ordering orders
Billions of euros in investment, Intel Italy chip factory will be located in the Veneto region, sources said
China Mobile to develop 5G Tidal Smart Antenna: Where the crowd