The Chip Bill has passed its first stage in the Senate. What new provisions have been added? Will it land smoothly?

The procedural vote was originally scheduled for Monday evening, but was postponed until Tuesday morning after storms along the East Coast prevented some senators from flying into Washington. The final vote was 64 to 32.

The day's procedural vote cleared the way for the bill's final passage in the Senate in the coming days. If it eventually passes the Senate, the House will vote on the bill. Supporters of the bill hope Congress can pass it before its August recess, and it would eventually go to U.S. President Joe Biden for his signature.

The package, known as "CHIPS Plus," passed that day includes a provision for tax credits for chip makers, in addition to $52 billion in funding for U.S. companies that make computer CHIPS. In addition, more than 1,000 pages of funding for "stimulating innovation and development in other technologies" were added to the bill. 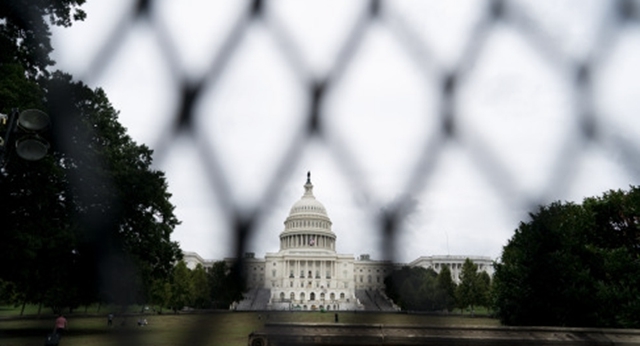 Among the so-called additional "science provisions" is a five-year, $102 billion investment authorizing the National Science Foundation, the Commerce Department and the National Institute of Standards and Science and Technology to increase investments in key areas of science and technology research and development. These key areas include artificial intelligence, quantum information science, robotics, disaster prevention and mitigation, biotechnology and cybersecurity, the bill said.

Senate Commerce Committee Chairwoman Maria Cantwell (D., Wash.) said she had held multiple rounds of closed-door consultations with senators from both parties, and several said they wouldn't vote for it unless a scientific annex was added.

"I remember members of Parliament talking to each other after meetings and saying, 'If we are behind in one area, why can't we be behind in others'." Mr. Cantwell said legislative aides on the Commerce Committee then began finalizing the legislative text of the science clause, adopting the parts of the meeting that senators had agreed on. A final version was reached on July 17th and shared with the Republican Party.

"I've always said that 995 of those 1,000 pages are pages that we've already seen together." "Cantwell said.

Before Tuesday's procedural vote in the Senate, Mr. Biden held an online meeting with U.S. business and labor representatives to discuss the importance of passing the bill. Biden said semiconductor chips are used in many products, including cars and mobile phones, medical devices and military weapons. Chip shortages have led to supply chain problems in several industries during the coronavirus pandemic.

"America invented semiconductors [chips], but for years we let their manufacturing be sent overseas, and it's time to bring them home." "And we saw during the pandemic, when our overseas factories that made those chips shut down, the global economy essentially ground to a halt, driving up the cost of living for families around the world, especially here in the United States."

"A third of core inflation in the US last year was due to overpriced cars. Do you know why that is? That's because more cars can't be made. Why is that? There is a chip shortage." Biden said.

Several lawmakers from both parties voted against it

The chip bill comes after months of debate, holdup and gridlock in Congress. While the bill was making early progress, several senators' COVID-19 diagnoses put the bill's progress on hold. During Tuesday's vote, Sens. Tina Smith (D., Minn.) and Thomas Carper (D., Delaware), both of whom were diagnosed with COVID-19 last week, appeared on the Senate floor wearing face masks.

The senators said the bill, which had been amended several times, was so different from previous versions that it would be "premature" to skip debate and go straight to a vote. Sanders, an independent senator from Vermont, said the bill amounted to another "blank check" for "profitable" chip companies.

"I completely reject Senator Sanders's characterization. It's not a blank check." "There are a lot of strings attached to this bill," Raimondo said. Chip companies, for example, cannot use the money to build factories in other countries; The businesses that receive these investments must create high-quality jobs; They need to work with small contractors and minority contractors; The companies must also provide labor insurance, among other things. So to say this is a blank check is completely wrong."

Related news
Former Apple Siri head Bill Stasior quits Microsoft, as the AI ​​team as vice president of technology
Pichay delivered a "You Will Prevail" graduation speech to 2020 graduates at the YouTube
What exactly is Jim Keller thinking about leaving Intel chip God?
NVIDIA chief scientist bill dally will deliver a keynote speech on the first day of GTC China online conference
I NEED A LOVE SPELL THAT WILL MANIFEST AWESOMESPELLTEMPLE
The US Senate has passed a $350 billion chip subsidy bill
Hot news this week
Too many questions! Apple has changed the timing of the official release of iOS 16 series
Monkey acne cases have ranked first in the world that the United States has announced the emergency state of public health
Credit card points rule intensive adjustment online transaction points more "valuable"
High reserves and low cost experts: calcium ion batteries replace lithium batteries to stand up to the daily
Alibaba executives interpret financial results: the focus of the consumer side is no longer to attract new, but to do a good job in stratified operation
Losses in a single quarter of $ 23.4 billion a record, SoftBank did not carry the plunge of technology stocks and the devaluation of the yen
Sources say Samsung's Galaxy Z Fold4 is going up in price: a 512GB top unit will cost more than 13,000
The prevention and control of the American Monkey epidemic has failed. What should I pay attention to?
Is the micro -business headache? WeChat friends are suspected to have a big move: 7 can only be posted a week
Alibaba's first quarter revenue in the first quarter of fiscal year 2023 was 205.56 billion yuan in net profit of 30.25 billion yuan
The most popular news this week
AMD Zen4 has a "sweet spot" : The first wave of DDR5 is cannon fodder!
Xiaomi new flagship is issued tonight: the cost of light screen is the top of a Snapdragon 8+ flagship
Huawei Mate 50 September IP14! Multi -device collaborative crushing apples
After selling Tesla for $6.9 billion, Musk said he was not selling it, but a survey said he was still selling it. The title of the world's richest man may not be guaranteed next ye...
Distributed database OceanBase announced 4.0 product release, single -machine deployment performance is super mysql
The three major indexes of the US stocks opened sharply: ROBLOX fell more than 4%, Twitter and Tesla rose more than 3%
Japan has confirmed that China has overtaken the US for the first time in the world's top three indicators of scientific papers
A wake-up call for Apple? Foxconn says it is feeling the sting of slowing demand for smartphones
Joining Chip Alliance could serve as bridge, says South Korean Foreign Minister
Joe Biden also mentioned Chiplet? An unexpected A-share buzzword in A White House briefing