The US Senate pushed for more than 200 billion yuan of "chip plus bill", experts criticized: artificial damage to the industrial chain

The U.S. Senate passed the Chip and Science Act (also known as the "Chip Plus Bill") in a procedural vote of 64 to 32 on Tuesday, building on the Chip bill. In addition to subsidies for the semiconductor industry, the bill would allocate about $280 billion for research and development in cutting-edge technologies. It's worth noting that the bill still has a number of geopolitical provisions and takes aim at China.

The Wall Street Journal reported Monday that the 1,054-page bill includes two major parts: a $52.7 billion fund to the semiconductor industry to encourage companies to develop and manufacture chips in the United States, and a 25 percent investment tax credit for those companies; In addition, the bill would authorize about $200 billion in science and technology research over the next few years, covering artificial intelligence, robotics, quantum computing, battery technology, biotechnology and many other areas critical to future competitiveness.

The bill is not new, but the product of a long struggle and compromise between the House and Senate. The bill has been shifting gears recently in an effort to pass it before Parliament adjourns in early August. The Chip and Science Act, the predecessor of which was a roughly $52 billion "chip bill" that specifically provided financial support to the U.S. semiconductor industry, was supported in a procedural vote in the Senate on Wednesday. Mr. Schumer, the Senate majority leader and one of the bill's authors, said at the time that it was a "test vote" that would determine whether the bill would include research funding that he personally wanted to push. A week later, nearly 1,000 pages of scientific research were included in the bill. 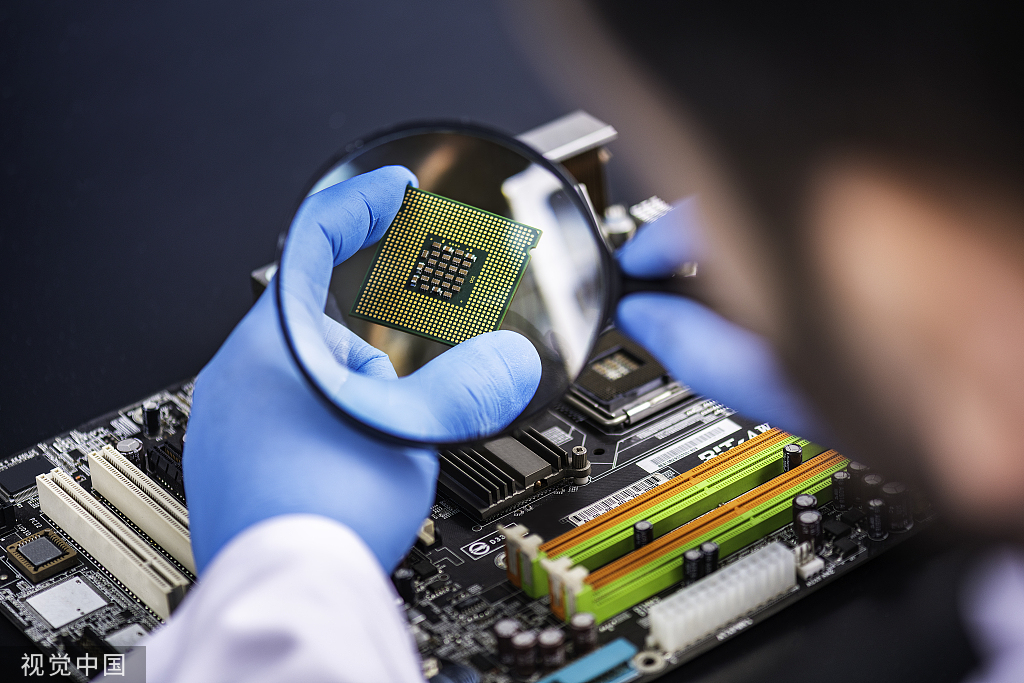 According to the Global Times, although the House and Senate are deeply divided, their respective versions of the bill include a $52 billion semiconductor support plan, and the content of scientific research funding is generally the same. That is why Mr Schumer dared to introduce the Chip and Science Act and seek quick passage. The new additions represent a compromise between earlier House and Senate science-funding bills, according to the Journal, and some of them are even named after a representative, underscoring the House's behind-the-scenes influence on the Senate bill.

The Capitol hill reported according to the United States, the bill does not include the limit American investment in China or against Chinese trade practices and other content of the proposal, the report said, citing U.S. trade experts words describe competition with China is like running a marathon, or run faster, or trip over each other, the current version of the bill abandoned mostly USES "stumble" content in China.

Despite the argument that not including basic trade provisions in the current bill would be a missed opportunity to provide more benefits to U.S. companies, especially to make them more competitive with China, in fact, both of the Chip and Science programs contain binding provisions against China: On the one hand, semiconductor companies that build factories in the United States that also build or expand advanced semiconductor manufacturing facilities in China or other potentially unfriendly countries would not be eligible for subsidies under the Act. Chinese military entities are also barred from participating in chip-related programs authorized by the bill. On the other hand, while the bill provides a lot of funding for research, it would bar universities that have educational partnerships with China, known as Confucius Institutes, from receiving research funding unless the universities ensure that they have full authority over the Confucius Institutes.

Biden, who is quarantined at the White House due to COVID-19, also held a video conference with business and labor leaders on Monday, stressing the importance of passing the bill to ensure the United States is the most economically competitive nation in the world, The New York Times reported on Monday. A final Senate vote on the bill, which aims to boost U.S. competitiveness in semiconductors and advanced technologies, is expected as early as Wednesday local time and will then go to the House of Representatives, where it needs a simple majority to pass, according to reports.

The Chinese Foreign Ministry has repeatedly responded to the US law on promoting competition with China by saying that the relevant law advocates strategic competition with China and is full of the Cold War zero-sum mentality, which runs counter to the common desire of all sectors in China and the US to strengthen exchanges and cooperation. Chinese Academy of Social Sciences researcher at the institute of American Lv Xiang 27, told the global times reporter, the root of the so-called chip act, is to use a lot of fiscal subsidies and tax breaks for ways to improve the domestic chip manufacturing capacity, at the same time trying to limit the development of Chinese chip manufacturing industry, but such non-market behavior is bound to destroy the existing global chip industry chain, And it is likely to lead to global overcapacity in chips, especially in advanced processes. Over the past year or so, the global market has indeed experienced a serious shortage of chips, but the shortage is mainly of mature process chips used in cars, rather than advanced process chips. The bill is likely to be a nudge in the wrong direction.

Lu Xiang said that the United States has long imposed an embargo on China in the high-tech sector, so even if the bill is passed, the impact on China's semiconductor industry will not be obvious in the short term. However, he believes that semiconductor is a technology-intensive industry with global cooperation and division of labor. China is a major semiconductor manufacturer in the world, and the U.S. 's actions have artificially damaged the industrial chain, which is bound to have a negative impact on the recovery of the global economy after the pandemic.

Related news
US space force
The linely group's best mobile processor of the year: God u Kirin 810 wins the title
Google AR AI visual world cultural heritage microbeauty hologram (WIMI.US) digital display PK traditional model
The US Senate pushed for more than 200 billion yuan of "chip plus bill", experts criticized: artificial damage to the industrial chain
Hot news this week
Monkey acne cases have ranked first in the world that the United States has announced the emergency state of public health
Credit card points rule intensive adjustment online transaction points more "valuable"
High reserves and low cost experts: calcium ion batteries replace lithium batteries to stand up to the daily
Alibaba executives interpret financial results: the focus of the consumer side is no longer to attract new, but to do a good job in stratified operation
Losses in a single quarter of $ 23.4 billion a record, SoftBank did not carry the plunge of technology stocks and the devaluation of the yen
The prevention and control of the American Monkey epidemic has failed. What should I pay attention to?
Sources say Samsung's Galaxy Z Fold4 is going up in price: a 512GB top unit will cost more than 13,000
Is the micro -business headache? WeChat friends are suspected to have a big move: 7 can only be posted a week
The new product of Xiaomi MIX is coming: both internal and external dual -screen has been upgraded to make up for the previous generation.
Alibaba's first quarter revenue in the first quarter of fiscal year 2023 was 205.56 billion yuan in net profit of 30.25 billion yuan
The most popular news this week
China Unicom chairman: 5G meals are cheaper than takeout in a single month
The market has voted no to the Chip bill
A net celebrity price of 500,000 yuan to sell its own WeChat court: No!
AMD Zen4 has a "sweet spot" : The first wave of DDR5 is cannon fodder!
Xiaomi new flagship is issued tonight: the cost of light screen is the top of a Snapdragon 8+ flagship
Huawei Mate 50 September IP14! Multi -device collaborative crushing apples
After selling Tesla for $6.9 billion, Musk said he was not selling it, but a survey said he was still selling it. The title of the world's richest man may not be guaranteed next ye...
Distributed database OceanBase announced 4.0 product release, single -machine deployment performance is super mysql
The three major indexes of the US stocks opened sharply: ROBLOX fell more than 4%, Twitter and Tesla rose more than 3%
Japan has confirmed that China has overtaken the US for the first time in the world's top three indicators of scientific papers