IT House News on July 28th, Starlink (Star Chain), a key business of SpaceX, has now been lined with 2957 satellites, and currently there are more than 500,000 subscribers worldwide. However, the use of the star chain satellite network service is currently more troublesome, because a "pot" on the ground is needed to cooperate with the receiving signal. 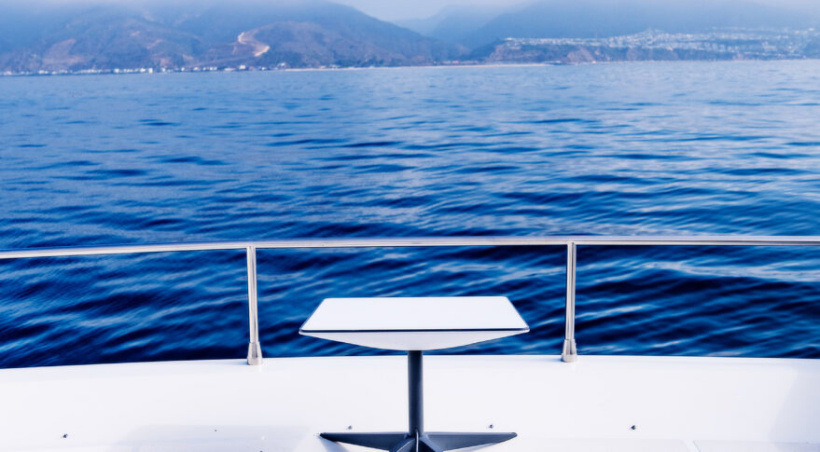 Now SpaceX has begun to apply for spectrum from the FCC, requesting the regulatory agency to allow the company to use the 2GHz frequency band to "enhance" its mobile satellite service (MSS), hoping to completely move the future services. Of course, the specific details of the next -generation services provided by the Starlink plan have not been disclosed.

SPACEX mentioned in the latest document submitted to FCC that they are planning to provide services to users 2GHz frequency bands. It seems to emphasize the attention of smartphones, such as they are cooperating with another company to develop a very small wireless module.

2.4GHz frequency not only means that signal's wall -piercing ability and coverage will be greatly improved, but also more friendly to small devices such as smartphones. For example, network latency can even be low to less than 50ms.

SPACEX Satellite Senior Supervisor David Goldman told FCC that the "next -generation service provided to mobile users" in its plan will run with a delay of less than 50 milliseconds. "This is almost for consumers. Can't detect. "

According to the plan, the future Starlink satellite will add a modular valid load to transmit the frequency of the 2GHz frequency band. The constellation currently uses higher frequencies in KU and KA bands to provide broadband to the main fixed users.

The company revealed that the company plans to expand its mobile services after the acquisition of narrow band MSS operators connecting small and portable IoT (IoT) devices last year.

In June, the FCC awarded SPACEX's permission to operate the mobile Earth Station (ESIM), so as to support SpaceX to provide Internet services on mobile aircraft, ships and motor vehicles.

"Although these assets will enable SpaceX to provide unprecedented broadband capacity from its ground receiving platform, Americans need to connect more and more anywhere, no matter what they are doing." Small handheld devices that can be carried or fixed on the mobile platform can be used to access the Internet. "

It is worth mentioning that the satellite radio company Dish Network has obtained the FCC permit, which can use 2GHz and other frequency bands in its ground wireless network in the United States.

"Although Dish Network has been allowed to operate in this band, there is almost no evidence that DISH actually provides MSS services to anyone anywhere," Goldman told FCC.

"In addition, the two aging satellites launched more than ten years ago will reach its license period in the next two years. There are no signs that the plan will continue to be replaced, let alone MSS services that enhance their approximately equal."

According to Goldman, Starlink will also use the 2GHz frequency band to provide services in rural areas that cannot be covered in the DISH network. He added that the MSS system will not interfere with other users in the frequency band, including Dish replacement satellites that can be ordered.

IT House learned that Dish is a space company controlled by another billionaire Charlie Ergen. He has been competing with SpaceX for the spectrum of 12GHz band (this is Starlink and other similar non -earth static satellite operators to connect the user terminal Part of the KU frequency band).

Dish is asking FCC to allow upgrading its permit in the 12GHz frequency band to support its 5G network plan.

In this regard, SpaceX told the FCC that the plan would cause interference and make most Americans unable to use Starlink. Moreover, British satellite operators Oneweb and US satellite radio Directv also made interference concerns about DISH's proposal.

According to DISH, the plan to use 12GHz for 5G can be coexisting with other users in the band.

Dish spokesman Makedith Diers said that SpaceX is "trying to bully FCC by chasing the 2GHz frequency of DISH to obtain more free spectrum. This is an anti -competitive attempt to damage DISH and deprive consumers' 5G equity."

"SpaceX is a company led by the richest people in the world. It has obtained the authorization of 15,000 MHz spectrum of FCC for free," Diers said. "On the other hand, DISH purchased the spectrum at a price of more than 30 billion US dollars. Most of them are directly paid to the US Treasury Department. "

The network has improved and increased every week, and it is constantly moving towards the next milestone. By June 14, 2023, it is expected to cover 70% of the American population. "SpaceX seems to want to use all the spectrum in the world, as long as they can manipulate it for free," Diers said.

Related news
Apple One？ Is it Apple's own 88 members
Some iPhone 13/Pro "failure" does not support the Apple Watch unlock screen
SpaceX Star Chain Project Big upgrade: It will provide services directly to Apple iPhone and Android phones
Hot news this week
China has found 35 known cases of the new zoonotic virus Langya
Monkey acne cases have ranked first in the world that the United States has announced the emergency state of public health
Credit card points rule intensive adjustment online transaction points more "valuable"
Losses in a single quarter of $ 23.4 billion a record, SoftBank did not carry the plunge of technology stocks and the devaluation of the yen
The prevention and control of the American Monkey epidemic has failed. What should I pay attention to?
Sources say Samsung's Galaxy Z Fold4 is going up in price: a 512GB top unit will cost more than 13,000
Is the micro -business headache? WeChat friends are suspected to have a big move: 7 can only be posted a week
Kuaishou launched a self-developed cloud intelligent video processing chip: The chip has been streamed successfully
The new product of Xiaomi MIX is coming: both internal and external dual -screen has been upgraded to make up for the previous generation.
A new zoonotic virus, Langya, found in China has not yet been confirmed to be transmitted from person to person
The most popular news this week
Mr. Lei: Mr. Bezos apologized to me for not taking good care of Joyo.com
Ever wanted to buy Tencent QQ, Alibaba asked for a stake? Lei jun rumours
Lei Jun's first business thinking book "Xiaomi Entrepreneurship Thinking" was introduced to the latest and most complete Xiaomi methodology summary
Apple's iPhone is no longer a symbol of wealth in China: for reasons to be proud
Xiaomi Motor Autonomous Driving First Show: Automatic Charging of Autonomous Driving in the whole scene
Musk's eyes! Lei Jun released a full -size humanoid robot Xiaomi self -developed strength explosion table
The global streaming media have increased the animation circuit is becoming a new "breakthrough" for Youaiteng
Kuaishou TOB business Yu Bing: Self -developed chips or mass production after the end of the year, the video must be turned into light industry
Lei Jun: Once bid 10 million to buy NetEase was rejected by Ding Lei
Intel burns 23.2 billion won't make a decent graphics card