Android replacement iPhone 13 has not been dismissed in a few days: these reasons really cannot refute

As a user who has been using Android machines, the mobile phone is not easy to use recently. I want to use it for an iPhone. In order to avoid regrets, I first borrowed the company's new iPhone 13 to try it for a while, and found that the iPhone and Android phones did have many different places.

I have selected a more important 4 o'clock to share with you to avoid regretting the user who does not know.

Not black, the signal of the Apple mobile phone is indeed worse. Because of the poor signal, my colleague also wanted to sell the newly bought iPhone 13. In the subway's Android mobile phones, many iPhone users are around there, and they can't open the page for a long time.

In addition to in the subway, the iPhone's signals are usually not good in the basement and bathrooms. I don't know when this problem can be solved.

The power of the iPhone is small

The current Android flagship machine generally uses the power supply power of 100W and above, and the thousand yuan machine also arranges about 65W charging power. The recently released IQOO 10 Pro mobile phone has adopted 200W charging power for the first time, and the official claims that it can be filled with mobile phones in 10 minutes. If the phone is out of power before going out, it can be filled with 10 minutes to go out to say goodbye to the anxiety of power.

iPhone's iOS ecosystem is more secure and smooth because of its closedness, but for this reason, it cannot be applied to double -opening. Apple said that the application of double meetings can cause the system to be unsafe. 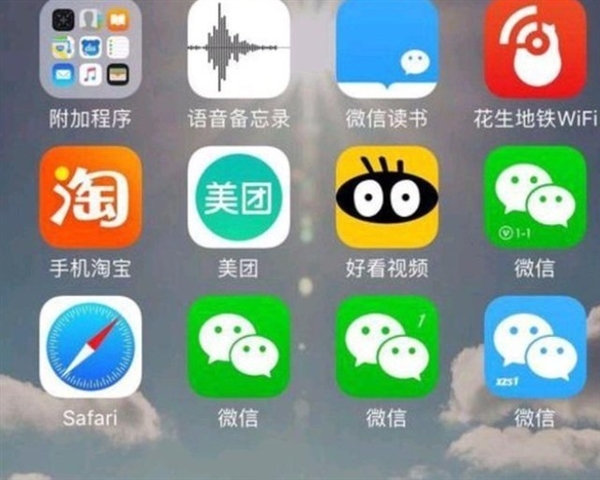 However, in addition to systematic reasons, it is not because the demand for double opening does not exist abroad. Only everyone in China will have the needs of WeChat and QQ dual opening. Apple may not want to do this function for the people. Therefore, if there are two WeChat partners, you have to switch your account if you buy iPhone, or buy a backup machine to log in to WeChat.

Android phones now have portrait modes. After using the portrait mode, they will automatically grind their skin and whiten their face. The photos taken may look better (this also depends on the tuning of the mobile phone). But Apple's front -facing camera is very real, and everything can be shown clearly.

If you have requirements for the beauty function of the original camera, it is best to feel when you buy the iPhone, and buy it if you can accept it.

In fact, except for these points, iPhone is still very useful. The system is smooth, safety is high, and the after -sales service of mobile phones is also good. If you can accept the above points, it is also a good choice to wait for another month to buy iPhone 14.

Related news
How did someone brush an Android system on the iPhone 7?
New iPhone se or iPhone 8s? Three years to mend old bottles and new wines
IPhone has been in China for ten years, from "luxury" to "arcade"
IPhone 12 delay: winter is coming
IPhone 13 battery capacity soars! Charger to upgrade?
Hot news this week
Too many questions! Apple has changed the timing of the official release of iOS 16 series
Monkey acne cases have ranked first in the world that the United States has announced the emergency state of public health
Credit card points rule intensive adjustment online transaction points more "valuable"
High reserves and low cost experts: calcium ion batteries replace lithium batteries to stand up to the daily
Alibaba executives interpret financial results: the focus of the consumer side is no longer to attract new, but to do a good job in stratified operation
Losses in a single quarter of $ 23.4 billion a record, SoftBank did not carry the plunge of technology stocks and the devaluation of the yen
Sources say Samsung's Galaxy Z Fold4 is going up in price: a 512GB top unit will cost more than 13,000
The prevention and control of the American Monkey epidemic has failed. What should I pay attention to?
Is the micro -business headache? WeChat friends are suspected to have a big move: 7 can only be posted a week
The new product of Xiaomi MIX is coming: both internal and external dual -screen has been upgraded to make up for the previous generation.
The most popular news this week
AMD Zen4 has a "sweet spot" : The first wave of DDR5 is cannon fodder!
Xiaomi new flagship is issued tonight: the cost of light screen is the top of a Snapdragon 8+ flagship
Huawei Mate 50 September IP14! Multi -device collaborative crushing apples
After selling Tesla for $6.9 billion, Musk said he was not selling it, but a survey said he was still selling it. The title of the world's richest man may not be guaranteed next ye...
Distributed database OceanBase announced 4.0 product release, single -machine deployment performance is super mysql
The three major indexes of the US stocks opened sharply: ROBLOX fell more than 4%, Twitter and Tesla rose more than 3%
Japan has confirmed that China has overtaken the US for the first time in the world's top three indicators of scientific papers
A wake-up call for Apple? Foxconn says it is feeling the sting of slowing demand for smartphones
Joining Chip Alliance could serve as bridge, says South Korean Foreign Minister
Joe Biden also mentioned Chiplet? An unexpected A-share buzzword in A White House briefing