Charging at minus 20 ° C is 10 hours faster than other mobile phones! OnePlus ACE PRO Secret

This morning, OnePlus officially preheated the fast charging technology of the new machine & ldquo; OnePlus Ace Pro & RDQUO;, announced that the machine will be equipped with a longevity version of 150W super flash charging.

This technology has been mass -produced on a variety of models such as OnePlus before. While the charging speed reaches the first echelon, it can also extend the life of the full link of the battery to the maximum.After 4 years of use, it is very durable to avoid losses caused by high power. 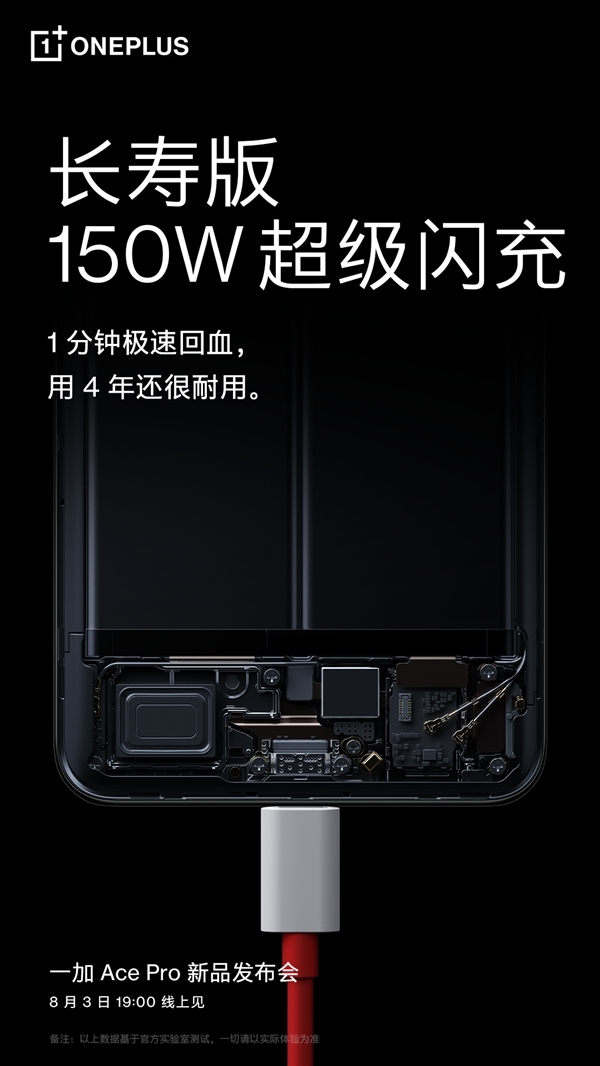 But it is worth noting that this time the OnePlus ACE Pro is further upgraded on the basis of this,Even in extreme environments below minus 20 degrees, fast charging can be performed.

According to reports, OnePlus ACE Pro has built -in 4800mAh batteries this time using a multi -pole parallel structure process to reduce the fever of the battery during charging.

At the same time, this battery also customizes low granular graphite, with nano -inorganic membranes to maximize the activity of the battery. This is also the biggest contributor to the fast charging in the environment of minus 20 degrees. 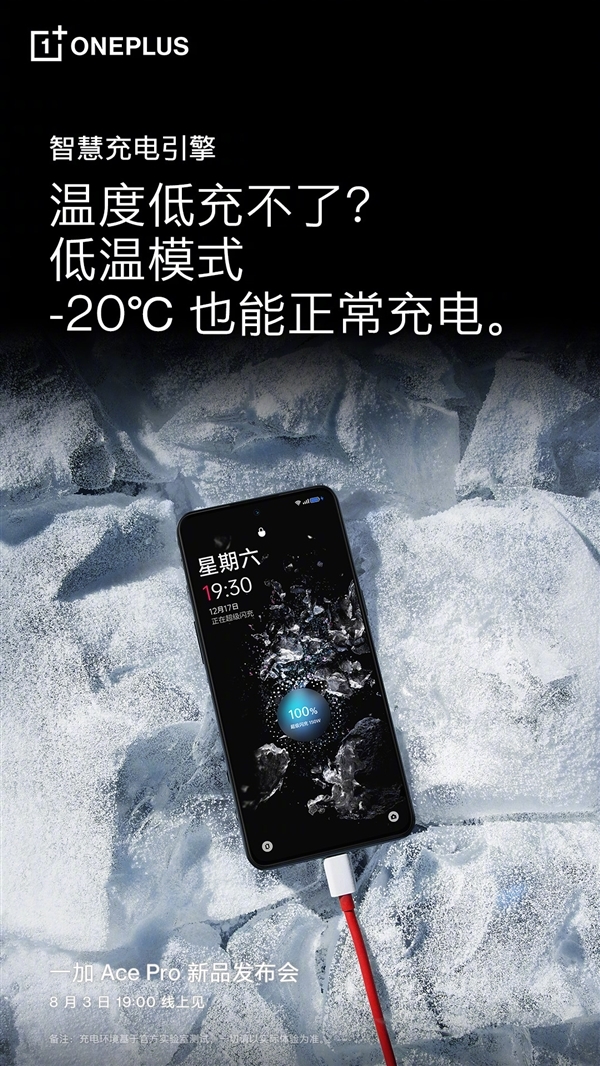 Li Jie, President of OnePlus China, said that in the internal measurement of OnePlus ACE Pro, only 51min is required to be fully charged at minus 5 degrees. If there is no such technology, it will be used for 4H21min.

In the environment below minus 20 degrees, it only takes 2 hours and 50 minutes to fully charge OnePlus ACE Pro.

This means that friends who like skiing and skating in winter will never have to worry about charging.

Related news
[Image and text live broadcast] OPPO Ace/ K5/ C1 game handle and other new products release
The launch date of oneplus 8 series smartphones may be earlier than the outside speculation
Reno Ace 2 phone support 65 W 40W maximum combination 35 minutes full
Oppo ACE 2 Evaluation: This is probably the fastest charging mobile phone I have ever seen
The oneplus 9E is said to be the third phone in the one plus nine series
OnePlus Nord smartphones will feature the T suffix for the first time
One plus Ace racing release, carrying a customised version phegda 8100 - MAX chip | titanium alerts
Charging at minus 20 ° C is 10 hours faster than other mobile phones! OnePlus ACE PRO Secret
Hand hands with Unity: OnePlus ACE Pro "Original God" 1 hour 59.3 frameless pressure without pressure
Hot news this week
Too many questions! Apple has changed the timing of the official release of iOS 16 series
Monkey acne cases have ranked first in the world that the United States has announced the emergency state of public health
Credit card points rule intensive adjustment online transaction points more "valuable"
High reserves and low cost experts: calcium ion batteries replace lithium batteries to stand up to the daily
Alibaba executives interpret financial results: the focus of the consumer side is no longer to attract new, but to do a good job in stratified operation
Losses in a single quarter of $ 23.4 billion a record, SoftBank did not carry the plunge of technology stocks and the devaluation of the yen
Sources say Samsung's Galaxy Z Fold4 is going up in price: a 512GB top unit will cost more than 13,000
The prevention and control of the American Monkey epidemic has failed. What should I pay attention to?
Is the micro -business headache? WeChat friends are suspected to have a big move: 7 can only be posted a week
The new product of Xiaomi MIX is coming: both internal and external dual -screen has been upgraded to make up for the previous generation.
The most popular news this week
AMD Zen4 has a "sweet spot" : The first wave of DDR5 is cannon fodder!
Xiaomi new flagship is issued tonight: the cost of light screen is the top of a Snapdragon 8+ flagship
Huawei Mate 50 September IP14! Multi -device collaborative crushing apples
After selling Tesla for $6.9 billion, Musk said he was not selling it, but a survey said he was still selling it. The title of the world's richest man may not be guaranteed next ye...
Distributed database OceanBase announced 4.0 product release, single -machine deployment performance is super mysql
The three major indexes of the US stocks opened sharply: ROBLOX fell more than 4%, Twitter and Tesla rose more than 3%
Japan has confirmed that China has overtaken the US for the first time in the world's top three indicators of scientific papers
A wake-up call for Apple? Foxconn says it is feeling the sting of slowing demand for smartphones
Joining Chip Alliance could serve as bridge, says South Korean Foreign Minister
Joe Biden also mentioned Chiplet? An unexpected A-share buzzword in A White House briefing