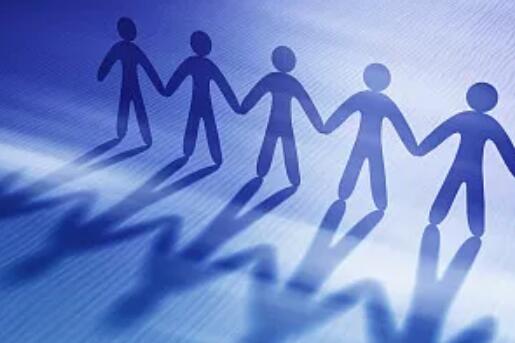 Around the consumer AI circuit, Alibaba has a new action.

Alibaba also made public the latest data about its own intelligent interconnection business: 22 industry categories have been connected to the intelligent interactive system AliGenie, penetration rate has been more than 15%, more than 1600 industrial brands join them; Its AIoT ecosystem daily active users grew at a compound rate of 61%, and its chip module "cat core" shipments grew at more than 100% for two consecutive years.

In fact, it has been five years since the launch of Tmall Genie X1, independently developed by Ali's artificial intelligence laboratory, but there are also tech giants such as Baidu, Xiaomi and Huawei in the electronic circuit of intelligent interconnection business in To C. Internet analyst Yu Bin believes that in terms of market competition, Xiaomi, Xiaodu and Huawei have spread the market, and Alibaba's overall understanding of the smart industry still needs to improve. In addition, Alibaba started as an e-commerce business, and its ability to control the hardware market still needs time to prove.

Ding Daoshi, an independent analyst, said in an interview with "China Business News" that intelligent interconnection has become a first-class business, and the cooperation of all departments within the group for this business and their efforts in the market will form a better synergy. In fact, Alibaba is hoping to enable the development of intelligent interconnection business through this higher internal level.

According to data released by Alibaba, AliGenie, an intelligent interactive system, has been connected to 40 million home users, 1,000 iot platforms and 460 million terminals. On this basis, Alibaba has set up a new level of business intelligence interconnection to explore more consumer AI forms.

Peng Chao, vice president of Alibaba Group and president of Intelligent Interconnection, said that in the future, it will also build an intelligent interface platform in terms of ecological services, providing partner developers with application suite, end-to-end architecture, algorithm model, chip module, cloud Internet of things, training platform and other ways to access its intelligence, connection, content and other capabilities.

For example, Yijian, a fitness equipment brand owned by Pokang Technology Co., Ltd. introduced intelligent voice "cat core" earlier in the industry to realize voice interactive control in running. Qinyuan, a professional water purification equipment brand, found that consumers in the process of replacing the filter element pain points in the product use, through the AliGenie intelligent solution to visualize the water value, users can also accurately calculate the use of each filter element.

Yu Bin believes that Alibaba's intelligent interconnection vision is very broad. Alibaba's ambition for intelligence is mainly that users want to buy products that are Ali hardware smart products. "Haier, for example, can buy goods directly on the refrigerator's touch screen. For example, what products are missing in the refrigerator, and then they buy them. After consumers order on the screen, they order directly on Taobao."

While Alibaba already has a smart Internet business, Xiaomi, Huawei and Baidu have gone further. As a mobile phone manufacturer, Huawei has the advantage in the main entrance of smart Internet, but the main connected products are still 3C. Xiaomi, Xiaodu and Tmall Genie are smart speakers as the main entrance, and the layout is based on the home as the core scene.

According to RUNTO's China Smart Speakers Retail Market Monthly Tracker report, Baidu topped the list in the first half with a 34.5% share; Xiaomi (including red rice) ranked second with 31.1 percent; Tmall Genie fell to third with 27.0 percent; Huawei came in fourth, with a 4.0 percent share, but its focus was on the high-end route.

It is not difficult to see that Alibaba, Xiaomi, Baidu, Huawei and other technology companies are focusing on their own business advantages to expand the ecosystem of intelligent interconnection, and the competition on ecology has quietly started.

Yu Bin said in an interview with our reporter that Alibaba's intelligent interconnection has a long way to go. Although its business has been upgraded to the first level internally, but for now, Alibaba's layout in the smart market needs to be improved. At present, Xiaomi has the deepest position in the smart market, Baidu is in the second tier, and the third tier is represented by traditional manufacturers such as Haier and Hisense. At present, there is still a lot of room for improvement in the number and depth of Tmall Genie cooperative manufacturers, and the number of cooperative categories is not enough to form a closed loop of smart home layout. At present, Alibaba's main core business is still e-commerce, and its emphasis on intelligent interconnection still needs to be improved, so it dabbled in new products.

Related news
Huawei China ecological conference 2020 will launch ICT industry's ecological guidance for to B
Hot news this week
Too many questions! Apple has changed the timing of the official release of iOS 16 series
Monkey acne cases have ranked first in the world that the United States has announced the emergency state of public health
Credit card points rule intensive adjustment online transaction points more "valuable"
High reserves and low cost experts: calcium ion batteries replace lithium batteries to stand up to the daily
Alibaba executives interpret financial results: the focus of the consumer side is no longer to attract new, but to do a good job in stratified operation
Losses in a single quarter of $ 23.4 billion a record, SoftBank did not carry the plunge of technology stocks and the devaluation of the yen
Sources say Samsung's Galaxy Z Fold4 is going up in price: a 512GB top unit will cost more than 13,000
The prevention and control of the American Monkey epidemic has failed. What should I pay attention to?
Is the micro -business headache? WeChat friends are suspected to have a big move: 7 can only be posted a week
The new product of Xiaomi MIX is coming: both internal and external dual -screen has been upgraded to make up for the previous generation.
The most popular news this week
AMD Zen4 has a "sweet spot" : The first wave of DDR5 is cannon fodder!
Xiaomi new flagship is issued tonight: the cost of light screen is the top of a Snapdragon 8+ flagship
Huawei Mate 50 September IP14! Multi -device collaborative crushing apples
After selling Tesla for $6.9 billion, Musk said he was not selling it, but a survey said he was still selling it. The title of the world's richest man may not be guaranteed next ye...
Distributed database OceanBase announced 4.0 product release, single -machine deployment performance is super mysql
The three major indexes of the US stocks opened sharply: ROBLOX fell more than 4%, Twitter and Tesla rose more than 3%
Japan has confirmed that China has overtaken the US for the first time in the world's top three indicators of scientific papers
A wake-up call for Apple? Foxconn says it is feeling the sting of slowing demand for smartphones
Joining Chip Alliance could serve as bridge, says South Korean Foreign Minister
Joe Biden also mentioned Chiplet? An unexpected A-share buzzword in A White House briefing