Alibaba was included in the "Pre -Delivery" name by the US Securities Regulatory Commission, facing the risk of delisting 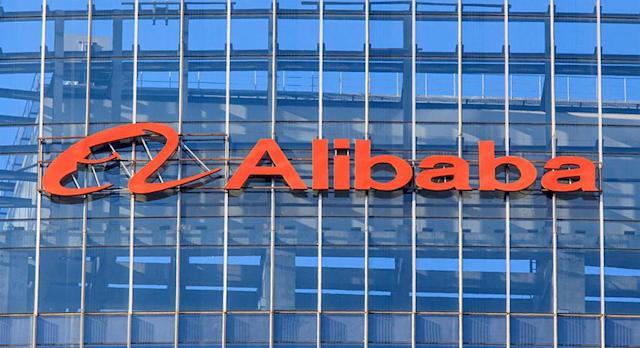 Phoenix.com Science and Technology News On July 30th, Beijing time, Alibaba Group was included in the "pre -delivery" list by the US Securities and Exchange Commission (SEC) on Friday, facing the risk of delisting from the United States.

A few days ago, Ali released the annual report of fiscal 2022, when the outside world was expected to be included in the "pre -delivery" list by the company. In addition to Ali, Mushroom Street and Cheetah Mobile were also included in the list on Friday. According to the "Foreign Company Accountability Law" adopted by the United States in 2020, if foreign companies listed in the United States cannot allow US regulatory agencies to check the audit draft for three consecutive years, they may be forced to delist. 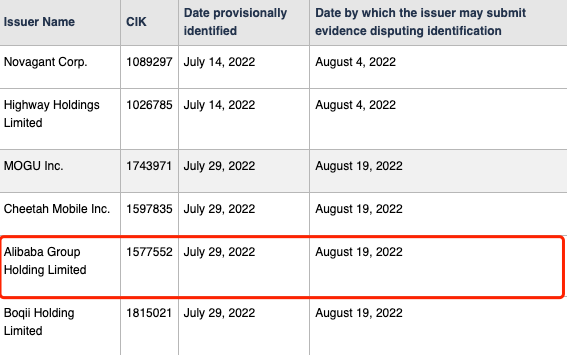 Among the Chinese companies listed in the "pre -delivery" list, Ali is the largest. Ali has argued that since it was listed in New York in 2014, its accounts have been audited by global recognized accounting firms and should meet regulatory standards.

At the same time, Ali is also hedging risk. Earlier this week, Ali announced that he had applied for the market to change its listing status from the second listing to its main listing in Hong Kong. It is expected that it will take effect by the end of 2022. After the relevant main listing process is completed, Ali will realize the dual listing of the New York Stock Exchange and the Hong Kong Stock Exchange.

Ali said that the major listing status will help expand its investor foundation and bring new liquidity, especially to reach more investors in China and other parts of Asia. Another advantage of the main listing in Hong Kong is that Ali can be included in the Hong Kong Stock Connect. In this way, mainland investors can buy and sell its stocks. (Author/Xiao Yu)

Related news
Follow the Amazon eBay Program to launch the Managed Delivery logistics service (Figure)
Successful Water Trial: Wal-Mart Delivery Unlimited will expand to more than 200 cities in the United States
AI beauty ice first back to Microsoft home to complete Pre-A round of hundreds of millions of yuan financing
Five Chinese companies, including Baidu and IQiyi, are on the "definite delisting list"
Alibaba Forms Smart Service Company Lingyang
Tesla's Chinese Rivals See Record Monthly Delivery on Further Recovery from Covid
Tesla China First Shatters Delivery Record in Six Months amid Covid's Fading
Daeyong! Ali was included in the "pre -delisting" list stock price fell 11%, the market value evaporated 200 billion yuan
Alibaba was included in the "Pre -Delivery" name by the US Securities Regulatory Commission, facing the risk of delisting
Alibaba issued another announcement after the "pre -delivery" of the New York Stock Exchange: Strive to maintain dual listing at the same time
Hot news this week
Too many questions! Apple has changed the timing of the official release of iOS 16 series
Monkey acne cases have ranked first in the world that the United States has announced the emergency state of public health
Credit card points rule intensive adjustment online transaction points more "valuable"
High reserves and low cost experts: calcium ion batteries replace lithium batteries to stand up to the daily
Alibaba executives interpret financial results: the focus of the consumer side is no longer to attract new, but to do a good job in stratified operation
Losses in a single quarter of $ 23.4 billion a record, SoftBank did not carry the plunge of technology stocks and the devaluation of the yen
Sources say Samsung's Galaxy Z Fold4 is going up in price: a 512GB top unit will cost more than 13,000
The prevention and control of the American Monkey epidemic has failed. What should I pay attention to?
Is the micro -business headache? WeChat friends are suspected to have a big move: 7 can only be posted a week
The new product of Xiaomi MIX is coming: both internal and external dual -screen has been upgraded to make up for the previous generation.
The most popular news this week
AMD Zen4 has a "sweet spot" : The first wave of DDR5 is cannon fodder!
Xiaomi new flagship is issued tonight: the cost of light screen is the top of a Snapdragon 8+ flagship
Huawei Mate 50 September IP14! Multi -device collaborative crushing apples
After selling Tesla for $6.9 billion, Musk said he was not selling it, but a survey said he was still selling it. The title of the world's richest man may not be guaranteed next ye...
Distributed database OceanBase announced 4.0 product release, single -machine deployment performance is super mysql
The three major indexes of the US stocks opened sharply: ROBLOX fell more than 4%, Twitter and Tesla rose more than 3%
Japan has confirmed that China has overtaken the US for the first time in the world's top three indicators of scientific papers
A wake-up call for Apple? Foxconn says it is feeling the sting of slowing demand for smartphones
Joining Chip Alliance could serve as bridge, says South Korean Foreign Minister
Joe Biden also mentioned Chiplet? An unexpected A-share buzzword in A White House briefing