The sky is loud! Largest space debris fall on record: Made in the United States

July 30 - Local shepherds in Western Australia recently found pieces of space junk in their pasture that could be parts discarded during SpaceX's first official manned mission for NASA, the American space agency.

Chunks of charred material left by SpaceX's manned Dragon spacecraft after re-entering the atmosphere have been found in the middle of a pasture near Dalgerty, western Australia, foreign media reported.The pieces were discovered after a loud noise was reported to have been heard in southeastern Australia on July 9。

SpaceX has yet to confirm whether the debris is part of its crewed spacecraft, which splashed down successfully on May 2, 2021.

Still, longtime space debris tracker Jonathan & Middot; Jonathan McDowell said on Twitter on Friday that Dargerty was actually under re-entry orbit for the manned Dragon reentry, and that the component was discarded before the spacecraft entered the atmosphere.

McDowell added that the debris may have come from the trunk tail of the manned Dragon spacecraft. These fins are positioned around the launch vehicle during the mission launch phase to help provide aerodynamic support.

Australian shepherd Mike & Middot; Mick Miners found an object about three metres high near his ranch on July 25, but didn't know what it was. In a letter to neighbor Jock & Middot; When Jock Wallace called, he discovered that Wallace had already found more debris on his ranch.

Astrophysicist Brad & Middot; Brad Tucker believes the debris is most likely the unpressurized part of the manned Dragon spacecraft. Trunk & throughout; . He said in an email: I went to the site to see the debris myself, and there was no doubt in my mind that it was space junk. ”

According to SpaceX, the trunk is designed to carry unpressurized cargo into space and support the manned Dragon spacecraft during launch. The trunk includes solar panels to power the spacecraft while it is in flight or docked to the space station. However, the trunk will detach from the ship shortly before re-entry.

Most people heard a sonic boom at 7:05 a.m. local time on July 9, Tucker said. The debris found near Dalgerty closely matched the flight path of the trunk of SpaceX's manned Dragon spacecraft.

Tucker added that the farm where the fragments were found covers hundreds of acres, which is why it took weeks to find them.

From a distance, the debris Minas found looked like charred old tree stumps, and it wasn't until you got closer that something was wrong. Both Minas and Wallace thought it had been sitting there for weeks, and they had only recently arrived.

Tucker found at least one part number on one of the pieces and asked SpaceX to confirm if it matched its trunk. He added: I've seen it myself, and the way it's made and the materials it's made from are obviously very advanced, not something someone could make in their own workshop. You can even see the visible burn marks from re-entry. ”

Tucker said,If confirmed as a piece of SpaceX's manned Dragon spacecraft, it would be the largest piece of space debris recorded in Australia since the Skylab broke apart during runaway re-entry over Western Australia in 1979.

The NASA-deployed space station remained unoccupied until an unexpected increase in solar activity caused Earth's atmosphere to rise. Expansion & throughout; , increasing the pressure on Skylab. NASA tried its best to steer the station to an uninhabited area where it crashed. Known debris includes oxygen tanks, hatches and storage freezers.

If Dalgerty's remains are confirmed, it would not be the first time SpaceX hardware has fallen to Earth. Debris from a SpaceX launch that landed on a farm in central Washington state in April 2021 May have been part of the second stage of a Falcon 9 rocket. The 2021 fragment has been identified as belonging to SpaceX, which has not yet responded to a request for comment on the latest fragment. 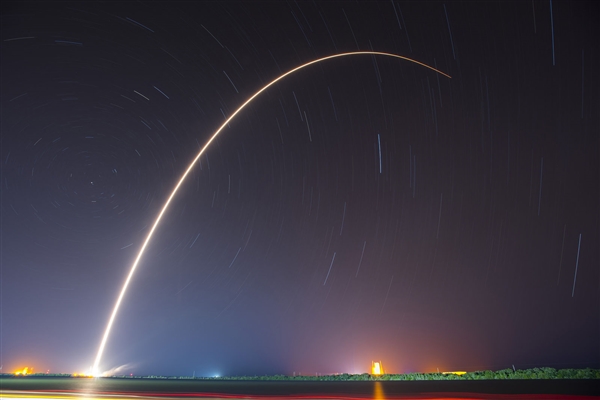 Related news
Foxconn has bought land in Vietnam: will iPhone "MADE IN VIETNAM" in the future? (figure)
Maybe next year you'll get an iPhone 12 labeled "made in India."
@666 Join illuminati Kingdom in United Kingdom +27839387284
Strong Money Spells in United States (USA) | spiritual rats
here.@ ***
Hot news this week
Too many questions! Apple has changed the timing of the official release of iOS 16 series
Monkey acne cases have ranked first in the world that the United States has announced the emergency state of public health
Credit card points rule intensive adjustment online transaction points more "valuable"
High reserves and low cost experts: calcium ion batteries replace lithium batteries to stand up to the daily
Alibaba executives interpret financial results: the focus of the consumer side is no longer to attract new, but to do a good job in stratified operation
Losses in a single quarter of $ 23.4 billion a record, SoftBank did not carry the plunge of technology stocks and the devaluation of the yen
Sources say Samsung's Galaxy Z Fold4 is going up in price: a 512GB top unit will cost more than 13,000
The prevention and control of the American Monkey epidemic has failed. What should I pay attention to?
Is the micro -business headache? WeChat friends are suspected to have a big move: 7 can only be posted a week
The new product of Xiaomi MIX is coming: both internal and external dual -screen has been upgraded to make up for the previous generation.
The most popular news this week
AMD Zen4 has a "sweet spot" : The first wave of DDR5 is cannon fodder!
Xiaomi new flagship is issued tonight: the cost of light screen is the top of a Snapdragon 8+ flagship
Huawei Mate 50 September IP14! Multi -device collaborative crushing apples
After selling Tesla for $6.9 billion, Musk said he was not selling it, but a survey said he was still selling it. The title of the world's richest man may not be guaranteed next ye...
Distributed database OceanBase announced 4.0 product release, single -machine deployment performance is super mysql
The three major indexes of the US stocks opened sharply: ROBLOX fell more than 4%, Twitter and Tesla rose more than 3%
Japan has confirmed that China has overtaken the US for the first time in the world's top three indicators of scientific papers
A wake-up call for Apple? Foxconn says it is feeling the sting of slowing demand for smartphones
Joining Chip Alliance could serve as bridge, says South Korean Foreign Minister
Joe Biden also mentioned Chiplet? An unexpected A-share buzzword in A White House briefing