NASA accuses China of not sharing information about the wreckage of the long five -B rocket: Five announcements cannot be seen?

On July 24, the Long March 5 Yao Three Rockets successfully sent the interview compartment of my country's space station into the track.

From July 27th, China will announce the track information of the long five -B Yao Three Rockets every day every day.

In the early morning of July 31, the China Manned Aerospace Office officially issued a notice, which was monitored and analyzed.At about 0:55 on July 31st, the last wreckage of the Long March 5 Yao Three Load Rockets has re -entered the atmosphere. Destruction in China. 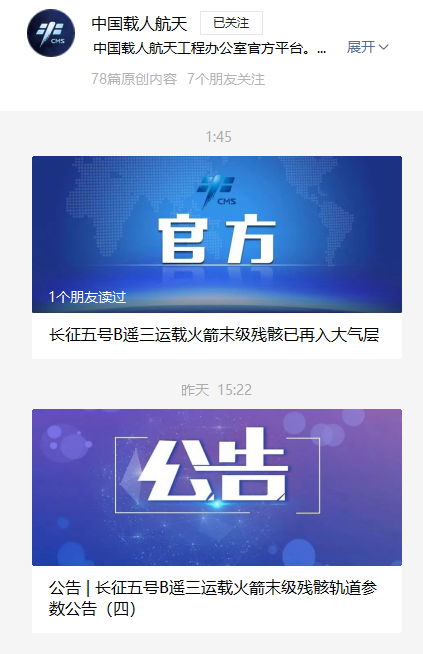 But July 30, local time,NASA (US Aerospace Administration) Director Nielson blatantly accused China of not sharing the specific information about the wreckage of the five B rockets, saying that it was irresponsible and dangerous.

Nielson claims that all countries should share this kind of information as much as possible to accurately predict the risk of potential fragments, especially heavy -duty carrier rockets like Long March 5 B, with major life and property losses.

Nielsen's remarks have caused widespread criticism. Military expert Song Zhongping pointed out that on the one hand, China has announced the relevant parameters to the international community. The wreckage point is accurately located, so the United States' accusations on China are completely speculating for hype.

However, whenever SpaceX Falcon, western, and other western rockets, and the wreckage fall, the United States has a collective loud voice from top to bottom.

Huang Zhicheng, a aerodynamologist and aerospace technology expert, pointed out,The United States is so repeated that the only thing that can explain is that they are jealous of China's huge progress in manned space. 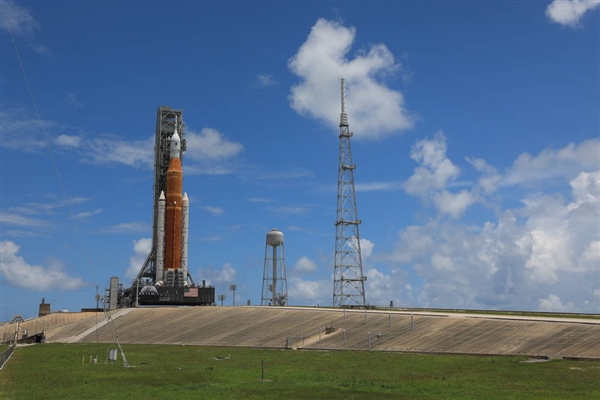 Related news
Amazon: Open Announcements broadcasting to all certified Alexa devices
Android will have the'blanketed' feature, tentatively named'Nearby Sharing'
Station B jumps out of copyright competition game
Is the lawsuit of infringing video, why does station B lose and win?
Telecom Operators Essential for the Metaverse:China Mobile Chairman
NASA accuses China of not sharing information about the wreckage of the long five -B rocket: Five announcements cannot be seen?
Hot news this week
Biden signed a chip and scientific bill, a video call of WeChat iOS internal test suspension window, the advanced CPU caused Win11 to be difficult to use, Huawei new machines enter...
How to regulate the "broken card" operation to crack down on electrical fraud to prevent "accidental injuries" with cards?
Musk's eyes! Lei Jun released a full -size humanoid robot Xiaomi self -developed strength explosion table
Japan has confirmed that China has overtaken the US for the first time in the world's top three indicators of scientific papers
iPad 10 will be absent from iPhone 14 conference: October appeared on Apple's last non -comprehensive tablet tablet!
Kuaishou TOB business Yu Bing: Self -developed chips or mass production after the end of the year, the video must be turned into light industry
The three major indexes of the US stocks opened sharply: ROBLOX fell more than 4%, Twitter and Tesla rose more than 3%
The global streaming media have increased the animation circuit is becoming a new "breakthrough" for Youaiteng
After selling Tesla for $6.9 billion, Musk said he was not selling it, but a survey said he was still selling it. The title of the world's richest man may not be guaranteed next ye...
Meizu Pandaer Great: All products are reduced by 200 and 30 -containing mobile phone cases, heat dissipation back clamps
The most popular news this week
Pet dog infecting monkey acne suspected "Human Poor" American CDC Reform Control Guide
Space Launch System to Fly for First Time
Tencent's second-quarter net profit fell 56% from a year earlier to 18.6 billion yuan
Fabless customers cut back on chip orders affecting Q4 capacity utilization
Washington's suspicion of TIKTOK exacerbated: How will the Bayeon government weigh it?
Pinduoduo launched its cross-border e-commerce platform in the United States in September
Put an SSD in your phone: from 2,499 yuan
China's largest general purpose drone! The first five flights were successful
IPhone 14 to be released alongside Huawei Mate 50: Which bangs do you choose?
Tencent's agent of the Russian war online game announced the suspension: Customs Customs in October