Original title: Musk may continue to sell Tesla half of the interviewees that the world's richest man will be replaced next year's richest man

Since November last year, Musk has sold more than 15 million Tesla shares, with a cumulative cumulative amount of nearly $ 25 billion. In April, Musk tweeted that Tesla shares will not be further sold since then. 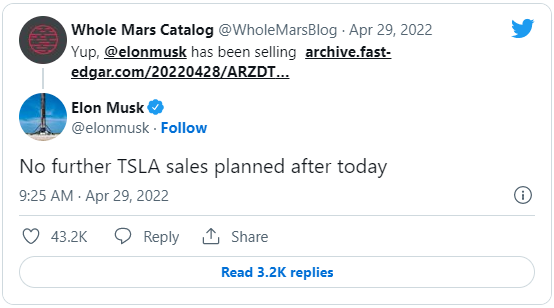 Also in April, Musk expressed his willingness to acquire Twitter at a price of $ 44 billion, and the sale of Tesla shares was also regarded as its financing for the transaction. But as Musk was no longer interested in Twitter, 75%of the respondents thought that Musk might not buy Twitter in the end.

Tesla is no longer the darling of US stocks

This also reflects the negative emotions of the market's future stock prices in Tesla.

When the interviewees predict the stock price of large technology companies, they made more pessimistic estimates on Tesla's stocks. Compared with the other four large companies in the S & P 500 Index, Microsoft, Amazon, Alphabet and Apple, only 12.5%of investors believe that Tesla's stock price will have the greatest growth potential in the next six months. Microsoft and Amazon each have nearly 25%of investors betting, Alphabet received 21%support, and Apple has 18%.

Investors believe that the largest technology companies are more likely to achieve moderate growth in the next few months, but they still keep cautious, especially for Tesla.

Since the epidemic, Tesla has been trapped in the epidemic and supply chain. Recently, it has to add a big drama of CEO and Twitter. The stock price has risen and declined. In June, Tesla's stock price fell to $ 620.57, compared with the highest point last year, $ 1243.49. 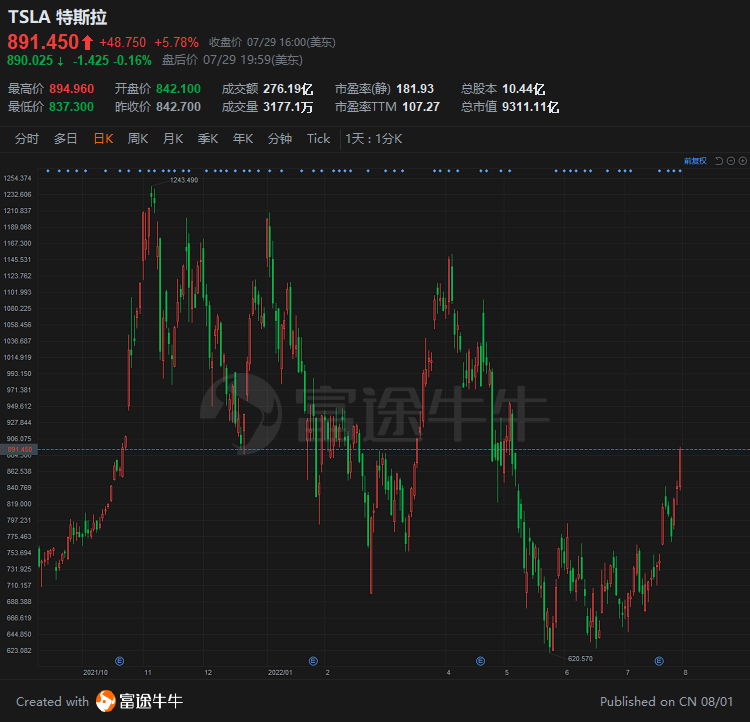 The competition in the electric vehicle market is becoming increasingly fierce. There are Volkswagen and General Motors, and rookies such as BYD are fierce. Tesla's monopoly position in the field of electric vehicles no longer exists, which has further exacerbated investors Essence

Applico's CEO Alex & Middot; Mozee said that monopoly in the technology industry can provide safe flight, and investors hope to invest in places where the risk is small and guarantee.

Unfortunately, Tesla seems to have been out of the definition of "monopoly". This also made Musk's richest man's position dangerous. Among the more than $ 250 billion in net worth, Tesla's shares contributed a considerable proportion.

50%of investors predict that Musk will lose the name of the richest man before the end of 2023, and one -third of the other persons say that the richest man may have to wait until 2025 or after 2025.

Related news
13 years of history NVIDIA gave up Tesla brand in a low-key way: name collision with electric vehicles
NVIDIA gives up Tesla brand in a low-key way: because of its name collision with famous electric vehicles
Musk may continue to sell Tesla half of the interviewees that the world's richest man will be replaced in 2023
Hot news this week
China has found 35 known cases of the new zoonotic virus Langya
Losses in a single quarter of $ 23.4 billion a record, SoftBank did not carry the plunge of technology stocks and the devaluation of the yen
The prevention and control of the American Monkey epidemic has failed. What should I pay attention to?
Is the micro -business headache? WeChat friends are suspected to have a big move: 7 can only be posted a week
Kuaishou launched a self-developed cloud intelligent video processing chip: The chip has been streamed successfully
The new product of Xiaomi MIX is coming: both internal and external dual -screen has been upgraded to make up for the previous generation.
A new zoonotic virus, Langya, found in China has not yet been confirmed to be transmitted from person to person
Ministry of Public Security: Single telecommunications network fraud continues to cause 40 % of all electrical fraud cases
Special price "kill ripe"? Bike-sharing platforms have different prices for the same package for different users
A tech company in Shanghai has been fined 220,000 yuan for swiping orders to improve its ranking on Yelp
The most popular news this week
Xiaomi's 500 -day industry insider: There is no surprise of autonomous driving technology
Your mobile phone is more and more "understand" you? This is not necessarily a good thing
Economic Daily: Putting less traffic and fake crooked ideas
Hubble discovered "Celestial Cloud Scenery": like a beautiful abstract watercolor painting
US media: YouTube plans to launch a streaming media video service subscription platform.
Microsoft calls Sony's game "exclusive" hindering the development of XGP, and the subscription system has not yet brought color to the two businesses
Domestic 1.5K screen+Snapdragon 888 4G Huawei Mate 50 Standard Edition Stealing
Huawei gave high -end mobile phones to Apple's delivery in 2022 about 30 million units
Intel is ok! AMD CPU discovered a new security vulnerability: Ryzen family was stabbed
Samsung high -level: By 2025 Samsung's high -end mobile phones are half a folding screen phone