The second largest acquisition in Google's history was approved. What can this company bring to the embarrassing Google Cloud?

Google announced at the second quarter of last week that the US Department of Justice has approved the acquisition of Google's $ 5.4 billion to the network security company Mandiant -this is the second largest acquisition in Google history, second only to 125 in 2011, 125 Million dollars acquired Motorola mobile phone department Mobility.

Google Management is expected to complete the transaction at the end of the year, and Mandiant will be included in the security combination of Google Cloud's business at that time.

The news of the acquisition was first released on March 8 this year. At that time, the two parties jointly announced that Google will acquire Mandiant for $ 5.4 billion and $ 23 per share. The median valuation in MANDIANT.

Google's current cash reserves and short -term investment are close to 170 billion US dollars. The purchase price of $ 5.4 billion is like a nine cattle for Google, and Mandiant has been losing money before. Google Cloud brows the dual value of technology and business? 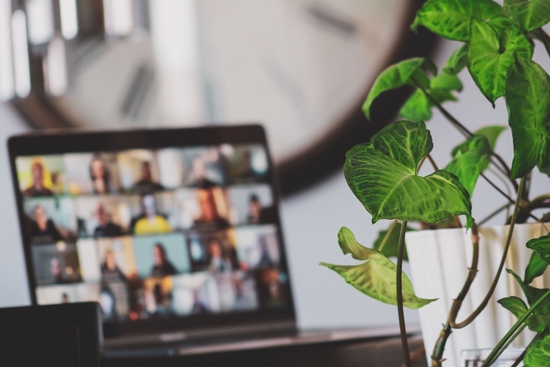 Google Cloud has always been regarded as Google's second growth curve. Diane Green, the former head of the department, put forward a grand wish in 2017: AWS Cloud, the leader of the cloud computing market on July 31, 2022. As of press time, the target not only did not achieve it, but Diane Greene also resigned in 2018.

To this day, Google Cloud is still third in the industry, with a weak signs of turning over, and to some extent, there are still risks that will be marginalized by Amazon and Microsoft. According to Synergy's data, as of the second quarter, AWS has 34%of the global cloud infrastructure market share, more than Microsoft and Google's market share.

But Google Cloud has been chasing after, even if the capital expenditure of North American cloud manufacturers has slowed collectively this year. In the second quarter, Google Cloud's revenue growth rate reached 36%, exceeding 33%of AWS, second only to 40%of Microsoft Azure. Its growth rate in cloud capital also exceeded two competitors. In the second quarter, it increased by 24.2%year -on -year. Microsoft's year -on -year growth rate was only 6.5%, and AWS was 8.6%.

Some analysts pointed out that from the perspective of customer structure, a major advantage of Google Cloud is that the performance in the US TO G market is quite good. It has customers such as the US International Development Agency, the US Air Force Research Lab and the US Department of Agriculture, which is close to AWS. Microsoft, which has not been deeply cultivated in the government market, is too far away, but the biggest disadvantage is that the entry time is too late.

The acquisition of Mandiant helps Google Cloud to further leverage the G -end market in the United States. MANDIANT has a distinctive US military background. Its founder Kevin Mandia is from the US Department of Defense and many employees are also from the American intelligence community. MANDIANT & NBSP; After being acquired by the top Internet security company Fireeye in 2013, the penetration of the To G market was deepened. Because Fireeye mainly provides protection services for high -end network threats after the establishment, the United States has asked government agencies and large military industry groups to deploy Fireeye products.

In 2021, due to performance considerations, Fireeye sold its product business to STG for $ 1.2 billion, and later renamed it to Mandiant, becoming a listed company focusing on cyber accident response and network security testing. Google will put Mandiant into the pocket and may bring rich US government orders in the future. Some analysts have pointed out that the government and national defense fields have become the most intense zones in Microsoft Azure and AWS.

Not only that, the degree of matching of this acquisition in the technical level is even higher than the commercial level.

The era of high -speed growth in the global cloud computing industry has passed. For various cloud computing giants that have entered the hot competition, the security of the cloud platform is the key to determining the success or failure of the next stage. The ransomware represented by MAZE launched the first wave of representative attacks at the end of 2019. Since then, such incidents have increased quarterly year by year. By 2021, the network attack of the ransomware increased by 105%, a total of more than 623 million times the world, and the government's target attack increased by 1885%, ranking first in major fields.

XDR is a new field of security segmentation, refers to a SaaS -based safety threat detection and event response tool that is bound to specific suppliers. Essence

In addition to XDR, Mandiant also has the industry's highest level of management defense services. In the future, it can be packed and sold to customers as an additional solution for Google Cloud IaaS services as part of the end -to -end solution. According to industry statistics, only XDR and management defense can open a new market with more than $ 45 billion for Google.

Before Google announced the acquisition of Mandiant, Microsoft had spent a lot of energy in contact with it, but finally gave up on the grounds that Mandiant was uncomfortable with his own technology. Xu Mingqiang, chief technology officer of Microsoft omni -channel business department, told the interface news that Microsoft had previously acquired Cloudknox, which valued the company's ability to improve the authority in the cloudy environment in a cloudy environment. In other words, Microsoft's idea of layout in the security field is to provide comprehensive and three -dimensional protection according to customer requirements.

Even if Manidant cannot help Google Cloud surpass Microsoft, it may largely reverse the current $ 858 million in operational losses and make it quickly become a profitable department. Google CEO Picchai has always said that Google's safety products are a powerful differentiation factor.

Mandiant's information security market is around $ 170.4 billion in 2022. Many participants still enter the game one after another, and the competitive situation is close to the Red Sea.

Rookie in the field of network security. Last year, Microsoft acquired a group of high -quality startups in the security field, including Cloudknox and digital threat management manufacturers Riskiq, which was engaged in cloudy management. Before Mandiant, Google acquired the Israeli network security startup SIEMPLIFY in January this year. Google's acquisition of Mandiant may be ranked in the top four in the field of Internet security.

Mandiant's founder Mandia also has also operated a founding venture capital institution in the field of network security in recent years, called Ballistic Ventures. As an investor, he has a unique vision and is known for its accuracy of the adaptation of the founder and the security business. In his opinion, 80%of the world's network security startups are superfluous today. But this time, he used investment vision to help him choose the most suitable owner.

Related news
Google's first half of the past
How much is Google Cloud worth?
TikTok America sell Google?
Google announced its acquisition of Actifio, which will be integrated into Google cloud
Hot news this week
Alibaba: Shareholders SoftBank will settle in advance for advanced payment in advance involving a maximum of about 242 million ADR
Biden signed a chip and scientific bill, a video call of WeChat iOS internal test suspension window, the advanced CPU caused Win11 to be difficult to use, Huawei new machines enter...
Text message color, picture quality compression! Google calls out Apple for improving cross-device messaging
How to regulate the "broken card" operation to crack down on electrical fraud to prevent "accidental injuries" with cards?
Musk's eyes! Lei Jun released a full -size humanoid robot Xiaomi self -developed strength explosion table
Japan has confirmed that China has overtaken the US for the first time in the world's top three indicators of scientific papers
SoftBank Group announced the early settlement of up to 242 million forward contracts for ADRs in Alibaba, reducing its stake to 14.6 percent
iPad 10 will be absent from iPhone 14 conference: October appeared on Apple's last non -comprehensive tablet tablet!
Kuaishou TOB business Yu Bing: Self -developed chips or mass production after the end of the year, the video must be turned into light industry
The three major indexes of the US stocks opened sharply: ROBLOX fell more than 4%, Twitter and Tesla rose more than 3%
The most popular news this week
Fabless customers cut back on chip orders affecting Q4 capacity utilization
Washington's suspicion of TIKTOK exacerbated: How will the Bayeon government weigh it?
Pinduoduo launched its cross-border e-commerce platform in the United States in September
Put an SSD in your phone: from 2,499 yuan
China's largest general purpose drone! The first five flights were successful
IPhone 14 to be released alongside Huawei Mate 50: Which bangs do you choose?
Tencent's agent of the Russian war online game announced the suspension: Customs Customs in October
Will the heat this summer cause the winter to be extremely cold? Expert science
New Intel NUC Mini! First time with Core P 12 and a castrated version
Lenovo and Motorola are involved in the case! US ITC launched 337 surveys on mobile electronic devices