Wu Hequan, academician of the Chinese Academy of Engineering, said China may become the world's largest computer power in the future

With the development of digital economy, the explosive growth of data volume has put forward higher requirements for data computing capacity, making computing power a new key productivity after heat and electricity.

The 2022 China Computing Conference, the first state-level industry conference in the field of computing, was co-hosted by the Ministry of Industry and Information Technology (MIIT) and Shandong Provincial People's government, in Jinan on July 30. This is computing power in the field of national strategic level another pound action.

According to the Ministry of Industry and Information Technology, the scale of China's computing power industry is growing rapidly, with an average growth rate of more than 30% in the past five years, ranking second in the world. According to the Information and Communication Institute's calculation data, by the end of 2021, the scale of China's computing core industry exceeded 1.5 trillion yuan, and the scale of related industries exceeded 8 trillion yuan.

China has a huge amount of data and a global advantage in intelligent computing power, Wu Hequan, an academician at the Chinese Academy of Engineering, said in an interview. China may become the world's largest country in terms of total computing power in the future, but it still faces some obstacles in the process of converting computing power into productivity. 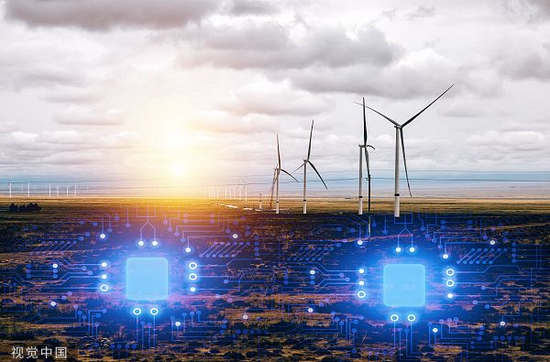 Due to the boom in artificial intelligence, China has a prominent global advantage in intelligent computing power due to the joint efforts of government and enterprises, but the country still faces obstacles in the process of converting computing power into productive forces, Wu said. Among them, the most prominent is the lack of data storage and utilization.

Currently, computing power is not available on demand like electricity. 'Computing power requires computing, and computing requires models, which are trained on big data,' Mr. Wu said. 'This means that the threshold for computing power modeling is very high, and only a few companies are doing this.'

Data centers are at the heart of the computing industry. The country will build national computing hub nodes in eight areas, including the Beijing-Tianjin-Hebei region, the Yangtze River Delta, the Guangdong-Hong Kong-Macao Greater Bay Area, Chengdu-Chongqing, Inner Mongolia, Guizhou, Gansu and Ningxia, and plan 10 national data center clusters, according to a notice on the "East and West Computing" project released in February.

Wu Hequan said that this is the country at the macro level to guide the rational layout of data centers, not only balance computing power, but also reflect the reasonable distribution of energy, but also promote the coordinated development of the region, is a measure to kill more than one stone.

But within the hub, there are data centers built by different companies. Mr Wu believes that the current collaboration between data centres is still not enough. He suggested that local governments should coordinate, including optimizing public energy, power, and water, as well as the bandwidth of the export trunk, and strengthening the backup complementarity between data centers. For example, how to coordinate the communication lines and trunk transmission between the primary and standby data centers of large data centers.

Coordination between East and west also needs to be optimized. "For example, we want data centers in Gansu and Ningxia to collaborate with data centers in Shanghai, and we want heat data from the east to be transferred to the west. Who communicates between the two places? This requires planning and deployment of cross-domain data center collaboration at the national level. Of course, it will take time." Mr Wu said.

Then there's the utility issue of today's data centers. Wu Hequan pointed out that at present, China's data center on the shelf rate in 55% or so, use is not sufficient. "When a large data center is built, if users and the market can't keep up, and the chips become obsolete after a year and a half of being idle, the data center will not be built."

As an asset-heavy industry, data centers have a slow return on investment. In the past, the development of data centers in western China was mainly based on rack rental and server hosting. Wu compares it to "digital real estate", that is, to rent space mainly, value-added services are few.

He believes that the west will provide more value-added services in the future, and gradually extend the business to the front end of data, such as data cleaning, labeling, preprocessing, etc., which are mostly completed by manpower at present. In addition, the installation, wiring, cooling and security of the data center room and server also require a lot of manpower. In the case of conditions, it can also be developed to the back-end of the industry, such as the use of algorithms and computing power.

"The west should seize the opportunity, while seizing the central link, gradually extend to the whole industrial chain." "Mr. Wu said.

Related news
IEEE Computer Magazine will be published in Chinese in 2020
Wu Hequan, Academician of the Chinese Academy of Engineering :5 G is actually cheaper than 4 G
The English name of Chinese liquor has been changed: Chinese Baijiu has been officially launched
China’s First Desktop Operating System Developer Platform openKylin Launched
Tesla's Chinese Rivals See Record Monthly Delivery on Further Recovery from Covid
Telecom Operators Essential for the Metaverse:China Mobile Chairman
Wu Hequan, academician of the Chinese Academy of Engineering, said China may become the world's largest computer power in the future
Hot news this week
China has found 35 known cases of the new zoonotic virus Langya
Monkey acne cases have ranked first in the world that the United States has announced the emergency state of public health
Credit card points rule intensive adjustment online transaction points more "valuable"
Losses in a single quarter of $ 23.4 billion a record, SoftBank did not carry the plunge of technology stocks and the devaluation of the yen
The prevention and control of the American Monkey epidemic has failed. What should I pay attention to?
Sources say Samsung's Galaxy Z Fold4 is going up in price: a 512GB top unit will cost more than 13,000
Is the micro -business headache? WeChat friends are suspected to have a big move: 7 can only be posted a week
Kuaishou launched a self-developed cloud intelligent video processing chip: The chip has been streamed successfully
The new product of Xiaomi MIX is coming: both internal and external dual -screen has been upgraded to make up for the previous generation.
A new zoonotic virus, Langya, found in China has not yet been confirmed to be transmitted from person to person
The most popular news this week
Mr. Lei: Mr. Bezos apologized to me for not taking good care of Joyo.com
Ever wanted to buy Tencent QQ, Alibaba asked for a stake? Lei jun rumours
Lei Jun's first business thinking book "Xiaomi Entrepreneurship Thinking" was introduced to the latest and most complete Xiaomi methodology summary
Apple's iPhone is no longer a symbol of wealth in China: for reasons to be proud
Xiaomi Motor Autonomous Driving First Show: Automatic Charging of Autonomous Driving in the whole scene
Musk's eyes! Lei Jun released a full -size humanoid robot Xiaomi self -developed strength explosion table
The global streaming media have increased the animation circuit is becoming a new "breakthrough" for Youaiteng
Kuaishou TOB business Yu Bing: Self -developed chips or mass production after the end of the year, the video must be turned into light industry
Lei Jun: Once bid 10 million to buy NetEase was rejected by Ding Lei
Intel burns 23.2 billion won't make a decent graphics card