There are major defects exposed to the US organ transplantation network. On average, 22 people die every day in the waiting organ

Phoenix Network Science and Technology News On August 2nd, according to a US official review report, the US organ transplantation network that donates kidneys, liver and heart to patients with illness depends onDestiny and often collapsed technologyIt has never been reviewed by the federal government on security vulnerabilities or other serious defects. 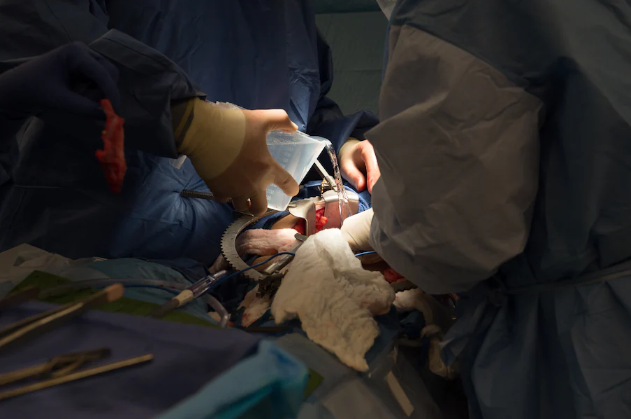 This organ transplantation network is mainly operated by the US non -profit organization "United Network for Organ Sharing (called Unos),Responsible for the operation of organ transplant logistics systems, and decide how to give priority to the distributor organEssence The review report mentioned that a series of serious defects exposed, such asSoftware aging, periodic system failure, programming errors and excessive dependence of manual input dataWait, the mechanism of the entire transplant system must be thoroughly inspected.

According to statistics, since 1999, the UNOS network system has collapsed in total17 daysEssence One of the collapses is up tothree hoursThis will undoubtedly bring huge risks to patients, becauseThe organs may start to decompose within four hours, and eventually cannot be transplantedEssence In addition, the degree of automation of the system is staggering, and the software organization structure that matches the donor and the patient is very clumsy.A single change may take a whole year to reflect in the codeEssence In addition, manual input data is still needed, which may cause errors or reduction of the time window for successful organ matching. However, despite these problems, UNOS has never allowed government officials to view the complete code behind the system, which claims that this is commercial secret.

The aging and backwardness of the UNOS system is just the tip of the iceberg. According to internal personnel feedback,He was forced to ask for help to specify the plan of transportation organs to designate travel websites such as ExpediaEssence Director of Liver Transplantation Medicine of San Diego Hospital also said that it can only rely on the coordinator of the center to arrange traffic, and Unos has no help. "In our intensive care unit, a female patient was very ill. It was difficult to get an organ, butI encountered difficulties in the process of sending the surgeon to her and retrieved the liver. She died a week later.”。 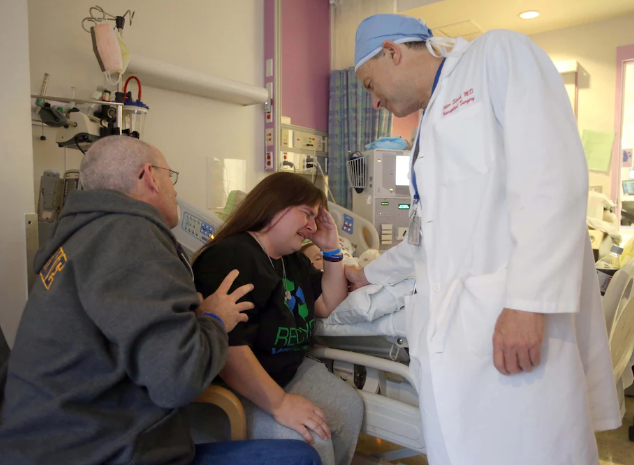 The emotional collapse of patients waiting for transplantation

According to official statistics, the number of waiting lists in the United States of organs exceeds 100,000 each year, and the number of organ transplants in 2021 is about 40,000, with an average of 22 people dying at the waiting organs per day. The contradiction is that the data of the scientific registration department of the transplantation reveals another amazing fact. All the kidneys purchased by the United States for transplantation have not been used by more than 20%.

Related news
Foreign Media: Amazon Prime Day is just a fake version of Ali Shuang11
Video game trend feast Asustek held Rog day fans Carnival
ROG DAY fans Carnival Asus e-sports motherboard shows its strength
Google AR AI visual world cultural heritage microbeauty hologram (WIMI.US) digital display PK traditional model
ASUS main board leads Rog day fans Carnival highlights
Ancient charm collision national tide e-sports China Shuo card aid ROG DAY fan carnival
There are major defects exposed to the US organ transplantation network. On average, 22 people die every day in the waiting organ
Hot news this week
Too many questions! Apple has changed the timing of the official release of iOS 16 series
Monkey acne cases have ranked first in the world that the United States has announced the emergency state of public health
Credit card points rule intensive adjustment online transaction points more "valuable"
High reserves and low cost experts: calcium ion batteries replace lithium batteries to stand up to the daily
Alibaba executives interpret financial results: the focus of the consumer side is no longer to attract new, but to do a good job in stratified operation
Losses in a single quarter of $ 23.4 billion a record, SoftBank did not carry the plunge of technology stocks and the devaluation of the yen
Sources say Samsung's Galaxy Z Fold4 is going up in price: a 512GB top unit will cost more than 13,000
The prevention and control of the American Monkey epidemic has failed. What should I pay attention to?
Is the micro -business headache? WeChat friends are suspected to have a big move: 7 can only be posted a week
Alibaba's first quarter revenue in the first quarter of fiscal year 2023 was 205.56 billion yuan in net profit of 30.25 billion yuan
The most popular news this week
AMD Zen4 has a "sweet spot" : The first wave of DDR5 is cannon fodder!
Xiaomi new flagship is issued tonight: the cost of light screen is the top of a Snapdragon 8+ flagship
Huawei Mate 50 September IP14! Multi -device collaborative crushing apples
After selling Tesla for $6.9 billion, Musk said he was not selling it, but a survey said he was still selling it. The title of the world's richest man may not be guaranteed next ye...
Distributed database OceanBase announced 4.0 product release, single -machine deployment performance is super mysql
The three major indexes of the US stocks opened sharply: ROBLOX fell more than 4%, Twitter and Tesla rose more than 3%
Japan has confirmed that China has overtaken the US for the first time in the world's top three indicators of scientific papers
A wake-up call for Apple? Foxconn says it is feeling the sting of slowing demand for smartphones
Joining Chip Alliance could serve as bridge, says South Korean Foreign Minister
Joe Biden also mentioned Chiplet? An unexpected A-share buzzword in A White House briefing