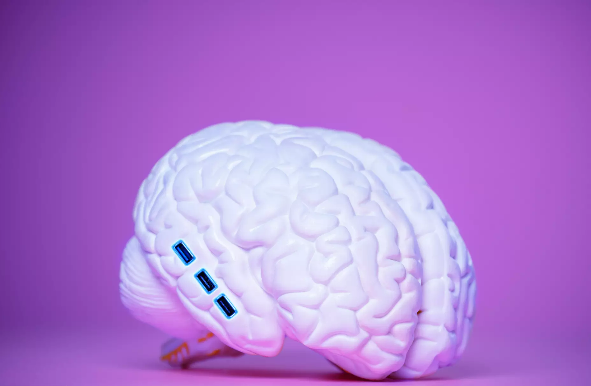 On July 6, Synchron performed the first human brain interface surgery in the United States. The recipient is a patient with muscle atrophy side sclerosis and has lost his ability to move and speak.

Muscle atrophic side cable sclerosis is commonly known as gradient disease. The patient's muscle will gradually shrink, and finally lose the ability to move. Unlike Azheimer's disease, this disease does not affect the patient's neural activity. Even patients can always maintain a sober consciousness.

The purpose of Synchron is to enable these patients to control electronic devices through consciousness, such as sending text messages or online shopping. This is not the first time that Synchron has performed human brain machine interface surgery. Earlier, Synchron had been implanted in four patients in Australia.

Non -invasive brain -type interface is to put the electrode on the skull, which is a primary brain interface. The advantage is that it does not require surgery and will not infringe the human body. But because of this, the signal quality collected is very low.

The invasive brain machine interface needs to directly contact the cerebral cortex through surgery. The advantage of this is that the tested signal noise is low and the loss is small, but craniotomy is required. Neuralink's brain -machine interface, the diameter of the implantation of the wound is greater than 2 cm. 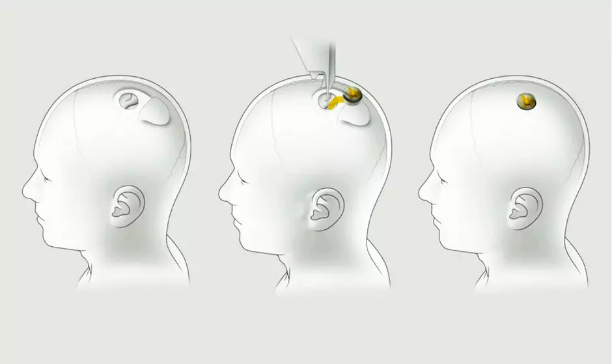 Synchron's uniqueness is that they innovate the electrode implantation method, thereby avoiding craniotomy surgery. During the operation, the doctor will first open a micro -wound on the patient's neck. Through the cervical vein catheter, the mesh implant is input into the blood vessels of the cerebral cortex.

When the catheter is removed, the mesh implant is opened and fused with the outer edge of the blood vessels. According to Shahram & Middot; Shahram Majidi, this process, this process is very similar to implantation of coronary arteries, only a few minutes. 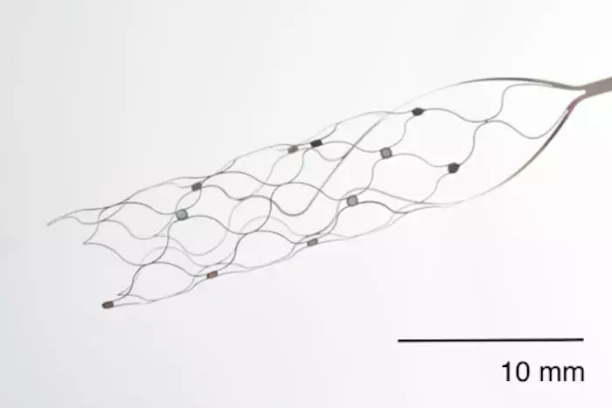 Because surgery is minimally invasive, compared to craniotomy surgery, the damage to the human body is very small. Although Synchron did not announce the postoperative recovery of the patient, the main doctor Magidi said: "The implantation surgery is very smooth, and the patient can go home 48 hours after surgery."

But Synchron's technical route is not perfect. Since the implant exists in the cerebral blood vessels and does not directly contact the neurons, the receiving signal will be attenuated. In addition, the number of electrodes is also limited. Because the electrodes can only be placed on the bracket, the current synchron can only achieve 16 channels. In contrast, Neuralink has achieved 1024 channels.

Another problem facing the invasive interface is biological compatibility. Due to the role of the immune system, it is used for a long time, and a layer of nerve glue cells will be slowly wrapped around the implant, making the collected nerve signal weakened. This also means that over time, patients need to re -undergo surgery to replace the implant. At present, the longest working time of brain implants in the human body is two years.

In general, people are eager to achieve the scenes in science fiction novels, but security is the worry of everyone. The incoming interface is on one end of the heaven, and the non -dumped interface is on the other end of the heaven. All brain -machine interface companies do are found in these two sections -how to achieve higher ceiling as much as possible under the premise of security.

No technical route is perfect. Synchron is preferentially considered to be safe, and Neuralink is more radical. But for now, Synchron has still led its competitors -Neuralink is also stuck in FDA's human experiment approval.

Related news
@666 Join illuminati Kingdom in United Kingdom +27839387284
Strong Money Spells in United States (USA) | spiritual rats
here.@ ***
Brain-computer interface company Synchron announced the first human trial in the United States
The United States has implemented the first patient with human brain interface surgery. Patients have new hope
Hot news this week
Too many questions! Apple has changed the timing of the official release of iOS 16 series
Monkey acne cases have ranked first in the world that the United States has announced the emergency state of public health
Credit card points rule intensive adjustment online transaction points more "valuable"
High reserves and low cost experts: calcium ion batteries replace lithium batteries to stand up to the daily
Alibaba executives interpret financial results: the focus of the consumer side is no longer to attract new, but to do a good job in stratified operation
Losses in a single quarter of $ 23.4 billion a record, SoftBank did not carry the plunge of technology stocks and the devaluation of the yen
Sources say Samsung's Galaxy Z Fold4 is going up in price: a 512GB top unit will cost more than 13,000
The prevention and control of the American Monkey epidemic has failed. What should I pay attention to?
Is the micro -business headache? WeChat friends are suspected to have a big move: 7 can only be posted a week
Alibaba's first quarter revenue in the first quarter of fiscal year 2023 was 205.56 billion yuan in net profit of 30.25 billion yuan
The most popular news this week
AMD Zen4 has a "sweet spot" : The first wave of DDR5 is cannon fodder!
Xiaomi new flagship is issued tonight: the cost of light screen is the top of a Snapdragon 8+ flagship
Huawei Mate 50 September IP14! Multi -device collaborative crushing apples
After selling Tesla for $6.9 billion, Musk said he was not selling it, but a survey said he was still selling it. The title of the world's richest man may not be guaranteed next ye...
Distributed database OceanBase announced 4.0 product release, single -machine deployment performance is super mysql
The three major indexes of the US stocks opened sharply: ROBLOX fell more than 4%, Twitter and Tesla rose more than 3%
Japan has confirmed that China has overtaken the US for the first time in the world's top three indicators of scientific papers
A wake-up call for Apple? Foxconn says it is feeling the sting of slowing demand for smartphones
Joining Chip Alliance could serve as bridge, says South Korean Foreign Minister
Joe Biden also mentioned Chiplet? An unexpected A-share buzzword in A White House briefing