The most selling game can no longer be named by FIFA, EA Sports does not put football content

On August 2, 2022 local time, according to the Spanish media "Marca" report, the FIFA game developer EA Sports will become a new title of La Liga from the 2023/2024 season. Essence

It is reported that EA SPORTS will pay about $ 30.5 million to the La Liga every year. This agreement will also cover the West League, e -sports La Liga and La Liga Youth Championship.

EA Sports was founded in 1991. It is a sub -brand of Yicheng's responsibility for manufacturing and developing sports video games.

Well -known games such as NBA Live, FIFA series, and Naska Motors are all game products developed by EA Sports. Among them, the FIFA series has the most eye -catching results, and there are currently more than 100 million sales. 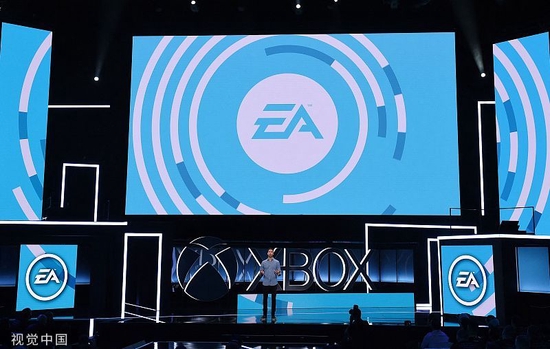 However, in May this year, FIFA announced that it would terminate the cooperation with EA Sports for nearly 30 years. This means that the FIFA series developed by EA Sports will become out of print next year.

At the same time, EA Sports announced that after this year's "FIFA23", the "FIFA" series game will be renamed "EA Sports FC" for reorganization.

EA SPORTS said that the international football association is too high and the number of restrictions on game content is the main reason for the termination of the two parties to terminate cooperation.

As the most sold game owned by EA Sports, the FIFA series games have made EA Sports a lot of benefits.

In June of this year, EA announced its 2022 fiscal year. EA revenue in fiscal year in 2022, an increase of 26%year -on -year. Among them, the Ultimate Team product matrix of FIFA series games accounts for 29%of the company's total revenue.

The termination of cooperation between EA and FIFA means that in the future EA's football game, there will be no more content related to the World Cup. At the same time, it is reported that FIFA has cooperated with third -party studios and publishers to develop new game projects.

Under internal and external problems, EA Sports must find new content authorization for the game.

Outside of the World Cup, the most concerned football event is undoubtedly the five major leagues in Europe. Obviously, La Liga has become the first goal of EA Sports.

David Jackson, Vice President of EA Sports FC, said: "The new game we will launch will bring players to experience the experience of the FIFA series. As one of the best football leagues in the world, the La Liga is undoubtedly undoubted Our most ideal partner. This cooperation will also consolidate the central position of our two parties in football culture. "

Javier Tebas, President of La Liga, revealed that the cooperation did include the agreement in digital content.

In fact, while reaching cooperation with La Liga, EA Sports has been advancing with other European leagues and clubs.

On July 21, according to SportSpromedia, EA Sports is in contact with a number of European women's football clubs to join the women's football content into the game. On July 26, the Serie A giant Juventus announced that it would establish a partnership with EA Sports, and Juventus's visual elements will appear in the football game developed by EA Sports in the future.

According to a report from the digital asset platform HORIZM, the digital inventory activated by the five major league brands at present is less than 5%, which still has great potential. In the activated digital inventory, EA Sports has 22 different IP assets, with the highest activation value, totaling 9.6 million euros (about 69 million yuan).

Related news
"Fifa21" to be released EA: the smartest and best AI football game in history
Youth is over! Tencent's proxy sports game FIFA online 3 is out of service
EA official: will delete the Russian national team and club in the "FIFA" game
"FIFA 22" was forced to remove Maradona: all because of legal disputes
The most selling game can no longer be named by FIFA, EA Sports does not put football content
EA announces kernel-level anti-cheating tools
Hot news this week
During the quarter, we signed a multi-year intellectual property patent licensing agreement with a major licensee. This positive result enables us to obtain more 5G patent licensin...
Win10 digital version will be discontinued: free whitewash is still available Microsoft has not been under the dead hand for 7 years
Microsoft posted $17.4 billion in non-GAAP net income on revenue of $52.7 billion in the second quarter of fiscal 2023
YouTube complained about: using offline return-to-work policy to illegally block contract workers from unionizing
India receives Radio Signals from Galaxies 9 billion light-years Away Astronomers: Aliens not involved
Beautiful country semiconductor ushered in the winter, US high enterprises inverted, our country market doesn't buy it!
Cybertruck skipped tickets again! Mass production of Tesla electric pickup truck will not wait until 2024.
Apple will relax measures to deal with COVID-19 's epidemic and encourage employees to go back to work
Huawei P60 Pro latest configuration chart revealed: variable aperture and satellite communications are on the list
Intel: 14 generations of Core in the second half of the year, and build a new architecture from zero next year.
The most popular news this week
ChatGPT after global explosion: Baidu announces similar AI service to be launched in March
Lei Jun announced the first major event at the beginning of the year: it is critical to Xiaomi!
Carry the cauldron! Three out of ten divorces are linked to one partner's addiction to their mobile phone, research suggests
The iPhone is No. 1 in China! Why do people prefer Apple to Android?
China develops starch and protein synthesis technology for corn stover: Costs drop dramatically
Technology tree point crooked? Toyota's new patent: hold the door handle can be sterilized
Eight satellites in eight hours! China rushed to Venezuela's relief efforts
Apple bet on mixed reality, but the selling point of the product is not enough.
Baidu is reported to launch an AI chat robot service similar to ChatGPT in March this year.
The most powerful SSD becomes the last song Intel retired Aoteng hard disk: 6 years of performance is still leading