As a semiconductor company that has high -performance X86 and GPU services worldwide, AMD has two heavy products this year, both of which are 5nm processes. The CPU is the Ryzen 7000 series. It will compete with 13 generations of Core. The GPU is the RX 7000 series To compete with the RTX 40 series.

However, the time progress is different. The Ryzen 7000 series will be available in September, and the RX 7000 graphics card is later.AMD CEO Su Zifeng reiterated the progress of the graphics card at the financial report today. The time point is still the Q4 quarter at the end of this year. 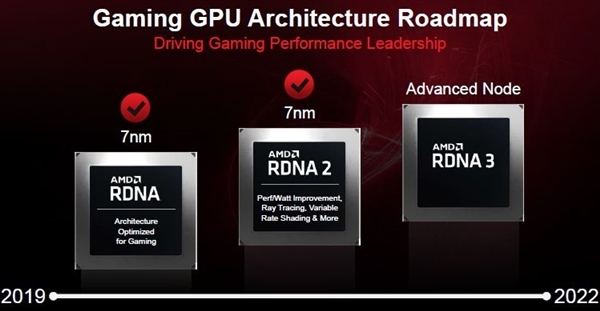 Of course, if you are optimistic, considering that the progress of Ryzen 7000 is a bit advanced, it means that the 5nm production capacity is not a problem, so the progress of the RX 7000 series graphics card may also be advanced in advance, as soon as October has hope, not necessarily in December. 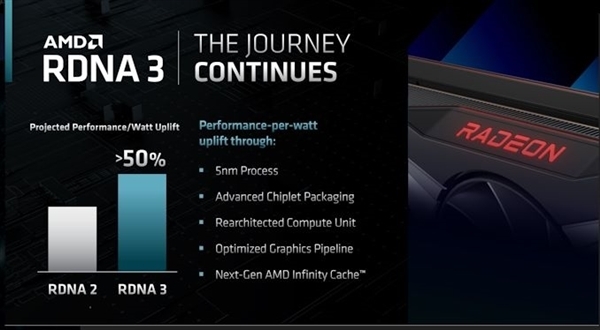 According to the previous news, the GPU core module of the RX 7000 series graphics card GCD is a 5nm process, with a maximum of 15,360 cores, with up to 6 sets of MCD cores, up to 384bit wide, 192MB or 384MB unlimited cache.Floating point performance can reach 90tflops, and the performance of the RTX 40 core AD102 of the next generation of NVIDIA is between Bo Zhong,It is the performance of more than two times the flagship of the previous generation. Of course, the cost is that the power consumption has also rushed to the 400W or even 500W level. 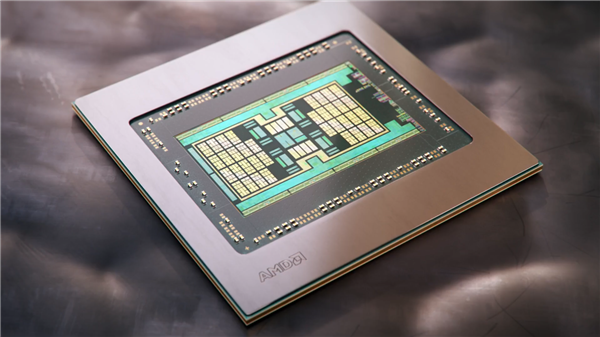 Related news
Amd RX 6000 new card score exposure: comparable with RTX 2080 Ti
Amd RX 6800 / 6900 officially released: overturning RTX 3090 and getting 4000 cheaper!
Amd RX 6800 dx12 benchmark, game score exposure: no pressure to replace RTX 3070
AMD RX 6900 appearance :16 GB memory, advance card RTX 3080Ti response
Amd RX 6000m series notebook graphics card released: 7Nm rdna2 second kill RTX 3080
AMD is confident enough! RX 7900XT Exposure: Performance/price are superior to the RTX 4090
RX 7000 graphics card turnaround news says AMD has 100% confidence to beat NVIDIA
RX 7000 big turnaround? AMD says it's 100% confident it can beat NVIDIA
Hard Gang RTX 40! AMD RX 7000 series graphics card hit chicken blood
RTX 40 graphics card comes to fight AMD to reiterate the release of 5nm RX 7000 graphics card at the end of the year
Hot news this week
Too many questions! Apple has changed the timing of the official release of iOS 16 series
Monkey acne cases have ranked first in the world that the United States has announced the emergency state of public health
Credit card points rule intensive adjustment online transaction points more "valuable"
High reserves and low cost experts: calcium ion batteries replace lithium batteries to stand up to the daily
Alibaba executives interpret financial results: the focus of the consumer side is no longer to attract new, but to do a good job in stratified operation
Losses in a single quarter of $ 23.4 billion a record, SoftBank did not carry the plunge of technology stocks and the devaluation of the yen
Sources say Samsung's Galaxy Z Fold4 is going up in price: a 512GB top unit will cost more than 13,000
The prevention and control of the American Monkey epidemic has failed. What should I pay attention to?
Is the micro -business headache? WeChat friends are suspected to have a big move: 7 can only be posted a week
Alibaba's first quarter revenue in the first quarter of fiscal year 2023 was 205.56 billion yuan in net profit of 30.25 billion yuan
The most popular news this week
AMD Zen4 has a "sweet spot" : The first wave of DDR5 is cannon fodder!
Xiaomi new flagship is issued tonight: the cost of light screen is the top of a Snapdragon 8+ flagship
Huawei Mate 50 September IP14! Multi -device collaborative crushing apples
After selling Tesla for $6.9 billion, Musk said he was not selling it, but a survey said he was still selling it. The title of the world's richest man may not be guaranteed next ye...
Distributed database OceanBase announced 4.0 product release, single -machine deployment performance is super mysql
The three major indexes of the US stocks opened sharply: ROBLOX fell more than 4%, Twitter and Tesla rose more than 3%
Japan has confirmed that China has overtaken the US for the first time in the world's top three indicators of scientific papers
A wake-up call for Apple? Foxconn says it is feeling the sting of slowing demand for smartphones
Joining Chip Alliance could serve as bridge, says South Korean Foreign Minister
Joe Biden also mentioned Chiplet? An unexpected A-share buzzword in A White House briefing