The epic -level demon stocks skyrocketed 200 times in 17 days and stepped on Tencent.

The increase in a single day for many consecutive days exceeded 100%, supporting the market value of HK $ 2.4 trillion at the profit of less than HK $ 200 million. GameStop, AMC, etc. were included in the history book together.

As of the closing of August 1st, the number of stills has increased by nearly 100 times higher than the prospectus. On August 2nd, the stock price performance was even more crazy. The stock price in the number of shadows was as high as US $ 2,555. The market value of the market once rose to $ 472.8 billion, about 37 trillion Hong Kong dollars. 9, not only surpass Tencent Holdings, but also surpass giants such as Nvidia and Meta.

Not only Shangbuke, but also the Shangbo International, which was listed in the United States, also skyrocketed 236.54%overnight on August 2 to close $ 7, a market value of US $ 2.643 billion, a turnover of 2.01 billion U.S. dollars. Most people traded stocks.

According to media reports, Shangbuki and Shangbo International are being stirred by American retail investors. At the US stock market, the two stocks are one of the stocks that are being discussed warmly. Such a scene can not help remind people of the skyrocketing Gamestop in early 2021 and the popularity on Reddit.

According to public information, the Shangbo Digital Division is a digital finance company owned by Shangbo Group. The earliest of Shangbao Group was established by Li Ka -shing's Yangtze River Industry and Hutchison Whampoa in 2003. After introducing new shareholders Morgan Stanley Asian Private Equity Investment Fund (MSPE) in 2014, the Li family no longer participated in its daily management and operation. Cai Zhijian, a Hong Kong businessman who had worked in UBS investment banks, became the actual controller of Shangcheng Group.

Shangbao Group has recently split its business sector to go public. Among them, Shangcheng International landed on the New York Stock Exchange in August 2019, and listed on the Singapore Exchange in 2020. It is the first listed company in Singapore with different rights of the same shares. Founded in 2019, it was established in 2019 and was acquired by Shangbo International in early 2022. After the acquisition is completed, Shangbo International owns 97.1%of the equity.

According to Wande's data, as of the end of 2021, AMTD Group held 50.6%equity of Shangbao International, and Cai Zhijian's wholly -owned Infinity Power Investments Limited shares held 20.43%, and Century City held 5.8%. And the equity structure of Shangba Group has not been disclosed, so it is impossible to know the surge in this & ldquo; epic monster stock & rdquo;。 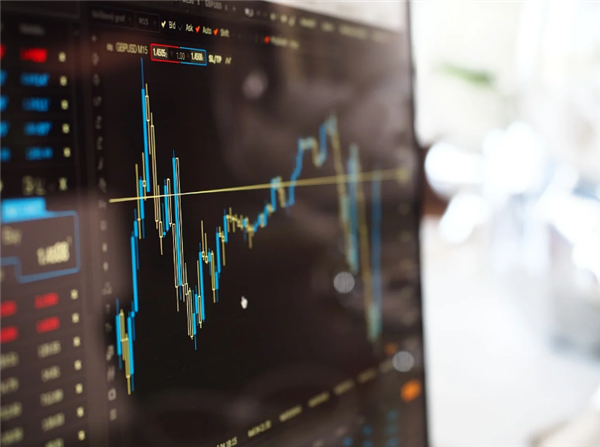 Related news
The linely group's best mobile processor of the year: God u Kirin 810 wins the title
JD.com,Tencent Extend Strategic Partnership on AI
Tencent CSIG Creates Enterprise & Government Business Line
The epic -level demon stocks skyrocketed 200 times in 17 days and stepped on Tencent.
Hot news this week
Monkey acne cases have ranked first in the world that the United States has announced the emergency state of public health
Credit card points rule intensive adjustment online transaction points more "valuable"
High reserves and low cost experts: calcium ion batteries replace lithium batteries to stand up to the daily
Alibaba executives interpret financial results: the focus of the consumer side is no longer to attract new, but to do a good job in stratified operation
Losses in a single quarter of $ 23.4 billion a record, SoftBank did not carry the plunge of technology stocks and the devaluation of the yen
The prevention and control of the American Monkey epidemic has failed. What should I pay attention to?
Sources say Samsung's Galaxy Z Fold4 is going up in price: a 512GB top unit will cost more than 13,000
Is the micro -business headache? WeChat friends are suspected to have a big move: 7 can only be posted a week
The new product of Xiaomi MIX is coming: both internal and external dual -screen has been upgraded to make up for the previous generation.
Alibaba's first quarter revenue in the first quarter of fiscal year 2023 was 205.56 billion yuan in net profit of 30.25 billion yuan
The most popular news this week
China Unicom chairman: 5G meals are cheaper than takeout in a single month
The market has voted no to the Chip bill
A net celebrity price of 500,000 yuan to sell its own WeChat court: No!
AMD Zen4 has a "sweet spot" : The first wave of DDR5 is cannon fodder!
Xiaomi new flagship is issued tonight: the cost of light screen is the top of a Snapdragon 8+ flagship
Huawei Mate 50 September IP14! Multi -device collaborative crushing apples
After selling Tesla for $6.9 billion, Musk said he was not selling it, but a survey said he was still selling it. The title of the world's richest man may not be guaranteed next ye...
Distributed database OceanBase announced 4.0 product release, single -machine deployment performance is super mysql
The three major indexes of the US stocks opened sharply: ROBLOX fell more than 4%, Twitter and Tesla rose more than 3%
Japan has confirmed that China has overtaken the US for the first time in the world's top three indicators of scientific papers