According to the information, the 3D NAND flash stack may have reached the industry-leading 232 layers. 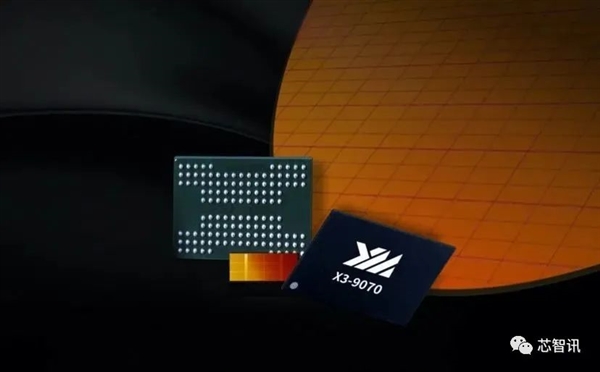 According to reports, X3-9070 compared with the previous generation of products, has higher storage density, faster I/O speed, and the use of 6-plane design, performance improvement and lower power consumption, further release the potential of system-level products.

Specifically, the X3-9070 has the following technical features:

Thanks to the architecture innovation of crystal stack 3.0, X3-9070 has become the highest density flash memory particle product in Changjiang Memory history.Capable of achieving 1Tb of storage capacity in a smaller single chip;

Thanks to theInnovative 6-Plane design(This means that DIE can be allowed to do more parallel processing, which can lead to better random read throughput), X3-9070 compared to traditional 4-plane,Performance is improved by more than 50%, while power consumption is reduced by 25%, the energy efficiency ratio is significantly improved, which can bring more attractive total cost of ownership (TCO) to end users.

According to CJC, the X3-9070 has passed a number of test standards defined by the Joint Electronic Device Engineering Commission (JEDEC) with outstanding performance, improved durability and high quality reliability.

Although CJC has not disclosed the specific number of stacked layers for the X3-9070, according to supply chain sources, it has reached an industry-leading 232 layers.

After only a few days, Changjiang Storage also successfully launched the 232-layer stacked X3-9070, successfully catch up with the industry's top level, it is really very powerful.

So why has Yangtze Storage, founded in 2016, taken just six years to catch up with the world's leading technology? Yangtze River storage original Xtacking technology is indispensable!

When both wafers are completed, Xtacking technology only needs one processing step to connect them through millions of metal VIA(Vertical Interconnect channels), and thus only receives a limited increase in cost. 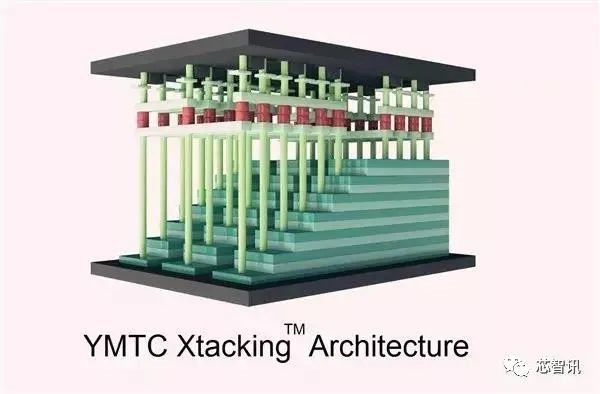 According to data previously released by Changjiang Storage, in traditional 3D NAND architecture, peripheral circuits account for about 20~30% of the chip area, which also reduces the memory density of the chip significantly.

Cheung Kong's Xtacking 1.0 technology, which went into mass production in 2019, has dramatically increased the I/O interface speed to 3Gbps, matching the I/O speed of DRAM DDR4. 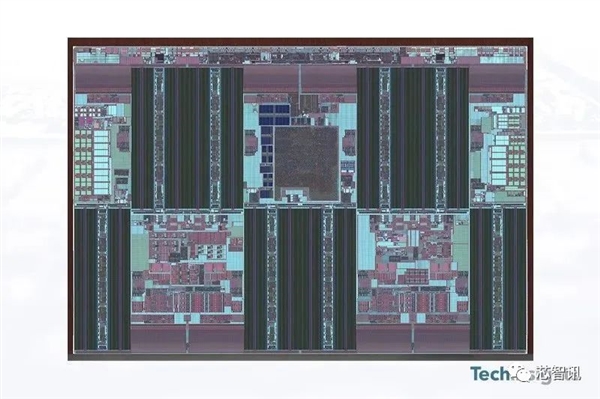 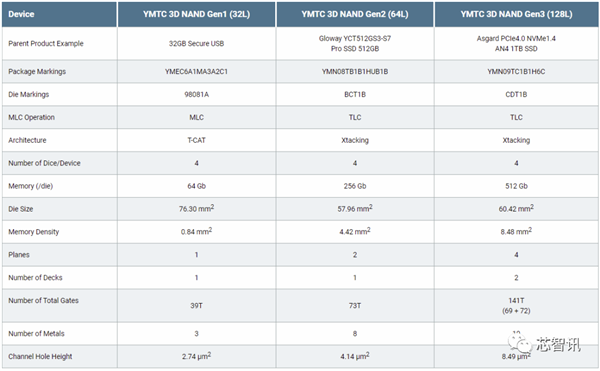 Today, the Xtacking technology for Yangtze Storage has been further evolved into Xtacking 3.0, which is a big improvement over Xtacking 2.0.

Related news
Huawei is banned from domestic 64-layer 3D flash memory speed
Does 3A platform have performance bonus? Analysis of AMD smart access memory technology
NVIDIA responds to AMD's smart access memory with its own GPU direct access technology
Amd X3D stack processor exposure: 2.5D, 3D hybrid package
Wastened by patent hooligan again? Irish Memory filed a patent infringement lawsuit against Apple
232 floors stacked? The domestic fourth generation of 3D flash memory revealed: the unique architecture is largely responsible
Hot news this week
Monkey acne cases have ranked first in the world that the United States has announced the emergency state of public health
Credit card points rule intensive adjustment online transaction points more "valuable"
High reserves and low cost experts: calcium ion batteries replace lithium batteries to stand up to the daily
Alibaba executives interpret financial results: the focus of the consumer side is no longer to attract new, but to do a good job in stratified operation
Losses in a single quarter of $ 23.4 billion a record, SoftBank did not carry the plunge of technology stocks and the devaluation of the yen
The prevention and control of the American Monkey epidemic has failed. What should I pay attention to?
Sources say Samsung's Galaxy Z Fold4 is going up in price: a 512GB top unit will cost more than 13,000
Is the micro -business headache? WeChat friends are suspected to have a big move: 7 can only be posted a week
The new product of Xiaomi MIX is coming: both internal and external dual -screen has been upgraded to make up for the previous generation.
Alibaba's first quarter revenue in the first quarter of fiscal year 2023 was 205.56 billion yuan in net profit of 30.25 billion yuan
The most popular news this week
China Unicom chairman: 5G meals are cheaper than takeout in a single month
The market has voted no to the Chip bill
A net celebrity price of 500,000 yuan to sell its own WeChat court: No!
AMD Zen4 has a "sweet spot" : The first wave of DDR5 is cannon fodder!
Xiaomi new flagship is issued tonight: the cost of light screen is the top of a Snapdragon 8+ flagship
Huawei Mate 50 September IP14! Multi -device collaborative crushing apples
After selling Tesla for $6.9 billion, Musk said he was not selling it, but a survey said he was still selling it. The title of the world's richest man may not be guaranteed next ye...
Distributed database OceanBase announced 4.0 product release, single -machine deployment performance is super mysql
The three major indexes of the US stocks opened sharply: ROBLOX fell more than 4%, Twitter and Tesla rose more than 3%
Japan has confirmed that China has overtaken the US for the first time in the world's top three indicators of scientific papers