Because the plot setting is related to the & ldquo; the lunar drifting & rdquo; there are a lot of special effects lenses in the film, such as rocket launch, moon base, kangaroo cars, etc., some pictures make movie fans call & ldquo; shock & rdquo;

Although AMD does not specify the processor model used in the later platform, the probability is the latest Zen 3 Ryzen 5000, thread -torn off, etc., in the actual measurement of Cinebench, BLENER, and Adobe family bucket software, they all performed except for powerful. performance.

It is worth mentioning that before August 25th, the AMD Ryzen 5000 processor also had the opportunity to get a movie ticket. When watching the movie, I found the AMD LOGO and took a photo of the same frame. There was a chance to receive the AMD custom brand T -shirt. 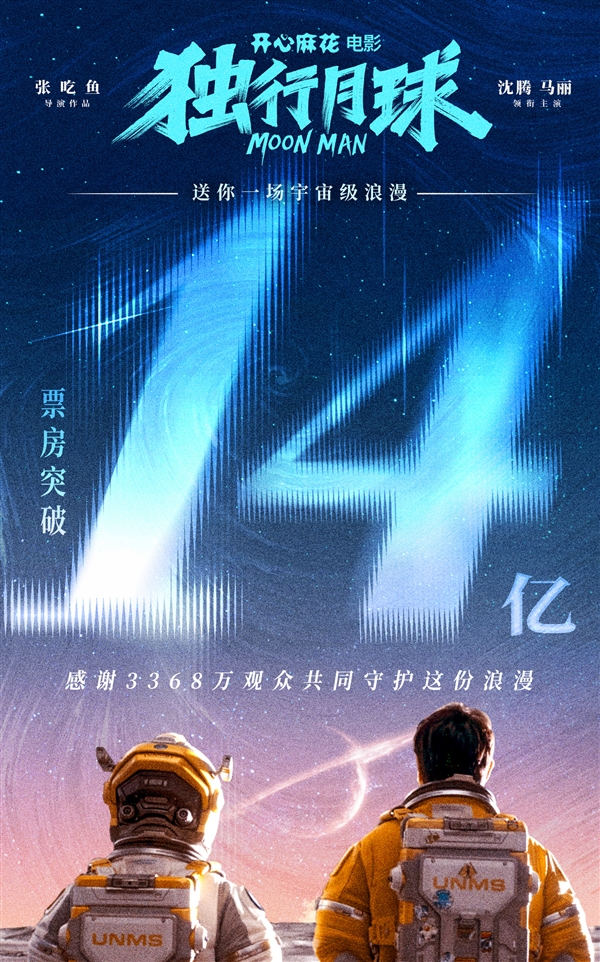 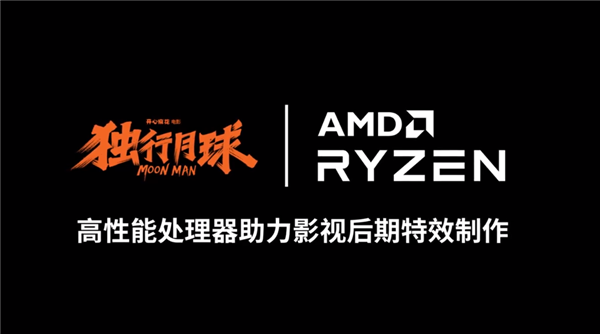 Related news
A thousand years of hard work and strong look at the great development of AMD 50 years
Microsoft releases Windows Vision Skills Preview Edition, which makes it easy to call computer vision API
AMD's N counterattack: 7nm chips pick Intel Server Market
Tencent Music Entertainment Group and Comix wave films Inc. strategic cooperation
Jingdong amd notebook computer double 11 starts well
Domestic new films released 7 days at the box office breaking 1.4 billion special effects: AMD deep hidden skills and names
Hot news this week
Too many questions! Apple has changed the timing of the official release of iOS 16 series
Monkey acne cases have ranked first in the world that the United States has announced the emergency state of public health
Credit card points rule intensive adjustment online transaction points more "valuable"
High reserves and low cost experts: calcium ion batteries replace lithium batteries to stand up to the daily
Alibaba executives interpret financial results: the focus of the consumer side is no longer to attract new, but to do a good job in stratified operation
Losses in a single quarter of $ 23.4 billion a record, SoftBank did not carry the plunge of technology stocks and the devaluation of the yen
Sources say Samsung's Galaxy Z Fold4 is going up in price: a 512GB top unit will cost more than 13,000
The prevention and control of the American Monkey epidemic has failed. What should I pay attention to?
Is the micro -business headache? WeChat friends are suspected to have a big move: 7 can only be posted a week
The new product of Xiaomi MIX is coming: both internal and external dual -screen has been upgraded to make up for the previous generation.
The most popular news this week
AMD Zen4 has a "sweet spot" : The first wave of DDR5 is cannon fodder!
Xiaomi new flagship is issued tonight: the cost of light screen is the top of a Snapdragon 8+ flagship
Huawei Mate 50 September IP14! Multi -device collaborative crushing apples
After selling Tesla for $6.9 billion, Musk said he was not selling it, but a survey said he was still selling it. The title of the world's richest man may not be guaranteed next ye...
Distributed database OceanBase announced 4.0 product release, single -machine deployment performance is super mysql
The three major indexes of the US stocks opened sharply: ROBLOX fell more than 4%, Twitter and Tesla rose more than 3%
Japan has confirmed that China has overtaken the US for the first time in the world's top three indicators of scientific papers
A wake-up call for Apple? Foxconn says it is feeling the sting of slowing demand for smartphones
Joining Chip Alliance could serve as bridge, says South Korean Foreign Minister
Joe Biden also mentioned Chiplet? An unexpected A-share buzzword in A White House briefing