Internet companies are cutting back on perks: free dining halls are becoming a thing of the past, and bottled water is cheaper

By Zheng Xuutong and Qi Xin

Recently, media reported that an internal document of a large Internet factory said that from August 15, the restaurant benefits will be canceled for some employees, the existing midnight snack coupons can be used normally, but the company canteen will no longer be free.

Xu Zheng (pseudonym), an employee at a major traditional Internet factory, told The Times on August 5 that his company's restaurant benefits were not the only ones to be cut.

"Now it happens once a long time, and the quality is poor." Xu Zheng joked.

On the same day, Zhang Rui (pseudonym), an employee of a large short video factory, also admitted to The Times that the company canceled afternoon tea this year, and the canteen benefits were also reduced.

Employee welfare is in part a reflection of corporate growth, as once-booming Internet companies cut costs and defend profits.

It is worth noting that Internet companies have not stopped bringing in new blood while scaling back benefits. According to Liepin's latest report on college students' employment in the second quarter of 2022, the number of newly created jobs in the Internet industry still outnumbered other industries in the quarter. But the salaries on offer are significantly less attractive than they were a few years ago.

Free meals, once regarded as standard for big Internet companies, have continued to shrink this year.

Zhang Rui noticed that the canteen was no longer free, he had an extra food expense.

She told The Times that in the past, the company was free of charge for breakfast and lunch, and employees would be issued 30 yuan "energy coupons" after 8 p.m., basically equivalent to free meals.

Xu told The Times that employees of his company's subsidiary had been denied access to the cafeteria at the company's headquarters a few months ago. Instead of free cafeteria food, they had to eat nearby.

Seo also felt the quality of afternoon tea decline sharply. In the past, companies could have fresh milk tea or juice as afternoon tea. Now, there are pure tea and even canned drinks left over from events. 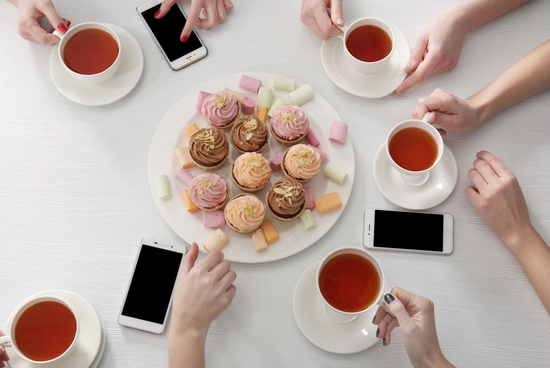 "One time, the company finally issued fresh juice. I checked online and found the price was less than 10 yuan. I was very disappointed." Mr. Xu said.

Many perks beyond meals are disappearing, too. Xu noticed that interns, probationary employees and some outsourced employees, who used to get benefits in the form of game coins and memberships to video platforms, were now missing out.

Some "benefits" tied to employees' salaries are also disappearing.

An employee at a major Internet factory told The Times that the company used to pay a considerable amount of overtime on weekends, which was included in the expected salary when employees applied for jobs, but now overtime will be arranged to take time off, and the expected total salary is reduced.

Similar situation happened to Zhang Rui. In the past, she worked overtime on weekends, and her salary was double. Now, the overtime will be deducted as annual leave, and the overtime pay will not be approved unless the direct leadership applies for special approval.

Xu's department had previously issued a "welfare policy" not to work overtime, encouraging employees in some departments to leave work on time, but as companies in the industry continue to push to reduce labor costs, employees who are still on the job feel increased competitive pressure, Xu began to voluntarily work overtime after work.

Behind the welfare reduction, the Internet industry continues to reduce costs and increase efficiency, especially the control of labor costs. 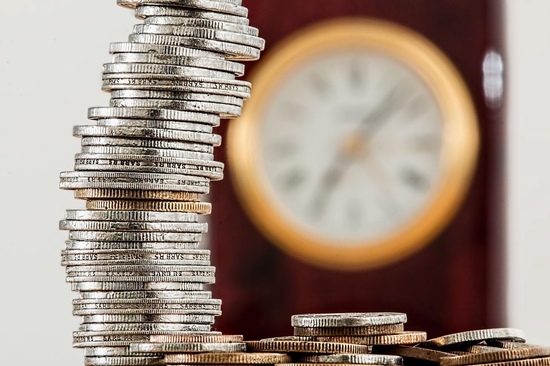 An employee in charge of the enterprise business of a large Internet factory told The Times that the company's senior management recently emphasized cost reduction and efficiency improvement, hoping that the business structure is healthy and can make money. Against this background, some businesses are facing adjustment, and the staff has been cut by more than half.

For Internet companies with relatively high labor costs, labor cost control may save a lot of expenses for the company.

While keeping labor costs under control, Internet companies continue to hire for key businesses. Tencent announced that it will bring in core technical personnel and outstanding fresh graduates this year, and the total number of employees is expected to increase. Huawei announced plans to hire more than 10,000 new graduates this year; Nearly 6,000 fresh college graduates will join Alibaba this year, said Daniel Zhang, chairman and CEO of Alibaba Group Holding LTD.

In the second quarter of this year, the Internet industry accounted for 9.64 percent of the total number of new graduates' jobs, still the industry with the largest number of new jobs, Liepin data showed.

While hiring continues, fast-growing Internet companies are no longer offering significantly higher pay than other industries.

According to Liepin data, in the second quarter of this year, the average annual salary of fresh graduates in the Internet/mobile Internet/e-commerce industry ranked third among all industries, only 154,000 yuan, lower than 192,800 yuan in the communications industry.

Related news
Internet Archive: recording the forgotten Internet
Are you OK？ Sogou input online "Lei Jun imitation" voice
IPhone users call Android Internet Explorer on their phones
Are you looking for real spell caster to bring back your ex
We are the best producer of authentic counterfeit Banknotes,
Netizens opened the Xiaomi router 4 four years ago: I found "ARE YOU OK!!!"
Hot news this week
China has found 35 known cases of the new zoonotic virus Langya
Losses in a single quarter of $ 23.4 billion a record, SoftBank did not carry the plunge of technology stocks and the devaluation of the yen
The prevention and control of the American Monkey epidemic has failed. What should I pay attention to?
Is the micro -business headache? WeChat friends are suspected to have a big move: 7 can only be posted a week
Kuaishou launched a self-developed cloud intelligent video processing chip: The chip has been streamed successfully
The new product of Xiaomi MIX is coming: both internal and external dual -screen has been upgraded to make up for the previous generation.
A new zoonotic virus, Langya, found in China has not yet been confirmed to be transmitted from person to person
Ministry of Public Security: Single telecommunications network fraud continues to cause 40 % of all electrical fraud cases
Special price "kill ripe"? Bike-sharing platforms have different prices for the same package for different users
A tech company in Shanghai has been fined 220,000 yuan for swiping orders to improve its ranking on Yelp
The most popular news this week
Xiaomi's 500 -day industry insider: There is no surprise of autonomous driving technology
Your mobile phone is more and more "understand" you? This is not necessarily a good thing
Economic Daily: Putting less traffic and fake crooked ideas
Hubble discovered "Celestial Cloud Scenery": like a beautiful abstract watercolor painting
US media: YouTube plans to launch a streaming media video service subscription platform.
Microsoft calls Sony's game "exclusive" hindering the development of XGP, and the subscription system has not yet brought color to the two businesses
Domestic 1.5K screen+Snapdragon 888 4G Huawei Mate 50 Standard Edition Stealing
Huawei gave high -end mobile phones to Apple's delivery in 2022 about 30 million units
Intel is ok! AMD CPU discovered a new security vulnerability: Ryzen family was stabbed
Samsung high -level: By 2025 Samsung's high -end mobile phones are half a folding screen phone