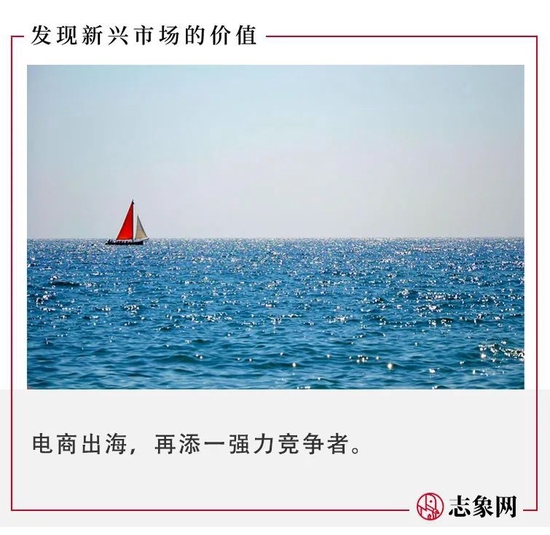 Whatever Pinduoduo's secrecy, information obtained by Zhixiang from various sources, including Daxiang and logistics companies, suggests that Pinduoduo is secretly preparing a new project to go abroad.

According to a person close to Pinduoduo, the company has set up a special overseas project team for this purpose, "which is small and has been in the making for three months. The vice president is in charge. It is not yet clear to whom the project will be reported, but prior to this, it was Pinduoduo CEO Chen Lei who made a public appearance at the overseas business.

Another insider also admitted, "Pinduoduo's new sea project is still in the research, confidential stage, there is no information for the time being."

A spell before, many employees told volunteers like net, spell of heavy sea has always been the plot, but Huang Zheng with spell before for many, many close to sea project is trying to clean, such as vova, like network before the project BaoLei, was published in February 2021, the article analysis vova with spell more connected, both in the same office building, Even the design of the shopping sites is very similar.

But it is clear that Pinduoduo's new project team is already reaching out to top cross-border e-commerce sellers and trying to persuade them to join the partnership.

A person in charge of a Shenzhen cross-border e-commerce business with a 2021 revenue of more than 2 billion yuan told Zhixiang that he had had initial contact with Pinduoduo. "They said they would do cross-border projects and hope to cooperate in the future, but we haven't discussed the details yet." Zhixiang network also learned from other channels, Pinduoduo is currently in intensive contact with South China's big sales.

A staff member of a cross-border e-commerce association in a city told Zhixiang that a business manager claiming to be the official business manager of Pinduoduo's new overseas project had searched for customers in several wechat groups a few days ago, "but didn't see their policies or the name of the overseas platform."

Logistics, there are close to the rabbit people told Zhixiang network, pin-lot with the rabbit has been in the docking, the sea is also likely to cooperate with the rabbit. Starting from Indonesia, Polar Rabbit's express network now covers 13 countries around the world, mainly in Southeast Asia, the Middle East, North Africa and Latin America. If Pinduoduo goes to sea, Polar Rabbit can only rely on these regions.

"The most likely is to build a cross-border e-commerce platform, to Pinduoduo in the supply chain management ability, it is not difficult to do business abroad, the difficulty is how to get traffic on a new platform." A sea marketing operator said.

In December 2021, ByteDance strongly launched a new independent integrated e-commerce APP Fanno for overseas markets, but less than half a year after its launch, Fanno, which relied on TikTok's huge traffic pool, was shut down. According to sources familiar with the matter, Fanno was eliminated by Byte internally, and the project team was disbanded in April this year, and even the person in charge had left. Fanno for the European market to attract users with high discounts + low prices, once was the cross-border e-commerce circle as the "overseas version of Pinduoduo", but also can not escape the "traffic nightmare".

"A platform with its own flow, to attract more high-quality businesses to settle, now the flow cost has risen too much, I do not know whether pinduoduo can bring the domestic flow of play to overseas." The sea marketing operator pointed out.

Related news
Pinduoduo responds to the accusation that the senior monitor should not smear the junior
Pinduoduo and apple Tesla's hatred and love
Pinduoduo, which reported a 51 percent increase in third-quarter revenue to 21.5 billion yuan, said it would invest more in research and development
Bargaining is always a knife? Pinduoduo response: There are 6 digits after the decimal point
Pinduoduo Q1 revenue of 23.8 billion increased 7%and a monthly survival of 750 million. Vice president said that the growth of growth is inevitable.
Violation of the right to know! The lawyer sued pinduoduo for repeatedly bargaining, and was awarded 400 yuan in the first instance
Pinduoduo will launch a cross-border e-commerce platform
Pinduoduo launched its cross-border e-commerce platform in the United States in September
Hot news this week
Biden signed a chip and scientific bill, a video call of WeChat iOS internal test suspension window, the advanced CPU caused Win11 to be difficult to use, Huawei new machines enter...
How to regulate the "broken card" operation to crack down on electrical fraud to prevent "accidental injuries" with cards?
Musk's eyes! Lei Jun released a full -size humanoid robot Xiaomi self -developed strength explosion table
Japan has confirmed that China has overtaken the US for the first time in the world's top three indicators of scientific papers
iPad 10 will be absent from iPhone 14 conference: October appeared on Apple's last non -comprehensive tablet tablet!
Kuaishou TOB business Yu Bing: Self -developed chips or mass production after the end of the year, the video must be turned into light industry
The three major indexes of the US stocks opened sharply: ROBLOX fell more than 4%, Twitter and Tesla rose more than 3%
The global streaming media have increased the animation circuit is becoming a new "breakthrough" for Youaiteng
After selling Tesla for $6.9 billion, Musk said he was not selling it, but a survey said he was still selling it. The title of the world's richest man may not be guaranteed next ye...
Meizu Pandaer Great: All products are reduced by 200 and 30 -containing mobile phone cases, heat dissipation back clamps
The most popular news this week
The survey shows that nearly half of the US Android users consider changing Apple iPhone
New bottle of old wine! Industry insiders: No one has the best cost control than Apple
Amazon requires US regulators to withdraw votes: bypassing the company's harassment of Bezos to disturb operations
Pet dog infecting monkey acne suspected "Human Poor" American CDC Reform Control Guide
Space Launch System to Fly for First Time
Tencent's second-quarter net profit fell 56% from a year earlier to 18.6 billion yuan
Fabless customers cut back on chip orders affecting Q4 capacity utilization
Washington's suspicion of TIKTOK exacerbated: How will the Bayeon government weigh it?
Pinduoduo launched its cross-border e-commerce platform in the United States in September
Put an SSD in your phone: from 2,499 yuan