Why does Amazon acquire Irobot Irobot?

Amazon announced on August 5 that it will acquire IROBOT, the originator -level corporate corporate enterprise of scanning robotics at a price of $ 61 per share. This acquisition uses the form of full cash acquisition, which has a valuation of this IROBOT for $ 1.7 billion.

IROBOT is famous for its scanning robot Roomba launched in 2002. The product line is expanded from a vacuum cleaner to other home cleaning robots, such as mop robots and weeding machines. The transaction is expected to deepen Amazon's influence in the field of consumer robots. 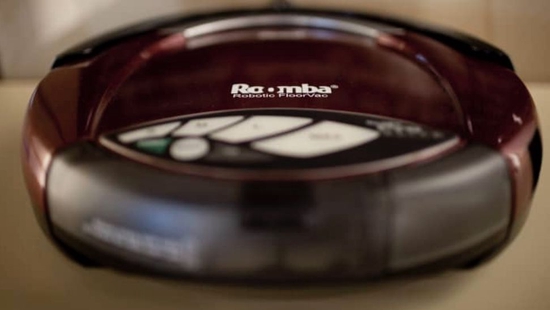 Last year, Amazon launched the first home assistant robot Astro and began to boldly bet on the field of consumer robots. This is a smart home robot with a price of $ 1450. It is equipped with a company Alexa digital voice assistant that can follow consumers to move around at home. The main function is to inspect and pick up goods, but does not have the function of sweeping the floor.

Amazon hopes to provide consumers' home life solutions, thereby continuously expanding the boundaries of retail services. As a just -needed family intelligent device, the floor -to -floor robot can become part of the Amazon ecosystem. Amazon's intelligent voice system was a good entrance before. In the future, scanning robots can be further integrated with Amazon Cloud AWS and voice assistant Alexa.

IROBOT was founded in 1990 by COLIN ANGLE and his mentor by MIT robotic experts. Angle told reporters that IROBOT founded the design and manufacturing moon landing robot, but finally became a sweeping robot. Over the years, the IROBOT team has proven this ability to reshape people's home cleaning methods with both practical and innovative products.

After years of high growth, IROBOT is facing the pressure of slowing growth. The financial report released on August 5 shows that IROBOT's revenue in the second quarter decreased by 30%year -on -year, and orders in many regions in North America, Europe, the Middle East and Africa decreased, delayed, and canceled, and the inventory is now excessive.

IROBOT's sales in 2020 and 2021 have increased significantly during the global new crown popularity period, but in recent quarters, like other consumer electronics products, it has also been restricted by the supply chain. Due to the decline in income caused by cost growth and decline in sales, the company has suffered losses in the past quarter financial report. IROBOT also announced that it will lay off 140 people, accounting for 10%of the company's employees.

In China, IROBOT also faces a large number of domestic manufacturers such as Cobos, and domestic products are often lower. The reporter asked from an e -commerce platform that the price of an IROBOT sweeping and mop robot set is as high as 4,800 yuan, the price of IROBOT ROOMBA i3+sweeping robot is as high as 3900 yuan, and the previous generation ROOMBA i4 is also priced at 1,800 yuan, while a domestic certain domestic The cheapest prices of some brands of sweeping and mopping smart suits are only RMB two hundred yuan.

In less than a month, the acquisition of two billions of dollars worth of billions of dollars in cash also reflects the sufficient cash flow of science and technology giants. According to the financial report, as of the end of the second quarter, Amazon's total cash and cash equivalent was 37.5 billion US dollars, slightly higher than 36.2 billion US dollars half a year ago.

Related news
Why does Amazon acquire Irobot Irobot?
Amazon announced the acquisition of IROBOT for $ 1.7 billion in cash
Hot news this week
China has found 35 known cases of the new zoonotic virus Langya
Monkey acne cases have ranked first in the world that the United States has announced the emergency state of public health
Credit card points rule intensive adjustment online transaction points more "valuable"
Losses in a single quarter of $ 23.4 billion a record, SoftBank did not carry the plunge of technology stocks and the devaluation of the yen
The prevention and control of the American Monkey epidemic has failed. What should I pay attention to?
Sources say Samsung's Galaxy Z Fold4 is going up in price: a 512GB top unit will cost more than 13,000
Is the micro -business headache? WeChat friends are suspected to have a big move: 7 can only be posted a week
Kuaishou launched a self-developed cloud intelligent video processing chip: The chip has been streamed successfully
The new product of Xiaomi MIX is coming: both internal and external dual -screen has been upgraded to make up for the previous generation.
A new zoonotic virus, Langya, found in China has not yet been confirmed to be transmitted from person to person
The most popular news this week
Mr. Lei: Mr. Bezos apologized to me for not taking good care of Joyo.com
Ever wanted to buy Tencent QQ, Alibaba asked for a stake? Lei jun rumours
Lei Jun's first business thinking book "Xiaomi Entrepreneurship Thinking" was introduced to the latest and most complete Xiaomi methodology summary
Apple's iPhone is no longer a symbol of wealth in China: for reasons to be proud
Xiaomi Motor Autonomous Driving First Show: Automatic Charging of Autonomous Driving in the whole scene
Musk's eyes! Lei Jun released a full -size humanoid robot Xiaomi self -developed strength explosion table
The global streaming media have increased the animation circuit is becoming a new "breakthrough" for Youaiteng
Kuaishou TOB business Yu Bing: Self -developed chips or mass production after the end of the year, the video must be turned into light industry
Lei Jun: Once bid 10 million to buy NetEase was rejected by Ding Lei
Intel burns 23.2 billion won't make a decent graphics card