AMD isn't bragging about the power efficiency of the RX 7000

In addition to the Ryzen 7000 processor, AMD will have a big new graphics card this year. — The RX 7000 series, also 5nm, is updated with the new RNDA3 architecture and AMD has confirmed it will be available before the end of the year to compete with the RTX 40 series.

The RX 7000 series of graphics cards has not been leaked as frequently as NVIDIA's RTX 40 series, and AMD's official confirmation is sparse,The energy efficiency is 50% higher than RDNA2, with new architecture, small chip packaging and unlimited cache design.

How efficient is RDNA3? The author of CapFrameX, a testing software, broke the news that he had received some information that the RNDNA3 energy efficiency wave was real,Enough & other; Kick NVIDIA's ass. ", which is slang for what we understand to be enough for NVIDIA to drink a jug,It's very strong.

Of course, hearsay is hearsay. It's not 100% confirmed.

This is not to say that the RDNA3 graphics architecture is ahead of NVIDIA in energy efficiency, as it was mentioned in April, and AMD is confident in its energy efficiency.After all, the current GPU development has been led by David Wang, a Chinese AmericanHe was previously one of the architects of the GCN architecture.

According to previous Revelations, the GPU core module GCD of RX 7000 series graphics cards is 5nm process, up to 15360 cores, with up to 6 groups of MCD cores, up to 384bit width, 192MB or 384MB unlimited cache, floating point performance up to 90TFLOPS. With the next generation of NVIDIA's RTX 40 core AD102 performance in between, are compared with the previous generation flagship performance improvement of more than 2 times, the cost of course is also up to 400W or even 500W level. 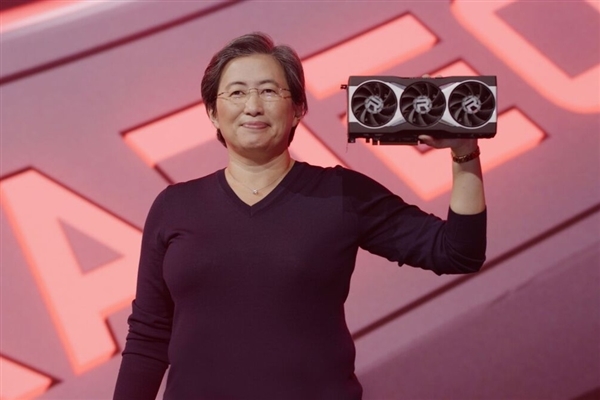 Related news
RX 5600 XT of super conscience amd sold at 2099 yuan on January 21
Amd RX 6800 / 6900 officially released: overturning RTX 3090 and getting 4000 cheaper!
RX 6950？ Amd still has top strategy?
Wait for the victory of the party! Amd RX 6700 XT deepest test
RX 7000 graphics card turnaround news says AMD has 100% confidence to beat NVIDIA
RX 7000 big turnaround? AMD says it's 100% confident it can beat NVIDIA
5nm Zen4 and RX 7000 graphics cards stabilized AMD's 43.3 billion chip production capacity
AMD is expected to increase the power consumption of its RX 7000 graphics cards under pressure from rivals
RTX 40 graphics card comes to fight AMD to reiterate the release of 5nm RX 7000 graphics card at the end of the year
Hot news this week
China has found 35 known cases of the new zoonotic virus Langya
Losses in a single quarter of $ 23.4 billion a record, SoftBank did not carry the plunge of technology stocks and the devaluation of the yen
The prevention and control of the American Monkey epidemic has failed. What should I pay attention to?
Is the micro -business headache? WeChat friends are suspected to have a big move: 7 can only be posted a week
Kuaishou launched a self-developed cloud intelligent video processing chip: The chip has been streamed successfully
The new product of Xiaomi MIX is coming: both internal and external dual -screen has been upgraded to make up for the previous generation.
A new zoonotic virus, Langya, found in China has not yet been confirmed to be transmitted from person to person
Ministry of Public Security: Single telecommunications network fraud continues to cause 40 % of all electrical fraud cases
Special price "kill ripe"? Bike-sharing platforms have different prices for the same package for different users
A tech company in Shanghai has been fined 220,000 yuan for swiping orders to improve its ranking on Yelp
The most popular news this week
Xiaomi's 500 -day industry insider: There is no surprise of autonomous driving technology
Your mobile phone is more and more "understand" you? This is not necessarily a good thing
Economic Daily: Putting less traffic and fake crooked ideas
Hubble discovered "Celestial Cloud Scenery": like a beautiful abstract watercolor painting
US media: YouTube plans to launch a streaming media video service subscription platform.
Microsoft calls Sony's game "exclusive" hindering the development of XGP, and the subscription system has not yet brought color to the two businesses
Domestic 1.5K screen+Snapdragon 888 4G Huawei Mate 50 Standard Edition Stealing
Huawei gave high -end mobile phones to Apple's delivery in 2022 about 30 million units
Intel is ok! AMD CPU discovered a new security vulnerability: Ryzen family was stabbed
Samsung high -level: By 2025 Samsung's high -end mobile phones are half a folding screen phone