The new product of Xiaomi MIX is coming: both internal and external dual -screen has been upgraded to make up for the previous generation.

Among them, Xiaomi MIX Fold 2 is Samsung E5, and the inner screen is Samsung Eco OLED screen. 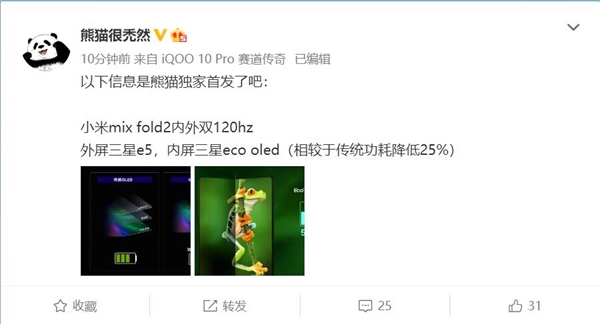 Among them, Eco OLED uses a screen stack structure that can block external light reflection.The core material of the replacement display & ldquo; polarizer & rdquo;, increases the light transmittance by 33%, and the panel power consumption is reduced by 25%.

It is worth noting that Xiaomi announced that Lei Jun's annual speech will be held on August 11. Xiaomi MIX Fold 2 is likely to be officially released on August 11. This will be Xiaomi's most expensive high -end mobile phone. Intersection 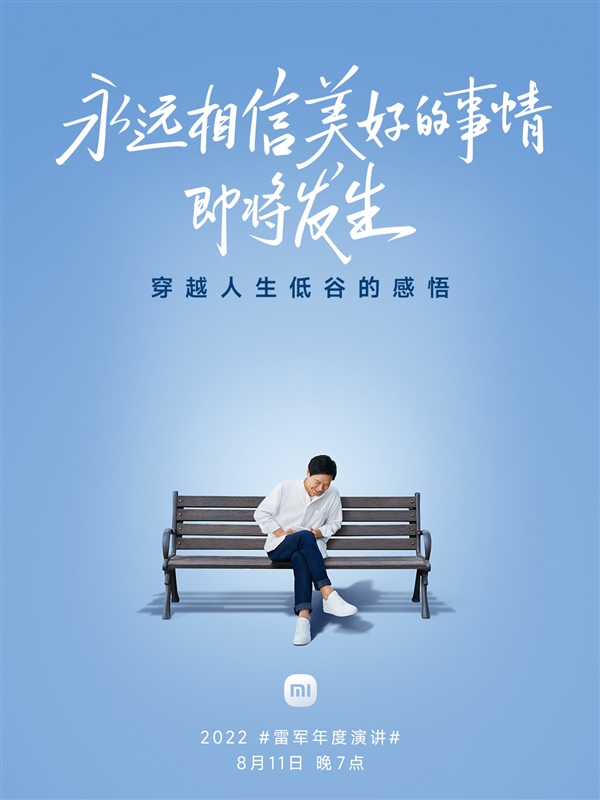 Related news
Mi x alpha on Chang Cheng Weibo show: delete next second
Airpods X generation? 399 dollars!
MIX Alpha?,865 Xiaomi MIX new product: on the way
Xiaomi has two under screen flagship products to launch this year: Xiaomi mix 4
Xiaomi Mix Super flagship exposure: The screen is very fast in June
Make up for the regrets of the previous generation! Xiaomi MIX new flagship revealed: the upgrade is huge
The new product of Xiaomi MIX is coming: both internal and external dual -screen has been upgraded to make up for the previous generation.
Hot news this week
According to sources, SoftBank founder Masayoshi Son has not made a proposal to Samsung to invest in Arm
Brother sent a mobile phone to pay 200 yuan to pay the owner to the police: money is not scraped by the wind
China Confinement Association said on the rumor of Haitian soy sauce "dual standard": support enterprise rights protection
Mate 50 Kunlun version is in short supply! Huawei additional production capacity: October supply can improve
Apple iPhone 14 / Pro blessing, optical lens supplier Datu Guang's revenue in September 22 months new high
After a lapse of 28 years, the Chinese women's basketball team won the World Cup runner -up Li Meng's T -shirt on fire
IPhone6 officially "retired", its series sold 250 million units, second-hand purchase price is now as low as 100 yuan......
Apple responds to the iPhone accident monitoring cannot be triggered 100%: no minimum requirements are met
The revenue of Ruiyu, a major network chip manufacturer, was about 2.156 billion yuan in September, down 1.85 percent year on year
Meituan Wang Xing: Chinese auto companies will definitely win, "NIO, Huawei, ideal" will replace BBA to occupy the high-end market
The most popular news this week
Foxconn has announced that it will contract manufacture electric cars and build prototypes for INDIEV in Ohio
Latest ranking: Huawei first, ZTE fourth!
Ding Yun, vice chairman of the Huawei Supervisory Board, died of a sudden illness Huawei: He expressed deep condolences to his unfortunate death
European Union antitrust regulators have questioned Microsoft to see if it can compete fairly after buying Activision Blizzard
Today, I took a set of online signals to compare it ...
Xiaomi 13 series of news summary: a total of 3 model Snapdragon 8 Gen2 blessing
Musk wants to turn Twitter into wechat, but he may struggle to pull it off
Three o'clock before the Apple Officer who can hit the 20 % off. Before buying the machine
When playing games, I interact with my boyfriend too close: the girl after the 1 00 of foreign countries will hurt her sister
Wolf on mobile? Chinese copycat "The Phantom Wolf: Darkest Hour" hits shelves