RTX 40 to be supplied to China soon! Huang ordered RTX 30 to clear the inventory

Huang blames this on the poor macroeconomic environment and will continue to do so, but everyone knows that after betting too much on mining cards, the frenzy has recedes and started to backfire, especially at the critical time of the new and old product transition, which is more complicated.

According to Bo Bantang exposure,The RTX 40 series graphics cards are expected to be validated by the end of July to the beginning of August, and mass production will begin in August-September, with the first cards to be shipped to Chinese suppliers within a month.

But at the same time, no matter NVIDIA, AIC manufacturers or distributors, have to face the problem of RTX 30 series graphics card inventory clearance.

Bo Ban Tang said,Huang is very anxious about this, and has ordered to clear the stock of RTX 30 series, and has taken joint action with game partners to increase promotion efforts to adjust the brand's inventory situation.

In fact, the market has already had a clear reaction to this, RTX 30 series graphics card prices continue to fall.

In China, the price of RTX 3090 Ti e-commerce platform has generally come to the range of 12999-13999 yuan, compared with the high price when almost directly cut in half. 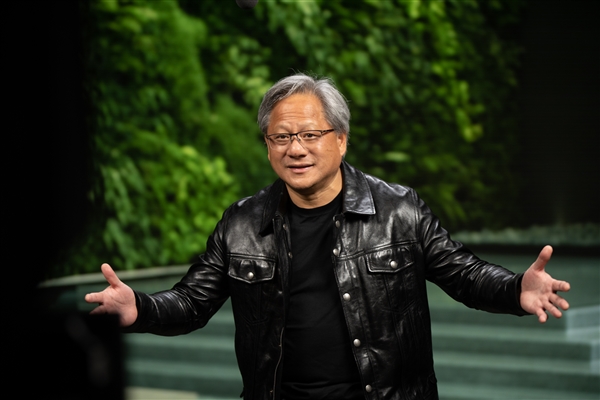 RTX 30 price is cheap quantity is sufficient, everybody comes to buy quickly!

Related news
RTX 2070Super fully discontinued chip inventory is very limited
NVIDIA midrange main RTX 2060 is out of stock in large area! We're going to raise the price
RTX 30 three new calipers! How does amd follow?
RTX 2070Super suddenly resurrected a flood of stocks into the Chinese market
RTX 2070 super suddenly revived! A large number of stocks are pouring into the Chinese market
How to match the hardware of RTX 3080 double eleven installation machine
Almost 0 chips! RTX 30 series out of stock
RTX 4080/4070/4060 latest specifications reveal: performance monster is coming
RTX 40 to be supplied to China soon! Huang ordered RTX 30 to clear the inventory
RTX 3070 Ti, 3060 Ti to change! But here's the bad news
Hot news this week
"GTA6" was stolen by a hacker without being released. How can the game company defend the source code?
The new rules of Internet popover will be implemented on September 30, and the chaos of "bully screen advertising" is expected to be eradicated
Google is shutting down its Stadia cloud gaming project, with the developers involved saying they had no knowledge of the plans
Brother sent a mobile phone to pay 200 yuan to pay the owner to the police: money is not scraped by the wind
Mate 50 Kunlun version is in short supply! Huawei additional production capacity: October supply can improve
IPhone6 officially "retired", its series sold 250 million units, second-hand purchase price is now as low as 100 yuan......
After a lapse of 28 years, the Chinese women's basketball team won the World Cup runner -up Li Meng's T -shirt on fire
Woman addicted to 'A Sheep' husband worried about being cheated to report for help: official confession
Apple responds to the iPhone accident monitoring cannot be triggered 100%: no minimum requirements are met
Meituan Wang Xing: Chinese auto companies will definitely win, "NIO, Huawei, ideal" will replace BBA to occupy the high-end market
The most popular news this week
The king of mobile chips is laying off 20% of its headquarters
High -tech warm temperature+5 degrees Netease strict coffee carbon kent underwear 104 yuan
Bi Huawei Mate 50 Pro expensive IP14 Plus Tomorrow: 60Hz screen sells nearly 10,000 yuan
Girls walk to play mobile phone hit telephone pole forehead bulge: hope friends learn a lesson
The Snapdragon 8 Gen2 flagship of the Year is here! The standard battery may not even be 4000mAh
Boot up is the new high-end flagship of Android 13 first look: performance is crushed by iP14
Are you enough? Microsoft announced that all compatible users can upgrade win11 2022
American Infrastructure Revival 8000M Fiber Broadband: The same speed, unlimited upward speed, unlimited
Brazil approves Activision-Blizzard deal
Apple doubles U.S. manufacturing: mostly small-scale test production, only Mac Pro assembled in the U.S.