Three years of development of the autonomous system stood up! Hongmeng impacted Huawei through the chaotic stage of Huawei

A few days ago, the research and development of Hongmeng Industrial Chain was found. After three years of full running, Hongmeng's base was becoming more and more stable, and the ecology gradually grew. With the joint efforts of all parties in the industry chain, Kaiyuan Hongmeng has gone through the new stage of chaos and the initial stage of chaos, and drove ecological prosperity with root technology innovation, and gradually opens the door to the opportunity of commercial application & rdquo;

At present, at least 8 A -share listed companies have released 14 industry distribution based on open source Hongmeng.

Initially, the industry believed that Hongmeng's goal was to fill the vacancies of the Android system. However, the actual development of Hongmeng has greater ambitions. It is not aimed at the current mobile phone ecosystem, but the wider interconnection ecosystem of all things in the future.

At the Huawei Developer Conference held in the previous year, Huawei Hongmeng 1.0 version debuted for the first time. At that time, Yu Chengdong said that Hongmeng was originally developed to the Internet of Things equipment. The appearance and given more mission. Hongmeng has been upgraded to version 2.0 and is still facing developers and ecological partners. At that time, Huawei promised to be fully opened with core technologies and software and hardware capabilities.

Some experts in the circle said that the launch of the Hongmeng system means that China has achieved independent and controllable breakthroughs in the field of mobile phones and even smart device operating systems. Since then, foreign countries have less technologies for China & ldquo; stuck neck & rdquo; Secondly, it will bring a round of update to the global mobile operating system.

Before the release of Hongmeng, Google released its new operating system FUCHSIA OS. Its main characteristics, like Hong Meng, also included various smart devices such as mobile phones and tablets, and also focused on universal interconnection.

Ping An Securities stated in the research report that Hongmeng's release means that the construction of the Huawei software ecological strategy of the Huawei software in the era of all things has been completed. The agency believes that Google's disconnection against Huawei is a major impact, but it is not fatal. The main reason is that the era of 5G all things is coming.。

The interconnection of all things is taking over the consumer Internet or the mobile Internet to become the main direction of the IT market, and Hongmeng targets this field. The agency believes that Huawei is expected to rely on & ldquo; Hongmeng & RDQUO; as a base to successfully build a software ecosystem. 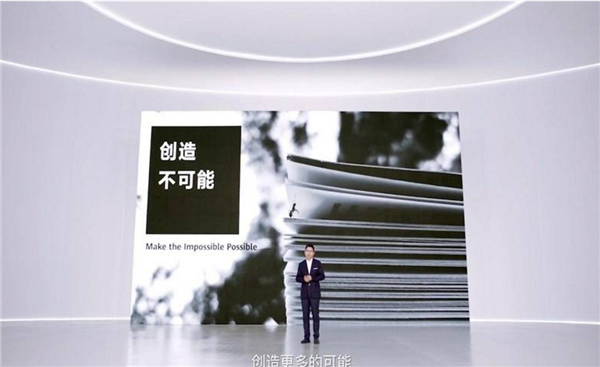 Related news
The new HUAWEI MateBook E is coming with the support of Luan 850 platform.
Huawei Pay into Hangzhou, release mobile version of Hangzhou Tong, pay by car to add new options
HUAWEI M-Pencil magnetic absorption keyboard HuaweiMatePad 10.8 experience
Disassembly report: Huawei WiFi 3
Hot news this week
The new rules of Internet popover will be implemented on September 30, and the chaos of "bully screen advertising" is expected to be eradicated
Google is shutting down its Stadia cloud gaming project, with the developers involved saying they had no knowledge of the plans
Brother sent a mobile phone to pay 200 yuan to pay the owner to the police: money is not scraped by the wind
IPhone6 officially "retired", its series sold 250 million units, second-hand purchase price is now as low as 100 yuan......
Mate 50 Kunlun version is in short supply! Huawei additional production capacity: October supply can improve
After a lapse of 28 years, the Chinese women's basketball team won the World Cup runner -up Li Meng's T -shirt on fire
Woman addicted to 'A Sheep' husband worried about being cheated to report for help: official confession
Apple responds to the iPhone accident monitoring cannot be triggered 100%: no minimum requirements are met
Meituan Wang Xing: Chinese auto companies will definitely win, "NIO, Huawei, ideal" will replace BBA to occupy the high-end market
Google Cloud gaming platform Stadia will close, with the underlying technology or focus on the toB business
The most popular news this week
WIN11 has a biggest rollover for the first time! Microsoft admits that the performance of large files in version 22H2 declines
It proves why Einstein's wrong science has won the Nobel Prize for more than 40 years? Too few people know
Intel Viper Canyon NUC national bank shelves: first hand price 9999 yuan
The king of mobile chips is laying off 20% of its headquarters
High -tech warm temperature+5 degrees Netease strict coffee carbon kent underwear 104 yuan
Bi Huawei Mate 50 Pro expensive IP14 Plus Tomorrow: 60Hz screen sells nearly 10,000 yuan
Girls walk to play mobile phone hit telephone pole forehead bulge: hope friends learn a lesson
The Snapdragon 8 Gen2 flagship of the Year is here! The standard battery may not even be 4000mAh
Boot up is the new high-end flagship of Android 13 first look: performance is crushed by iP14
Are you enough? Microsoft announced that all compatible users can upgrade win11 2022