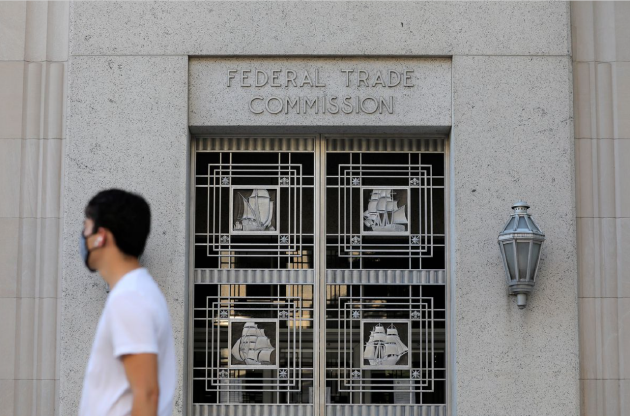 Sina Technology News on the morning of August 12, Beijing time. According to reports, a few days ago, the Federal Trade Commission (FTC) collected opinions from the society. The content is how technology companies should protect consumer privacy data. This will be the US federal government. The first step in the technology industry formulated a privacy supervision system.

The official name of the FTC's document is "Pre -Notice on the Installation of Systems in the proposal". It is hoped that all sectors of society can provide opinions and opinions on relevant data collection, algorithm discrimination issues, and commercial monitoring.

The FTC's regulatory system may be introduced at the end of this year. In the above documents, the agency did not talk about the specific regulatory system terms. However, some issues raised by FTC show that the agency is paying attention to various damage caused by personal privacy data collection, including data collection, data leakage, target advertising damage, or algorithm discrimination.

The automated decision -making system used by large technology companies is the focus of FTC.This system affects them without being notified in advance.

The above documents are published on the official FTC website, and some of the issues raised include: "(Technology) What methods do companies generally use to monitor consumers?", "Algorithms such as consumer race, gender, and age are discriminated against. How common? "

The FTC also asked whether the first amendment to the US Constitution and the "Communication Norms" clause 230 clauses will hinder FTC's law enforcement of personal privacy.

In addition to the collection opinion, the FTC will also hold a public hearing on September 8th to allow the public to discuss the content of the personal privacy supervision system. FTC encourages the public to express their views enthusiastically.

Regarding this solicitation, FTC Chairman Lina Kehan said that currently technology companies collect privacy data in various scenarios in various scenarios, and the purpose of FTC's opinion on society is to understand and record public opinion and views to decide whether FTC is whether FTC The regulatory system should be formulated to solve the problems in the field of commercial monitoring and data security behavior, as well as the specific terms of this regulatory system.

In addition to the public, in the process of FTC's regulatory system, the affected technology companies also have the opportunity to impose influence, but the role is relatively limited. At present, technology companies such as Google, Apple and Meta have not commented on the above -mentioned personal privacy protection supervision system.

Earlier, many US institutions and individuals (including parliament members) called for FTC to take action to infringe personal privacy. Last year, some Democrats from the US Congress wrote a letter to Khan, asking FTC to introduce a new system for protecting personal privacy.

Three months ago, the US Senate approved the personal privacy expert Alvaro Bedoya as a FTC member (five). Before joining the agency, Bedoya conducted extensive research on privacy data and algorithm discrimination.

According to reports, Five members of the FTC decided to publicly solicit opinions on the society with a 3: 2 voting result, and two of them voted against the votes.

In terms of personal privacy protection, the United States has always had pressure and voices, hoping to formulate the standards or laws of federal -level privacy to protect personal privacy. However, in the U.S. Congress, personal privacy legislation is stagnant. Some members have proposed a draft legislation or suggestion, but they have not received most support.

Recently, the "American Data Privacy and Protection Law" has been voted in a committee of the Representatives of Congress, but in the Senate, this law will also face challenges. In addition, some legislations on regulatory algorithms and strengthening government antitrust supervision have not been able to "cultivate positive results."

In an interview in January, the US Congress Senator Roboc (Minnesota Democrat) said that many years of inaction caused the status quo of personal privacy protection today. Many people talk about it, but they are not able to pass specific laws.

The stagnation of Congress legislation has led to the challenges of some personal privacy supervision systems to FTC.

After overthrowing a jurisprudence of abortion rights in the US Supreme Court, US President Biden called on FTC to focus on protecting some abortion ladies in dangerous personal privacy information.

Related news
Brushing and shaking hands on the 43-inch vertical TV experience? Samsung launches The Sero TV (picture)
U.S. Department of Justice and FTC reach an agreement to increase anti-monopoly review of Amazon
Google pays $200 million to settle a child privacy infringement investigation with the FTC
YouTube wants FTC to relax the restrictions of children's online privacy protection law
US media: The US FTC will begin to formulate federal regulations to expand online privacy protection
Sources say the FTC will expand online privacy rules
The US FTC solicits the public opinion to introduce the new rules for technology giants to protect consumer privacy
Hot news this week
Apple is recruiting neurorendering research scientists to create immersive experiences for AR/VR products
Tesla China will take the initiative to significantly reduce production if it still fails to sell by 40,000 yuan
The Internet reported that the Shanghai factory would voluntarily cut production by 20%, Tesla responded
Hangzhou Internet Court: NFT digital collection belongs to the network virtual property, protected by law
Amazon has withdrawn a new offer from its retail division, cutting off new employees who were due to start early next year
You know what? Looking at your phone while driving is the equivalent of driving blind for about 50 meters, which is extremely dangerous
The United States has approved the first fecal transplant to treat disease by transplanting someone else's feces
Dalitsu, a lens supplier for Apple's iPhone 14, reported revenue of NT $5.231 billion in November, up 20 percent from a year earlier
Transsion Holdings: Established a global strategic partnership with Google to carry out in-depth cooperation in areas such as Android system
Do the most lightweight and smooth system! - MIUI 14 will come soon: The flagship will also be upgraded two years ago
The most popular news this week
Activision Blizzard CEO says Microsoft acquisition will go ahead, FTC allegations are factually incorrect
Experts: do not take ibuprofen if you eat Lianhua Qingdian, separate Chinese and Western medicines
Up to 56 cores! The new generation of Intel processors is coming.
Upgrade second regret! Serious problems after AirPods Pro 2 update
Apple got Sony's flagship sensor! iP15 is now more expected
Ibuprofen does not have to compete for the world's largest production capacity in China: one company is enough for 3.3 billion people.
QQ level first in the world! I responded to make netizens envious: the family opened the Internet cafe
Cook's "no" to Musk: cost Apple 4.4 trillion
AI paintings fetch a record price of 1.1 million! Baidu's AI painting was tested and the result was amazing
Burst! Tesla China discontinues Model Y production