Xiaomi's 500 -day industry insider: There is no surprise of autonomous driving technology

At the official announcement of Xiaomi (01810.HK) officially entered the 500 -day node of the electric vehicle industry, the chairman Lei Jun disclosed the latest progress.

On August 11, Lei Jun said in a public speech in 2022 that Xiaomi Autonomous Driving adopted a full stack self -development algorithm to invest 3.3 billion yuan in research and development in the first phase of the autonomous driving field. The overall size of the team is expected to exceed 600 people. At present, Xiaomi's autonomous driving technology has entered the test stage. The first 140 test vehicles will be tested across the country. The goal is to enter the industry's first camp in 2024.

However, the audience found a lot of shortcomings from the real shots of the autonomous road test displayed by Xiaomi. Some people in the industry pointed out that Xiaomi autonomous driving technology displayed in the video has no surprises and highlights.

Industry insiders told the Red Star Capital Bureau that the video showed the status of the test car more completely, covering the three major auxiliary driving scenes of "cities, high -speed, parking", but the autonomous driving technology can only be considered as the industry's conventional level. "Considering Xiaomi for 500 days, this progress is fast."

Industry insiders also expressed their concerns about Xiaomi's self -study strategy for Xiaomi's autonomous driving technology, and they are not optimistic about its goal of entering the first camp in 2024. 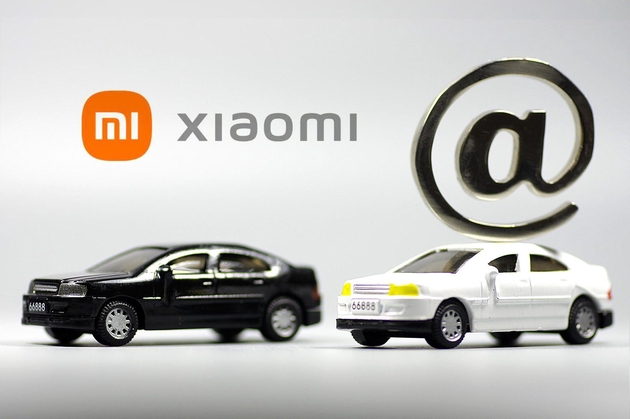 Xiaomi showed a video of a self -driving DEMO (demonstration), and the sharp -eyed audience raised a lot of doubts:

Some car commentators pointed out on Weibo that some scenes are more deliberate and the vehicles are stiff, such as the automatic detour of the accident vehicle, the zebra crossing ceremony for pedestrians. And such laser radar (overall perceived hardware) specifications cannot get on mass production cars, and there should be many "modifications". The section selection is also relatively simple, obviously in the early stages. He also said that it is not easy to make such a demo without enough the number of teams.

Welll Smart CEO Chang Yufei bluntly said in the circle of friends: "Xiaomi spent so much money to acquire, the DEMO car made without surprise and highlights", "Apollo 5.0 open source version is just this level." Zhou Guang, the founder of Roadstar, Said, "I feel back to the Demo video in 2019."

"Two or three years ago, these autonomous driving and high -end auxiliary driving techniques will make people shine, but now it is the base operation of smart cars." Some independent car analysts told the Red Star Capital Bureau that Xiaomi is currently displaying it. The ability, there is no breakthrough achievement in today's smart car field. "The industry knows that this display video is nothing. The test car can see that it is BYD Han and BMW 5 Series. It is equipped with Xiaomi autonomous driving system, mainly collecting data. Sensors and other hardware are not necessarily the same as mass production cars."

He said that as a whole, the video showed the status of the test car more completely, and at the same time covered the three major auxiliary driving scenes of "cities, high -speed, parking", but only reached the industry's conventional level. "However, considering that Xiaomi has only been building a car for 500 days, this progress is fast. In general, Xiaomi's current autonomous driving system needs to be polished."

Worry: not optimistic about entering the first camp in 2024

In his speech, Lei Jun said that Xiaomi's autonomous driving technology adopted a full -stack of self -developed technical layout strategies, and also shouted the slogan "The goal is to enter the first camp in 2024".

Full stack self -research means that car companies can master the core technologies in related fields, and have dominance in the research and development field, without need to use external forces; it also means that high costs require not only greater research teams, but also invest more funds to invest more funds. , Even to acquire companies to make up for their own shortcomings.

The Red Star Capital Bureau has noticed whether the full stack of self -research must be based on the conditions and strategic goals of the car company. /Nio.us) NAD, Xiaopeng's NGP, Tsla.us FSD.

Based on this, Mi Fan expressed confidence in the self -developed autonomous driving technology of Xiaomi full stack to the Red Star Capital Bureau. In addition, Xiaomi started with software, and it has innate advantages in the field of data terminals. It is the accumulation in the intelligent field ...

However, the industry in the industry expressed respect and concerns about the choice of Xiaomi full stack, and it is not optimistic about the big cake of "entering the first camp in 2024".

According to the information disclosed by the annual report, Xiaomi Motors was listed in the first half of 2024. Zhang Chao questioned, "It is difficult to truly conduct autonomous driving capacity tests and data collection without mass production cars. Xiaomi Motors was listed in the first half of 2024, and Xiaomi targeted the first echelon in 2024. From the time of listing to the end of the year (less than a year in less than a year ) How many cars can you sell? There are a large number of modified test cars. Xiaomi first planned 140 test vehicles, how many test cars can there be? How many kilometers can I run in total? "

Independent car analysts believe that only vehicle and road collaboration can truly realize autonomous driving. Bicycle intelligence is the choice of the OEMs to master the core discourse rights of the industry. "It is difficult for the current AI level to accumulate by the big data accumulation of the vehicle itself. It is impossible to achieve completely autonomous driving in complex road conditions." He said that although it admires Xiaomi's full -study practice, Xiaomi is Xiaomi, but Xiaomi The car is only two years old. Without a lot of road test data support, even Xiaomi cannot guarantee safety.

Related news
Foreign Media: Amazon Prime Day is just a fake version of Ali Shuang11
Video game trend feast Asustek held Rog day fans Carnival
ASUS main board leads Rog day fans Carnival highlights
Pressure many foreign brands! Uoni leads prime day deals
Xiaomi: Yang Qian became the spokesperson of Xiaomi Civi
Xiaomi will hold a special general meeting of shareholders to approve theXiaomi EV Talent Incentive Program
Shenzhen Passes Law to Allow Autonomous Cars on City Roads
Xiaomi's 500 -day industry insider: There is no surprise of autonomous driving technology
Hot news this week
According to sources, SoftBank founder Masayoshi Son has not made a proposal to Samsung to invest in Arm
Brother sent a mobile phone to pay 200 yuan to pay the owner to the police: money is not scraped by the wind
China Confinement Association said on the rumor of Haitian soy sauce "dual standard": support enterprise rights protection
Mate 50 Kunlun version is in short supply! Huawei additional production capacity: October supply can improve
Apple iPhone 14 / Pro blessing, optical lens supplier Datu Guang's revenue in September 22 months new high
After a lapse of 28 years, the Chinese women's basketball team won the World Cup runner -up Li Meng's T -shirt on fire
IPhone6 officially "retired", its series sold 250 million units, second-hand purchase price is now as low as 100 yuan......
Apple responds to the iPhone accident monitoring cannot be triggered 100%: no minimum requirements are met
The revenue of Ruiyu, a major network chip manufacturer, was about 2.156 billion yuan in September, down 1.85 percent year on year
Meituan Wang Xing: Chinese auto companies will definitely win, "NIO, Huawei, ideal" will replace BBA to occupy the high-end market
The most popular news this week
Foxconn has announced that it will contract manufacture electric cars and build prototypes for INDIEV in Ohio
Latest ranking: Huawei first, ZTE fourth!
Ding Yun, vice chairman of the Huawei Supervisory Board, died of a sudden illness Huawei: He expressed deep condolences to his unfortunate death
European Union antitrust regulators have questioned Microsoft to see if it can compete fairly after buying Activision Blizzard
Today, I took a set of online signals to compare it ...
Xiaomi 13 series of news summary: a total of 3 model Snapdragon 8 Gen2 blessing
Musk wants to turn Twitter into wechat, but he may struggle to pull it off
Three o'clock before the Apple Officer who can hit the 20 % off. Before buying the machine
When playing games, I interact with my boyfriend too close: the girl after the 1 00 of foreign countries will hurt her sister
Wolf on mobile? Chinese copycat "The Phantom Wolf: Darkest Hour" hits shelves