Sell to Tencent less than a year Sogou by the big purge: three major businesses are gone

Less than a year after it was sold to Tencent, much of Sogou's original business has faded away. Name & throughout; .

It's a pity that he changed his waistcoat again. Sogou APP” , and did not let Sogou search usher in new vitality.

Nowadays, Bingo App has been quietly removed from the major App stores, and it has completely quit the stage of history together with Sogou search App.

Since announcing the sale to Tencent, Sogou has shut down most of its non-core main businesses, including Sogou Map, Sogou reading, Sogou lending APP, Sogou number, etc.

At almost the same time, the Sogou content open platform & LDQuo; Sogou number & throughout; The announcement said that due to the company's business adjustment platform on September 22, 2021 at 17:00 to stop operations and services.

The launch of the Sogou lending App comes just a week after Sogou was merged into Tencent. Service Suspension announcement ” Show: Sogou borrow money since October 23, 2021, due to the company's business adjustment will be suspended related services.

In May this year, Sogou map also announced the official offline, all related services are closed, enter the original domain name will jump directly to Tencent map. Soon, Sogou map App in Apple, Huawei, Xiaomi and other application stores, all down, this also marks a history of more than 20 years Sogou map, so far officially quit the stage of the Chinese Internet.

In addition, Sogou reading was also recently reported to have stopped operations.

Screenshots from users of the Black Cat complaint platform show that Sogou Reading stopped operating from 23:59 on Aug 8, 2022. According to the user complaint, Sogou read the notice after the shutdown, all users of the amount transferred to other APP members, do not agree or do not accept as automatically give up rights and interests, this compulsory behavior is not accepted.

According to public information,Sogou once had search, input method, browser and artificial intelligence four businesses.

As Tencent's acquisition of Sogou eve of the last financial results, this financial data seems to be intuitive representative of Sogou's development status. It is obvious that Sogou has not been able to leave the revenue source of a single question, the company in addition to search outside the business on the cash ability is seriously insufficient.

Among them, QQ browser and Sogou browser become the basic support platform, search engines such as artificial intelligence and input method, become the core business.

After that, most of Sogou's business and products will be shut down, no longer operate as an independent brand, but integrated into Tencent watch.

Interestingly, Tencent shut down its live-streaming App last November. On July 18 this year, the Watch Express APP was also officially shut down. In addition, Tencent has put the QQ hotspot update for the small world.

At present, Tencent has kept the entrance of QQ hotspot in QQ's dynamic list, but clicking on it shows a small world. From the product form, small world and wechat video number similar, is a new QQ short video function.

From the personnel level, in May this year, the head of Tencent news Wang Shmu was transferred, intriguing is that the Tengxun network editor-in-chief He Guoshuai, deputy editor-in-chief Ma Teng and Yang Ruichun also synchronous resignation.

In addition, 36Kr reported in June that Tencent's layoffs will continue. Among the major business groups of Tencent, PCG is the hardest hit area to lay off employees in the first half of the year, the overall proportion of layoffs or more than 10%, the second half of the year will continue to lay off employees on the basis of the first half of the year, among which the proportion of layoffs in many subdivisions of PCG will even reach 40%-50%, and a few businesses will be cut overall. Some of the other BG teams are also about to perform optimizations.

Among them, Tencent News and QQ departments continue to downsize on the original basis, while Tencent News has opened a new round of layoffs ranging from 30% to 50% in multiple business departments.

To put it all together, Tencent is, to some extent, slowly getting rid of unprofitable businesses, reducing costs and increasing efficiency, and still tilting strategic resources toward short video. 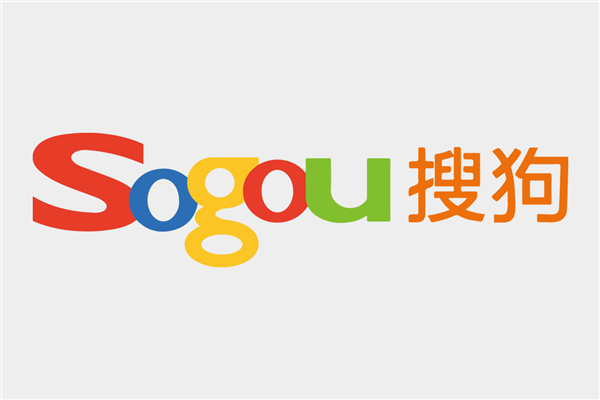 Related news
AMD veteran, Microsoft Xbox chief architect John Sell quit Intel
Are you OK？ Sogou input online "Lei Jun imitation" voice
The end of the PC era series: Sogou finally "married" Tencent after seven years of love
Are you looking for real spell caster to bring back your ex
JD.com,Tencent Extend Strategic Partnership on AI
Tencent CSIG Creates Enterprise & Government Business Line
Hot news this week
According to sources, SoftBank founder Masayoshi Son has not made a proposal to Samsung to invest in Arm
Brother sent a mobile phone to pay 200 yuan to pay the owner to the police: money is not scraped by the wind
Mate 50 Kunlun version is in short supply! Huawei additional production capacity: October supply can improve
After a lapse of 28 years, the Chinese women's basketball team won the World Cup runner -up Li Meng's T -shirt on fire
China Confinement Association said on the rumor of Haitian soy sauce "dual standard": support enterprise rights protection
IPhone6 officially "retired", its series sold 250 million units, second-hand purchase price is now as low as 100 yuan......
Apple iPhone 14 / Pro blessing, optical lens supplier Datu Guang's revenue in September 22 months new high
Apple responds to the iPhone accident monitoring cannot be triggered 100%: no minimum requirements are met
Meituan Wang Xing: Chinese auto companies will definitely win, "NIO, Huawei, ideal" will replace BBA to occupy the high-end market
Tencent Holdings was short HK $580 million, up 100.89% from the previous day. The company closed 5.76% higher today
The most popular news this week
Foxconn has announced that it will contract manufacture electric cars and build prototypes for INDIEV in Ohio
Latest ranking: Huawei first, ZTE fourth!
Ding Yun, vice chairman of the Huawei Supervisory Board, died of a sudden illness Huawei: He expressed deep condolences to his unfortunate death
European Union antitrust regulators have questioned Microsoft to see if it can compete fairly after buying Activision Blizzard
Today, I took a set of online signals to compare it ...
Xiaomi 13 series of news summary: a total of 3 model Snapdragon 8 Gen2 blessing
Musk wants to turn Twitter into wechat, but he may struggle to pull it off
Three o'clock before the Apple Officer who can hit the 20 % off. Before buying the machine
When playing games, I interact with my boyfriend too close: the girl after the 1 00 of foreign countries will hurt her sister
Wolf on mobile? Chinese copycat "The Phantom Wolf: Darkest Hour" hits shelves