Gurman: Apple is going to expand advertising into the new iPhone/iPad area

Gurman: Apple is expanding advertising into the iPhone/iPad, but it won't touch third-party apps for now

On the latest issue of Power On, Bloomberg's Mark Gurman offers some of his predictions for Apple.

He believes Apple is ready to expand advertising into more areas of the iPhone and iPad to find its next big revenue stream. The company has also slowed its pace of acquiring startups, and Peloton has embarked on a major overhaul.

Apple last year introduced a feature called "App Tracking Transparency" that allows consumers to decide whether an App can track them on other apps and websites, IT House has learned.

Social media giants like Meta and Snap claim to have lost billions of dollars because of Apple's new privacy policy, and a number of smaller developers say the feature has disrupted their businesses. 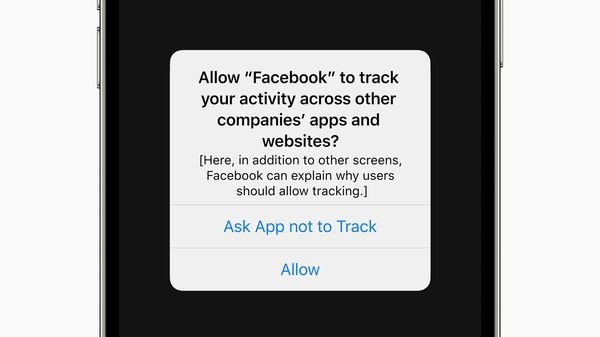 With that said, Gurman pointed out that Apple will expand its advertising business significantly over time. 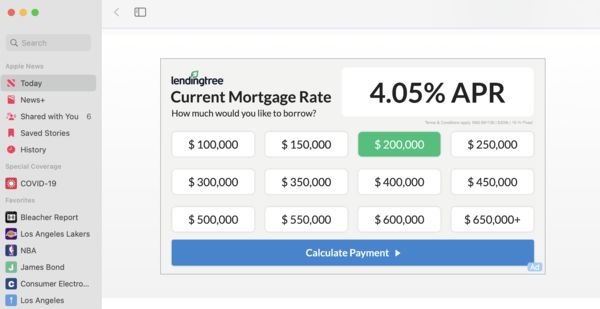 He noted that some users might resent Apple putting ads in its own apps, since the iPhone is considered a high-end phone. If you spent $1,000 or more on a phone, would you be happy if Apple squeezed more money out of you with ads?

Of course, some Apple fans don't care about this, and even try to persuade others to be more generous. After all, Apple's ads are of higher quality than those of Google, Meta or even loan apps, which is not unacceptable.

Apple is also said to have recently added some ads to the Today news app, though the rules are unclear. In addition, Apple allows publishers to advertise in their stories. But it should be noted that even if you pay $10 a month for a News+ subscription, Today still has ads. 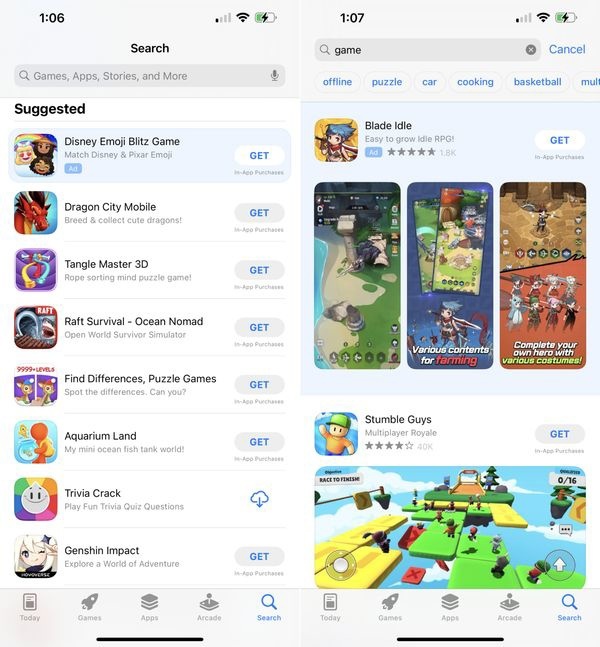 Of course, it's normal to see ads in today's society, especially online, but in the past few years paid services on iOS have rarely seen such ads.

When Steve Jobs announced iCloud in 2011, he gleefully told the world that there would be no ads. Although, that phrase is no longer valid.

Another ironic detail is that Apple uses other services and your Apple ID data to decide which ads to run. "That doesn't sound like a privacy first policy," Gurman quipped.

It's worth noting that while most apps have ads, you can actually disable AD personalization. Apple says 78% of iOS 15 users already do this, but the system still captures and makes use of private data like carriers, devices and what you read.

At this point, you might ask, why don't Apple apps ask permission to track users through pop-up messages? And that's actually what ATT does.

The reason, Apple says, is that the system "does not track you on other companies' apps and websites". That's what ATT was designed to do. If an App isn't trying to track external apps and websites, it doesn't need to ask you for consent in a pop-up window.

On the App Store, Apple already hints users about apps they might be interested in in the "Suggestions" section. In addition, Apple will extend ads to the download pages of "Today" and third-party apps.

Some users don't think it's an AD, but it's a paid service. For example, when users search for words like "racing" or "basketball" in the store, developers can pay to have their app appear in your results.

Gurman believes Apple will eventually expand search ads to other apps like Maps, as well as areas like Apple Books and Apple Podcasts, and even TV+ could generate more ads (as Netflix has done).

That said, he doesn't expect Apple to get back into the third-party App advertising business anytime soon. At least not since the last time Apple tried and failed with Iads (2010).

Related news
Bloomberg Gurman: The new MacBook Pro will be introduced at Apple's October event
Bloomberg Gurman: Apple will unveil the most hardware products ever this fall
Gurman: Apple is still working on a new HomePod with Apple TV
Gurman: The Apple Watch Series 8 will have a temperature sensor
Price to match iPhone 13 Pro! Apple Watch Pro has been revealed
Gurman: Apple is going to expand advertising into the new iPhone/iPad area
iPhone 14 / Pro has been released, Gurman reiterated that "Apple is still testing the iPhone hardware subscription service, launching later this year"
Hot news this week
According to sources, SoftBank founder Masayoshi Son has not made a proposal to Samsung to invest in Arm
Brother sent a mobile phone to pay 200 yuan to pay the owner to the police: money is not scraped by the wind
Mate 50 Kunlun version is in short supply! Huawei additional production capacity: October supply can improve
After a lapse of 28 years, the Chinese women's basketball team won the World Cup runner -up Li Meng's T -shirt on fire
IPhone6 officially "retired", its series sold 250 million units, second-hand purchase price is now as low as 100 yuan......
China Confinement Association said on the rumor of Haitian soy sauce "dual standard": support enterprise rights protection
Meituan Wang Xing: Chinese auto companies will definitely win, "NIO, Huawei, ideal" will replace BBA to occupy the high-end market
Apple responds to the iPhone accident monitoring cannot be triggered 100%: no minimum requirements are met
Apple iPhone 14 / Pro blessing, optical lens supplier Datu Guang's revenue in September 22 months new high
Haitian Weiye issued a statement to deny the "dual standard": Do not affect the reputation of China's world -made world!
The most popular news this week
European Union antitrust regulators have questioned Microsoft to see if it can compete fairly after buying Activision Blizzard
Today, I took a set of online signals to compare it ...
Xiaomi 13 series of news summary: a total of 3 model Snapdragon 8 Gen2 blessing
Musk wants to turn Twitter into wechat, but he may struggle to pull it off
Three o'clock before the Apple Officer who can hit the 20 % off. Before buying the machine
When playing games, I interact with my boyfriend too close: the girl after the 1 00 of foreign countries will hurt her sister
Wolf on mobile? Chinese copycat "The Phantom Wolf: Darkest Hour" hits shelves
The era of bangs may be over! Apple's iPhone 15 series is a collective change
Domestic prestige! The storage chip collapses thoroughly!
China University of Science and Technology discovered that the existence of Phosphorus in Titan can provide potential extraterrestrial life