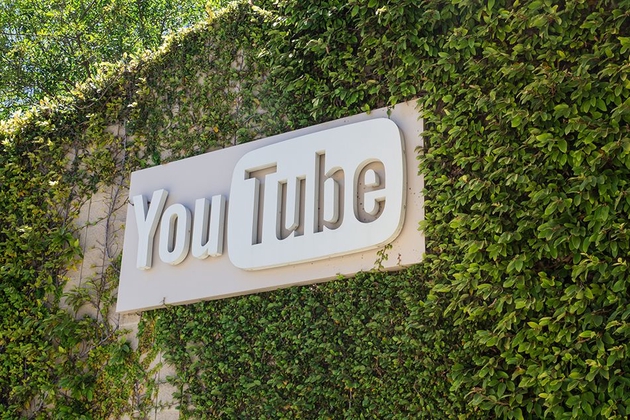 The project, known as the Channel Store, has been in the works for at least 18 months and could launch as early as this fall, according to people familiar with the matter.

The Channel Store is YouTube's promotional hub for streaming platforms, where users can watch trailers from partner platforms for free and subscribe directly, rather than having to travel to each platform.

YouTube will receive a share of the subscription fee. YouTube is still in talks with its partners, people familiar with the matter said, and the issue of how to pay a dividend is still under discussion, and terms can vary widely from partner to partner.

As previously reported by tech outlet The Information, YouTube floated The idea of an online store for a streaming video service back in 2020. Now, with competition among streaming platforms intensifying, the idea is gaining support and favor among many platforms.

Building streaming video platforms is now the order of the day for tech giants, with e-commerce giants Amazon, Disney and Apple all launching streaming platforms. But user growth across platforms has slowed as the number of platforms has increased, and to attract more subscribers, the tech giants have taken a new step by seeking partnerships with companies in other fields to increase the presence of streaming services on other platforms.

Verizon, the second-largest US carrier, has been a popular partner, with streaming platforms such as Netflix (NFLX) courting it. Owned by Verizon. Play offers direct access to Netflix, Disney+, and more, and supports video subscriptions across devices.

Retail giant Walmart has reached out to streaming companies. As previously reported, Walmart has been in talks with Paramount Pictures, Disney, Comcast and others to increase the value of Walmart + membership through bundled subscriptions.

NBCUniversal, owned by cable giant Comcast (CMCSA), is also in contact with potential partners about adding its streaming service Peacock to their apps.

YouTube has taken advantage of this trend by creating a "channel store" for streaming platforms that allows for both concentrated advertising and quick subscriptions. A large and diverse audience is YouTube's biggest selling point, according to people familiar with the matter. YouTube has more than 2 billion monthly users, according to its parent company Alphabet's first-quarter results.

But for streaming platforms, while it's easier to gain subscribers by partnering with other companies, it also means less revenue and less control over customer data, creating a careful tradeoff, the Journal said.

Related news
Can YouTube carry the banner when Google integrates all music services?
Google YouTube plans to launch streaming media video service online store
US media: YouTube plans to launch a streaming media video service subscription platform.
Improved Apple and Amazon Google is brewing to launch "Channel Stores" for YouTube
YouTube plans to launch an online store for streaming video
YouTube has been revealed as early as this fall to launch an online store to support streaming platform subscriptions
Hot news this week
According to sources, SoftBank founder Masayoshi Son has not made a proposal to Samsung to invest in Arm
Brother sent a mobile phone to pay 200 yuan to pay the owner to the police: money is not scraped by the wind
Mate 50 Kunlun version is in short supply! Huawei additional production capacity: October supply can improve
China Confinement Association said on the rumor of Haitian soy sauce "dual standard": support enterprise rights protection
After a lapse of 28 years, the Chinese women's basketball team won the World Cup runner -up Li Meng's T -shirt on fire
IPhone6 officially "retired", its series sold 250 million units, second-hand purchase price is now as low as 100 yuan......
Apple iPhone 14 / Pro blessing, optical lens supplier Datu Guang's revenue in September 22 months new high
Apple responds to the iPhone accident monitoring cannot be triggered 100%: no minimum requirements are met
Meituan Wang Xing: Chinese auto companies will definitely win, "NIO, Huawei, ideal" will replace BBA to occupy the high-end market
Tencent Holdings was short HK $580 million, up 100.89% from the previous day. The company closed 5.76% higher today
The most popular news this week
Foxconn has announced that it will contract manufacture electric cars and build prototypes for INDIEV in Ohio
Latest ranking: Huawei first, ZTE fourth!
Ding Yun, vice chairman of the Huawei Supervisory Board, died of a sudden illness Huawei: He expressed deep condolences to his unfortunate death
European Union antitrust regulators have questioned Microsoft to see if it can compete fairly after buying Activision Blizzard
Today, I took a set of online signals to compare it ...
Xiaomi 13 series of news summary: a total of 3 model Snapdragon 8 Gen2 blessing
Musk wants to turn Twitter into wechat, but he may struggle to pull it off
Three o'clock before the Apple Officer who can hit the 20 % off. Before buying the machine
When playing games, I interact with my boyfriend too close: the girl after the 1 00 of foreign countries will hurt her sister
Wolf on mobile? Chinese copycat "The Phantom Wolf: Darkest Hour" hits shelves