Can the Bayeng government smashing the billions of dollars to subsidize the new energy vehicle market, can the goal of "Made in North America" achieve it?

U.S. President Bayeng signed the "Angle Act of 2022" on the 16th local time. The bill seems to be called the "Angle Act Act" essentially contains a large amount of energy security and climate change. The total amount of US $ 369 billion in the bill of US $ 750 billion is related to energy security and climate change, and it is also considered to be regarded as it, and it is also regarded as being considered as a climate change. The largest climate bill in American history.

However, although the bill has officially landed, there are still many disputes in the industry. For example, the most controversial content in the bill is that the car battery that needs to enjoy the discount must be made in North America. Carla Bailo, president of the American Automobile Research Center (CAR), said in the case of these goals in the bill: "From the perspective of the extent that we lack materials now, I don't think any products can meet this standard today."

For another example, the bill states that billions of dollars will provide the promotion of electric vehicles and the establishment of battery factories. According to the rules, new US electric car buyers can get a maximum of $ 7,500 tax subsidy, and second -hand car buyers can get $ 4,000 to reduce exemption. The subsidy is only suitable for cars with a price of no more than 55,000 US dollars and pickups and trucks not more than $ 80,000. Or sports multi -purpose vehicle.

The tax subsidy of American electric vehicles has existed since 2009. The United States Automobile Innovation Alliance said that the bill has increased restrictions on subsidy objects. After the bill takes effect, 70%of the 72 models that have been qualified to obtain subsidies have not met the conditions. If the additional battery production is limited, no model is qualified to get full subsidies. 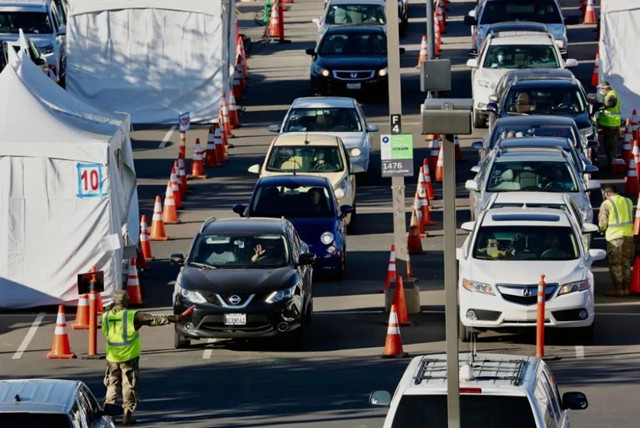 Will the US government's electric vehicle subsidy be effective? (Source: Xinhua News Agency)

"It is impossible to achieve overnight"

The terms of the "Made in North America" of the automobile battery are specifically stipulated that by 2024, at least 50%of the components of electric vehicle batteries come from the United States, Canada or Mexico, which rose to 100%in 2028.

Some industry executives believe that American car companies will take five years to transform the supply chain in order to enable the product to obtain tax credit. Mary T. Barra, CEO of GM, said with Bayeng that the bill proposed by the bill using the U.S. batteries and other requirements can inspire them to move forward, but "it is impossible to achieve overnight."

Yang Fuqiang, a senior consultant of climate change and energy transformation project of the Energy Research Institute of Peking University, told First Financial reporters that there is indeed a problem with the supply chain of the US production and sales of electric vehicles.

Although some auto manufacturers and suppliers have announced their plans to establish a battery factory in the United States, few manufacturers who really begin production. Yang Fuqiang said: "Of course, the United States can build a battery factory, but the question is whether it can be manufactured quickly. I'm afraid this is not made in a few years. This process is relatively slow. Business, find opportunities in the American local market. "

Another analyst believes that from the perspective of the industry, the bill does not cause all companies in the industry to "dew and dew." Tesla and General Corporation are regarded as "winners". Previously, the two companies had lost their subsidy qualifications because they sold the number of electric vehicles exceeding the 200,000 subsidies set by the US government, but the bill was canceled this upper limit. Therefore The vehicles of the two brands will be eligible for subsidies.

Data from the investment bank Evercore ISI show that tax reduction may be particularly conducive to Tesla because the company has a large share in the US electric vehicle market, about 70%. Evercore said that subsidies will make some Tesla's models cheaper than other popular oil vehicles. However, the bill may be more chicken ribs for car companies that have not yet produced or sell electric vehicles in the United States.

At the same time, due to the limitation of prices and income levels, some luxury car brands and many models of electric vehicle startups will lose their tax reduction. For example, the more expensive Lucid and Rivian have indicated that most of its vehicles are not eligible.

The size of the U.S. used car market is twice as much as the new car market, but the tax credits for used cars are only applicable to those priced at $ 25,000 and below. Scott Case, CEO of Used Car Market Research Company, said that less than 20%of second -hand electric vehicles meet the conditions.

Yang Fuqiang said that from the perspective of subsidies, compared with other countries and regions with higher penetration rates of electric vehicles, the United States is not enough. He also believes that subsidies are not the ultimate way to solve the problem. "At the beginning of the promotion of electric vehicles, subsidies can be performed, but there is a total time limit for subsidies. In view of the reasons for financial pressure, it is impossible to continue to subsidize. The key is that consumers' recognition of the model is willing to pay for the purchase, and then with the time The price of this time may be lower, so as to increase the penetration rate of electric vehicles, "he said.

Many other factors also limited the popularity of American electric vehicles. For example, for some people without its own garage, it is a big problem to lack sufficient public facilities to charge. "The US refueling facilities are very convenient, and the accessibility of its charging facilities is weaker. For example, if a user wants to install a charging facility, it needs to be approved by many procedures." He said, in addition, the cold area in the United States is more in winter than China. It is large and has more snow area, so it is difficult to promote electric vehicles in northern United States and other regions.

He further analyzed that although the US oil prices have increased significantly in the past two years, compared with the level of other developed countries in the world, on the other hand, the US electricity prices are relatively higher, and their residents' electricity prices are higher than industrial electricity prices. As a result, Americans do not have a great motivation to change their transportation methods.

Related news
North Face apologizes to Wikipedia for improper promotion initiated by Brazilian distributors
Foxconn has bought land in Vietnam: will iPhone "MADE IN VIETNAM" in the future? (figure)
Maybe next year you'll get an iPhone 12 labeled "made in India."
JOIN TODAY TO ILLUMINATI AND ACHIEVE YOUR GOALS IN LIFE, JOI
China's New Energy Vehicle Sales in June Expected to Set New High over Fiscal Stimulus
Hot news this week
According to sources, SoftBank founder Masayoshi Son has not made a proposal to Samsung to invest in Arm
Brother sent a mobile phone to pay 200 yuan to pay the owner to the police: money is not scraped by the wind
China Confinement Association said on the rumor of Haitian soy sauce "dual standard": support enterprise rights protection
Mate 50 Kunlun version is in short supply! Huawei additional production capacity: October supply can improve
Apple iPhone 14 / Pro blessing, optical lens supplier Datu Guang's revenue in September 22 months new high
After a lapse of 28 years, the Chinese women's basketball team won the World Cup runner -up Li Meng's T -shirt on fire
IPhone6 officially "retired", its series sold 250 million units, second-hand purchase price is now as low as 100 yuan......
Apple responds to the iPhone accident monitoring cannot be triggered 100%: no minimum requirements are met
The revenue of Ruiyu, a major network chip manufacturer, was about 2.156 billion yuan in September, down 1.85 percent year on year
Meituan Wang Xing: Chinese auto companies will definitely win, "NIO, Huawei, ideal" will replace BBA to occupy the high-end market
The most popular news this week
Foxconn has announced that it will contract manufacture electric cars and build prototypes for INDIEV in Ohio
Latest ranking: Huawei first, ZTE fourth!
Ding Yun, vice chairman of the Huawei Supervisory Board, died of a sudden illness Huawei: He expressed deep condolences to his unfortunate death
European Union antitrust regulators have questioned Microsoft to see if it can compete fairly after buying Activision Blizzard
Today, I took a set of online signals to compare it ...
Xiaomi 13 series of news summary: a total of 3 model Snapdragon 8 Gen2 blessing
Musk wants to turn Twitter into wechat, but he may struggle to pull it off
Three o'clock before the Apple Officer who can hit the 20 % off. Before buying the machine
When playing games, I interact with my boyfriend too close: the girl after the 1 00 of foreign countries will hurt her sister
Wolf on mobile? Chinese copycat "The Phantom Wolf: Darkest Hour" hits shelves