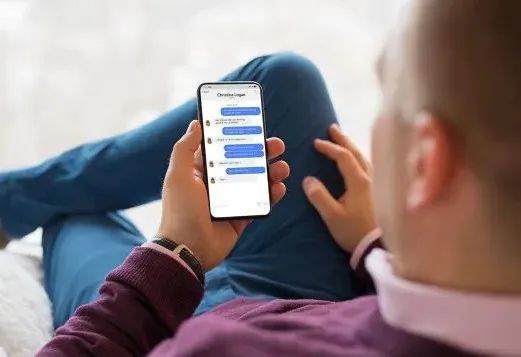 Hiroshi Lockheimer, Google's senior vice president and product lead for Android, posted on social media about Apple's iMessage's reluctance to support Rich Communications Services (RCS). As a result, the message communication experience between Android users and iPhone users is poor. Hiroshi Lockheimer gave Apple a shout out:"RCS is the next generation of information standards, and Google is here to helpApple officials and executives did not respond to the report.

This news, in fact, did not cause much attention in China. Compared with iMessage, wechat is the first choice for Chinese people to chat, but now it is still meaningful to discuss the battle between Google and Apple.The introduction of RCS in the Chinese market is in the form of "5G messaging", an information service expected to develop greatly by the three major operators and many enterprises。

As a technical engineer working on a "5G messaging" platform once put it,They don't even think about iPhone compatibility in their development because the iPhone doesn't support it from the bottom of the system。

IMessage can accept messages sent from Android phones, but it has limitations in terms of the amount of text and the form of content. For example, iMessage has added new features in recent years: The message bubble effect, handwritten messages, emojis and other messages sent from Android phones are not implemented. There is no return receipt displayed, a prompt is being entered, and group messages are not supported. 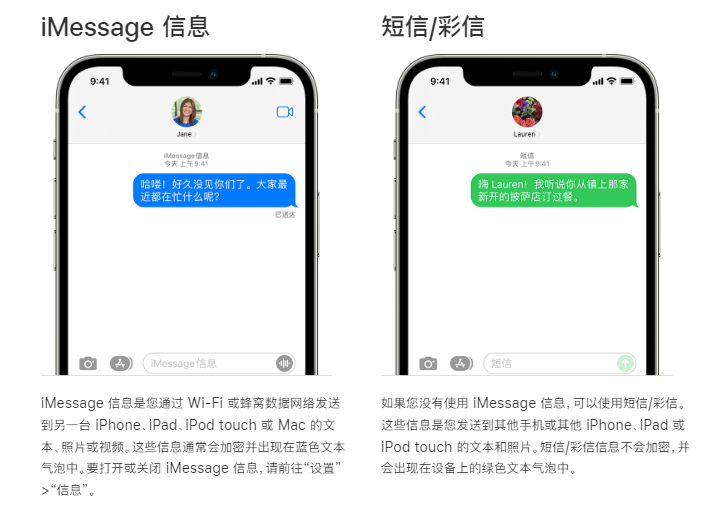 It's not that Apple doesn't develop apps for competing platforms. In order to attract Android users and sell products and services, Apple has launched Apple Music for Android, AirTag App for Android, Not to mention iTunes for Windows and the Apple TV+ app on Fire TV. But Apple never considered an Android version of iMessage. Must not also, but do not also, the attitude is very clear. 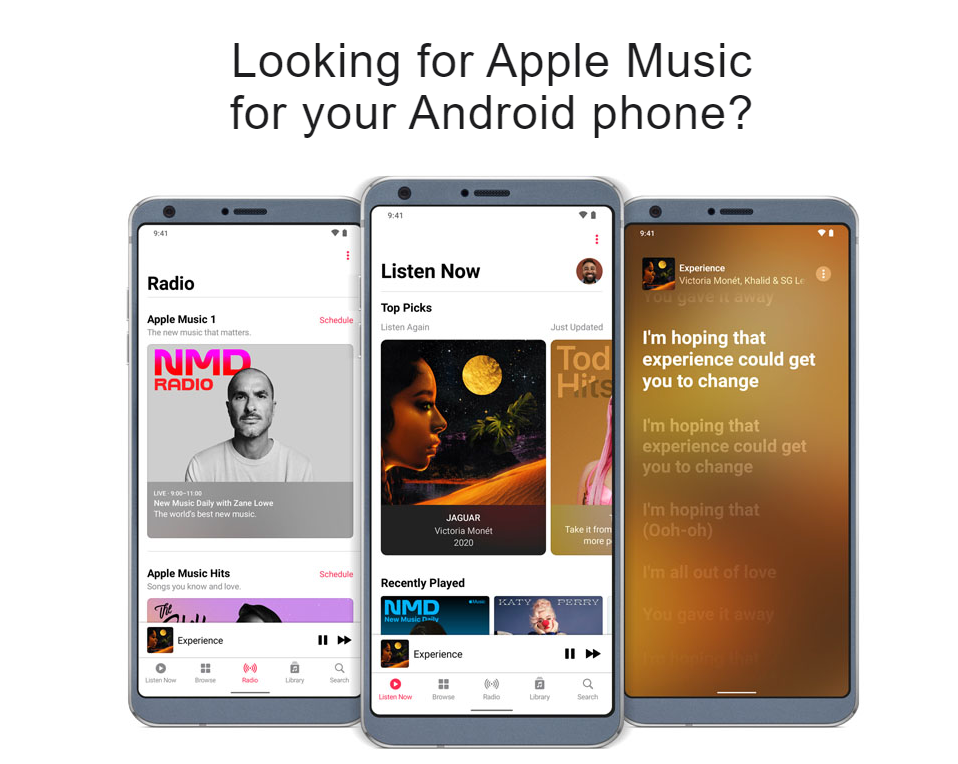 Although iMessage has many innovations, at the underlying technology, iMessage is based on SMS and MMS, and RCS represents the next generation standard. Compared with SMS and MMS, RCS can support text, emoticons, pictures and other content, but also can be directly embedded in the menu mode, which allows more interaction between the two sides of the RCS message. In terms of privacy protection, RCS supports end-to-end encryption for one-to-one chats, while SMS and MMS cannot achieve this requirement.

Why isn't Apple willing to support more "advanced" RCS? An email sent as evidence in last year's "monopoly" and "infringement" lawsuit between EPIC and Apple shows why. One former Apple employee said in an email:"The most difficult reason to leave an Apple app is iMessage, which locks into the Apple ecosystem。”

But on the other side of the coin, don't treat "don't be evil" Google as a good guy. Google executives' comments are more motivated by self-interest.

In the global market, the smartphone operating system is either iOS or Android. In the United States, more specifically, a large proportion of phones are sold through carriers. Google already has deals with the three major U.S. carriers, T-Mobile, AT& Both T and Verizon have signed agreements that phones sold through the carrier channel will not come preloaded with third-party messaging apps, so users will default to Android Messages, an RCS-enabled messaging App built into Android.

But in some markets where RCS messaging has become popular, there have been signs of abuse, with India providing a case in point. Dozens of prominent local banks and loan companies sent marketing content to non-customers' mobile phones when they abused the RCS messaging function. In response, Google said it was considering disabling the feature in the Indian market.

Back to the Chinese market, 5G messages are still in the early stage of development, and it is too early to worry about abuse. According to the intensity of the Ministry of Industry and Information Technology's supervision on spam messages in recent years and operators' self-examination and correction, 5G messages are unlikely to be abused.

But if Apple still excludes RCS from iMessage, iPhone users won't be able to take advantage of 5G messaging。

Related news
Google is about to test the RCS capabilities of Android Messages in the UK and France
The Google Android Messages beta will introduce RCS end-to-end encryption
Apple excludes RCS from iMessage iPhone users miss out on 5G messages
Hot news this week
According to sources, SoftBank founder Masayoshi Son has not made a proposal to Samsung to invest in Arm
Brother sent a mobile phone to pay 200 yuan to pay the owner to the police: money is not scraped by the wind
China Confinement Association said on the rumor of Haitian soy sauce "dual standard": support enterprise rights protection
Mate 50 Kunlun version is in short supply! Huawei additional production capacity: October supply can improve
Apple iPhone 14 / Pro blessing, optical lens supplier Datu Guang's revenue in September 22 months new high
After a lapse of 28 years, the Chinese women's basketball team won the World Cup runner -up Li Meng's T -shirt on fire
IPhone6 officially "retired", its series sold 250 million units, second-hand purchase price is now as low as 100 yuan......
Apple responds to the iPhone accident monitoring cannot be triggered 100%: no minimum requirements are met
The revenue of Ruiyu, a major network chip manufacturer, was about 2.156 billion yuan in September, down 1.85 percent year on year
Meituan Wang Xing: Chinese auto companies will definitely win, "NIO, Huawei, ideal" will replace BBA to occupy the high-end market
The most popular news this week
Foxconn has announced that it will contract manufacture electric cars and build prototypes for INDIEV in Ohio
Latest ranking: Huawei first, ZTE fourth!
Ding Yun, vice chairman of the Huawei Supervisory Board, died of a sudden illness Huawei: He expressed deep condolences to his unfortunate death
European Union antitrust regulators have questioned Microsoft to see if it can compete fairly after buying Activision Blizzard
Today, I took a set of online signals to compare it ...
Xiaomi 13 series of news summary: a total of 3 model Snapdragon 8 Gen2 blessing
Musk wants to turn Twitter into wechat, but he may struggle to pull it off
Three o'clock before the Apple Officer who can hit the 20 % off. Before buying the machine
When playing games, I interact with my boyfriend too close: the girl after the 1 00 of foreign countries will hurt her sister
Wolf on mobile? Chinese copycat "The Phantom Wolf: Darkest Hour" hits shelves