DIGITIMES, quoting industry sources, said that many second - and third-tier foundry companies are feeling Fabless customers are scaling back orders, which will further drag down their fab capacity utilization in the fourth quarter of 2022.

The rapid slowdown in demand in the PC, mobile phone, TV and other consumer electronics end markets has prompted brand suppliers, distributors and IC design firms to slow down contract progress significantly from around the middle of the second quarter of 2022, sources said.

Branded PC vendors and their contract manufacturers are already stuck with an inventory glut that could take three to four quarters to fall to appropriate levels. Meanwhile, in mobile phones and TVS, lower end-market demand has also led to inventory adjustments across the industry supply chain.

Many pure wafer foundries are still reporting strong sales and profits in the first half of 2022, sources said, as production plans for their fabs start to ease. Utilization rates at Grid Chip, SMIC and Huahong, as well as in Taiwan, are expected to fall further in the fourth quarter as customers reduce or delay construction. 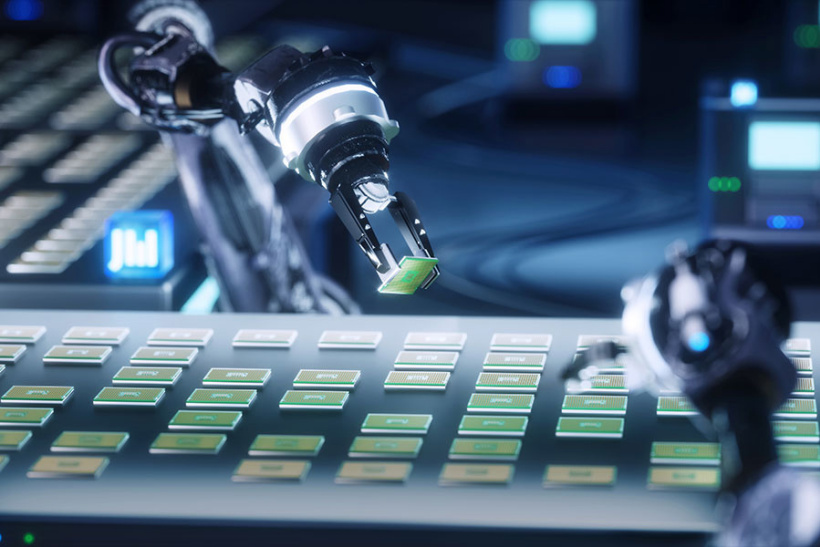 Lux has previously disclosed breaches of LTA (long-term contracts) by its display drive IC customers, who would rather honour punitive payments than see their inventory build up further in the face of sluggish market demand. The foundry expects 5-10% of its capacity to be affected in the third quarter, and its fab capacity utilization will continue to face further downward pressure in the following two quarters.

VIS, another foundries, also said its fab capacity utilization fell in the third quarter. The 8-inch foundry said on its recent earnings call that VIS is working closely with its customers and equipment vendors to address fluctuations in end-market demand.

On the other hand, both TSMC and UMC expect their fabs to remain fully utilized in the third quarter.

Related news
Samsung: 7nm EUV process Q4 Q4 mass production 5nm has been ordered
7 key points of Intel Q4 revenue easily exceeding expectations
Tesla 2019q4 financial report: not enough money to go to Mars
Samsung Q4's revenue was US $55.6 billion and net profit was US $5.84 billion, up 26.4% year on year
Memory prices fell rapidly in August, and experts said the contract price would fall in Q4
Design plant Q4 price increase plan exposed: MediaTed increase as high as 30%
Fabless customers cut back on chip orders affecting Q4 capacity utilization
Hot news this week
According to sources, SoftBank founder Masayoshi Son has not made a proposal to Samsung to invest in Arm
Brother sent a mobile phone to pay 200 yuan to pay the owner to the police: money is not scraped by the wind
China Confinement Association said on the rumor of Haitian soy sauce "dual standard": support enterprise rights protection
Mate 50 Kunlun version is in short supply! Huawei additional production capacity: October supply can improve
Apple iPhone 14 / Pro blessing, optical lens supplier Datu Guang's revenue in September 22 months new high
After a lapse of 28 years, the Chinese women's basketball team won the World Cup runner -up Li Meng's T -shirt on fire
IPhone6 officially "retired", its series sold 250 million units, second-hand purchase price is now as low as 100 yuan......
Apple responds to the iPhone accident monitoring cannot be triggered 100%: no minimum requirements are met
The revenue of Ruiyu, a major network chip manufacturer, was about 2.156 billion yuan in September, down 1.85 percent year on year
Meituan Wang Xing: Chinese auto companies will definitely win, "NIO, Huawei, ideal" will replace BBA to occupy the high-end market
The most popular news this week
Foxconn has announced that it will contract manufacture electric cars and build prototypes for INDIEV in Ohio
Latest ranking: Huawei first, ZTE fourth!
Ding Yun, vice chairman of the Huawei Supervisory Board, died of a sudden illness Huawei: He expressed deep condolences to his unfortunate death
European Union antitrust regulators have questioned Microsoft to see if it can compete fairly after buying Activision Blizzard
Today, I took a set of online signals to compare it ...
Xiaomi 13 series of news summary: a total of 3 model Snapdragon 8 Gen2 blessing
Musk wants to turn Twitter into wechat, but he may struggle to pull it off
Three o'clock before the Apple Officer who can hit the 20 % off. Before buying the machine
When playing games, I interact with my boyfriend too close: the girl after the 1 00 of foreign countries will hurt her sister
Wolf on mobile? Chinese copycat "The Phantom Wolf: Darkest Hour" hits shelves