New bottle of old wine! Industry insiders: No one has the best cost control than Apple

There are more and more news about the upcoming iPhone 14. Recently, there are news that in addition to retaining the same Liu Haiping solution of the 13 series, the iPhone 14 is also equipped with the same A15 chip as the 13 series. Instead of calling iPhone 14, it is more appropriate to say that it is "13S". 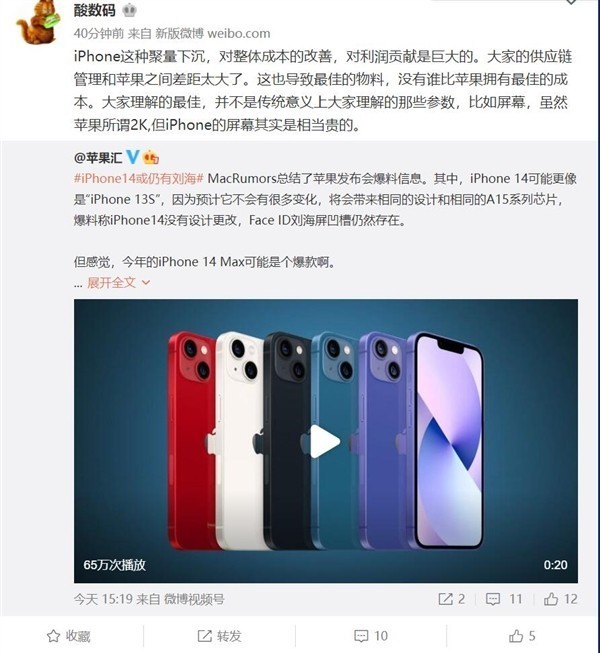 In this regard, some people in the industry have pointed out that the agglomeration of iPhone sinks, which is conducive to the improvement of its overall cost and maximize benefits. The gap between supply chain management and Apple of other brands is huge. It directly leads to the best material, and no one has better costs than Apple.

Earlier news broke the news that Apple's expected iPhone market demand is strong and requires suppliers to produce 90 million iPhone 14 series models with a considerable iPhone 13 in the same period last year. Apple is expected to produce about 220 million iPhone in 2022, which is consistent with the production volume in 2021, which makes the iPhone have the best cost control. 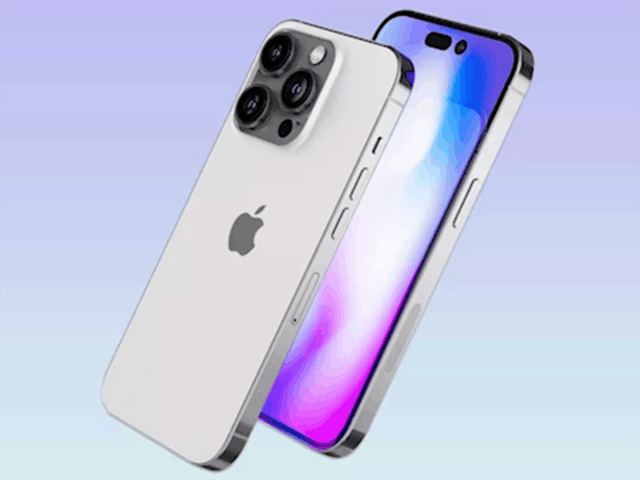 It is worth noting that among the four models of the iPhone 14 series this time, only the PRO version has been upgraded significantly. It is reported that the PRO series has the PROMOTION screen with a dual punch screen similar to an exclamation mark. It supports the lowest 1Hz refresh rate, supports the breath screen display. It is equipped with A16 chip and the main camera is 48 million pixels.

Related news
Apple adjusts Apple News+ user interface for easy tracking of news
Why does Huawei's "new IP" encounter new problems?
Captain America can't save Apple TV, should Apple abandon it?
Apple or launch Apple One bundles to boost service income
Apple One？ Is it Apple's own 88 members
Apple registered multiple Apple One" domain names before Tuesday's launch
Detailed evaluation of Apple silicon M1 MacBook Air
Hot news this week
According to sources, SoftBank founder Masayoshi Son has not made a proposal to Samsung to invest in Arm
Brother sent a mobile phone to pay 200 yuan to pay the owner to the police: money is not scraped by the wind
Mate 50 Kunlun version is in short supply! Huawei additional production capacity: October supply can improve
China Confinement Association said on the rumor of Haitian soy sauce "dual standard": support enterprise rights protection
After a lapse of 28 years, the Chinese women's basketball team won the World Cup runner -up Li Meng's T -shirt on fire
IPhone6 officially "retired", its series sold 250 million units, second-hand purchase price is now as low as 100 yuan......
Apple iPhone 14 / Pro blessing, optical lens supplier Datu Guang's revenue in September 22 months new high
Apple responds to the iPhone accident monitoring cannot be triggered 100%: no minimum requirements are met
Meituan Wang Xing: Chinese auto companies will definitely win, "NIO, Huawei, ideal" will replace BBA to occupy the high-end market
Tencent Holdings was short HK $580 million, up 100.89% from the previous day. The company closed 5.76% higher today
The most popular news this week
Foxconn has announced that it will contract manufacture electric cars and build prototypes for INDIEV in Ohio
Latest ranking: Huawei first, ZTE fourth!
Ding Yun, vice chairman of the Huawei Supervisory Board, died of a sudden illness Huawei: He expressed deep condolences to his unfortunate death
European Union antitrust regulators have questioned Microsoft to see if it can compete fairly after buying Activision Blizzard
Today, I took a set of online signals to compare it ...
Xiaomi 13 series of news summary: a total of 3 model Snapdragon 8 Gen2 blessing
Musk wants to turn Twitter into wechat, but he may struggle to pull it off
Three o'clock before the Apple Officer who can hit the 20 % off. Before buying the machine
When playing games, I interact with my boyfriend too close: the girl after the 1 00 of foreign countries will hurt her sister
Wolf on mobile? Chinese copycat "The Phantom Wolf: Darkest Hour" hits shelves