AMD and Intel's new generation of processors are about to synchronize.

During this time, RaPTOR LAKE 13 generations Core frequently exposed, models, specifications, and running are full of flying, and the situation looks good.

In contrast, the Zen4 Ryzen 7000 series is much low -key, especially the performance score is very rare. Is it impossible? Still tolerated?

There are no specific data, but it can also be seen that its performance level is roughly seen. VC consolidates the Ryzen 5000 series, 12/13 Core Cinebench R23 single -core and multi -core running points:

The same positioning of the same 6 cores,Comparison of Ryzen 7600X compared to Ryzen 5600X, single-core performance will increase 31-37 %This range is very gratifying.

However, because the 12th generation Core single -core performance is already prominent, the 13th generation has greatly increased the frequency, and the comparison is a bit not enough.

According to this achievement, it is estimated that the flagship Ryzen 9 7950X single-core running score has hopes to reach or even more than 2200, which is almost the same as i9-13900K, slightly weaker.

The multi -core running score is not yet available, but in front of the large and small nuclear mixed architecture of the 12/13 generation of Core, AMD has no hope.

It is said that the Zen5 era will also be up to the size, and the Zen4 is used as a small core, then it looks good.

in addition,The Ryzen 7000 series still cannot run the CPU-Z test smoothly, which will be stuck at 70 %. The specific reasons are unknown.

The engineering sample of Ryzen 9 7950X can run the Cinebench R23 FPU baking machine for an hour at 5.5GHz frequency and 1.428V voltage, but the stable frequency of the PRIME95 baking machine is only 5.2GHz.

It seems that there are still a lot of optimization work to be done by the Ryzen 7000 series. No wonder it is said that the time to lift the ban will wait until the end of September. 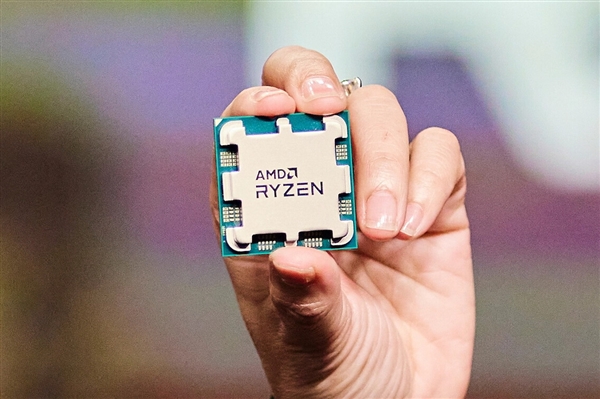 Related news
Amd zen4 see you at the end of 2022: two years waiting for Intel
5nm zen4 stop 16 core Intel Core to turn over: First 24 core 32 thread
AMD Zen4 Ryzen™ 7000 ditches DDR4 memory! The motherboard has changed dramatically for the first time
AMD 3D Stack Cache is not out of print! Zen4 will also be on
AMD Zen4 rivals! Intel 13th generation Core is here
Intel 13th generation Core release time is set! Two waves of hard 罡 AMD Zen4
AMD Zen4's performance flies! Intel 13th generation Core but no worry
AMD Zen4 spell it! The 16 core is close to the Intel 24 core
AMD Zen4 has a solidaries of Intel's unique weapon 2.5 times! The first batch of optimization kills
AMD Zen4 beats Intel 13 Core by a huge margin
Hot news this week
With the NIL technology, Canon wants to provide China with a lithography machine comparable to the EUV
The Long March 9 is basically confirmed: the low-orbit carrying capacity of 150 tons can carry the entire space station into space
A small plane in the US has crashed into a 30-metre high voltage power line and got stuck: 80,000 people affected
Alibaba launched a new cross-border e-commerce platform in Spain, aiming to operate independently in the middle and high-end market
Can recording others' wechat chat records be used as evidence? The Beijing Internet Court has an answer
Google is concerned that Microsoft's acquisition of Activision Blizzard will affect the ChromeOS experience
When pure water is used in China team to solve the problem of seawater hydrogen production: it is expected to become an original industry
It's not just Huawei! Beidou has penetrated more than 20 industries and applied more than 15.5 million products
The second generation Snapdragon 8 flagship! Mi 13 toughened film appeared: four sides and other narrow screen accounted for a stable ratio
A Tesla crashed into two cars in Taizhou, Zhejiang province, killing two and injuring one, police said
The most popular news this week
Intel says key issues with U.S. chips have been resolved
RTX 4090 card into PPT 3A game masterpiece apology urgent update patch
Transsion will be holding a launch event in Dubai in addition to mobile phones and laptops
The first Snapdragon 8 series phone in the popular colors of 2023 hits the shelves: a stunning 5600 yuan design
Why do laptops need more memory?
Increase production capacity! Apple speeds up iP14 Pro shipments: Arrive as soon as New Year's Day 2023
What a fan! Netizens spend ten thousand yuan to get three mobile phones at once: beautiful
A bachelor's degree is needed for a New York City rat control manager who earns 1.2 million yuan a year
4090/80 Take that! Third party pre-orders for AMD RX7900: The most expensive over 11,000
Mi 13 series press conference preview: It is likely to start 3999