It's 8.5 times 4G. Why is 5G now a long story? Chinese Academy of Engineering academician torture

To be held today. 5G-A Industry Development Summit & RDQuo; Wu Hequan, academician of the Chinese Academy of Engineering, said that in addition to undertaking the preliminary exploration for 6G, there are still some things to be done for 5G-A research. Make up a missed lesson & throughout; In the work.

In this regard, Wu Hequan put forward three points of view:

First of all,5G's capabilities are not really being demonstrated at the moment. The average downlink rate of 5G is 8.5 times that of 4G, Wu said, for example: If an app takes 1 second to download with 4G and 0.1 second with 5G, this is obvious in the Internet of vehicles.

Wu noted that current 5G phones are no different from 4G phones in the eyes of ordinary consumers. In the 3G era, smart phones have a qualitative leap compared with the feature phones in the 2G era; In the 4G era, mobile phone bandwidth and camera configuration to adapt to the needs of short video; 5G phones, on the other hand, have little innovation, and 4K and 8K video capabilities are impossible to experience on a phone.

“ New 5G applications for consumption will only be possible when users have the ability to generate 4K short videos. Live & rsquo; Let's face it, pursuing the metaverse without upgrading the capabilities of existing phones is neither mature nor urgent. ” "Mr. Wu said.

To achieve the replacement of PLC and other original public equipment, but also integrate the Internet of things, edge computing, blockchain and AI functions, so as to open the original PLC and production equipment, instruments and meters of the closed interface, to solve the PLC standard fragmentation, protocol is not open problems; In response, it is also hoped to develop industrial 5G base stations that integrate some core network functions for easy installation in enterprises. It is also suggested to consider setting aside dedicated frequencies for 5G industrial applications. Through the above various efforts, promote the real landing of the industrial Internet.

In addition, this kind of integrated management will pay the cost of delay and security sacrifice, and it needs to consider whether it is worth doing deep integration. On the technical route of cloud network computing collaboration, does it depend on control surface or data surface? Cloud or computing and network resources are heterogeneous in technology and management. They are managed by operating systems, and it is difficult to communicate with each other across different administrative rights.

If the purpose of computing network convergence is to schedule computing resources through the network, it only needs to interconnect the multi-cloud at the IaaS layer, that is, the interconnection of IDC. IaaS IPv6 can still play a role. By developing the data plane carried by the IPv6 address, the network layer functions can be realized, so that the network operating system is not needed.

The interconnection of heterogeneous resources based on the address field of the data plane network layer is simpler and more direct than the signaling of the interpretation or control plane based on the DPI of the application layer, which can achieve low latency. “ Of course, network does not mean that control surface is not necessary. SDN software defines network to use the function of control surface, but mainly for routing and slice calculation. ” "Mr. Wu said.

About 5 g - the study of the evolution of A core network WuHeQuan Suggestions on the development of the function of IPv6, can solve the problem in the data plane without having to make operating systems, especially in business, high requirement of real-time data in surface treatment rather than the control surface, conducive to the further development of UPF sink application functions and expand the application field, but also to widely deployed at the edge of the calculation. 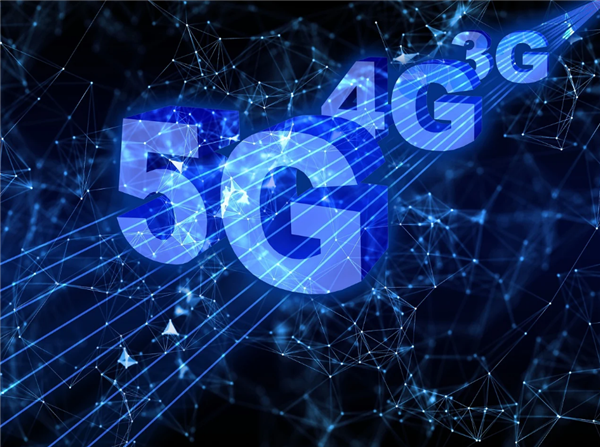 Related news
Wu Hequan: 5g radiation in China is far lower than that in Europe and America
Wu Hequan, Academician of the Chinese Academy of Engineering :5 G is actually cheaper than 4 G
Wu Hequan, academician of Chinese Academy of Engineering: 5g technology is very immature and its operation cost is very high
The English name of Chinese liquor has been changed: Chinese Baijiu has been officially launched
Tesla's Chinese Rivals See Record Monthly Delivery on Further Recovery from Covid
The hot word at the 2022 World 5G Conference -- 6G
It's 8.5 times 4G. Why is 5G now a long story? Chinese Academy of Engineering academician torture
Hot news this week
A small plane in the US has crashed into a 30-metre high voltage power line and got stuck: 80,000 people affected
Can recording others' wechat chat records be used as evidence? The Beijing Internet Court has an answer
Alibaba launched a new cross-border e-commerce platform in Spain, aiming to operate independently in the middle and high-end market
It's not just Huawei! Beidou has penetrated more than 20 industries and applied more than 15.5 million products
When pure water is used in China team to solve the problem of seawater hydrogen production: it is expected to become an original industry
A Tesla crashed into two cars in Taizhou, Zhejiang province, killing two and injuring one, police said
Breaking the spell of "Android 3 year must card", the new Breguet mobile phone will be sold for the first time tomorrow: from RMB3499
The appearance of Xiaomi's mini console is revealed for the first time: an all-metal body with a strong apple smell
Be careful with your phone for a long time! The aunt played with her mobile phone so much that her fingers got stuck
Google's Project Zero team accuses vendors of slacking after ARM GPU bug exposes Android upgrade woes
The most popular news this week
Why is the Apple Pencil 2 not supported? iFixit takes apart the iPad 10 to find out
Zte's experience proves that there is no way out of appeasement and peace can only be fought out
China's growing presence in the global high-tech sector is unacceptable to the US
Us to investigate Lapsus$hack, Microsoft, Nvidia and others were breached
From January to October this year, the number of global travel app downloads approached 2 billion, with China's Amap, Baidu Map and Railway 12306 taking the top three places
With the acquisition of Pulse, Mozilla will develop a new approach to machine learning
Did the United States achieve its goal? More than 40 suppliers went to the United States with TSMC
Microsoft may not be able to offer its Microsoft 365 service in German schools after two years of efforts failed
A record $50 million in compensation! In the final judgment of the dispute over the infringement of Minecraft by Mini-World, NetEase won the lawsuit
Manufacturers like Samsung and Xiaomi have been affected. Google has revealed a dangerous flaw that threatens millions of Android devices