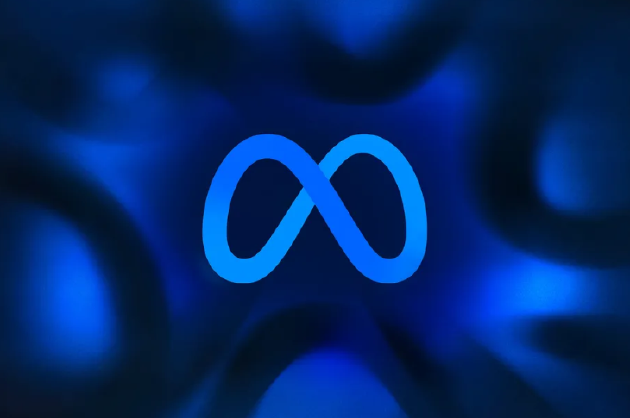 Sina Technology News On the morning of September 5th, Beijing time, Qualcomm and Facebook's parent company Meta has signed a multi -year agreement. The two parties will cooperate to develop a customized version of the Qualcomm Snapdragon XR chip for "And" other equipment ".

In some ways, these measures are normal business actions, because Quest 2 uses Qualcomm Snapdragon XR2 chip. However, this may help the outside world to understand more deeply how Meta will compromise when facing the decline in revenue to control the high cost of the Yuan universe strategy.

Cooperation with Qualcomm shows that Meta's upcoming headsets include high -end headsets code -named Cambria and low -cost version of QUEST head display, which will not completely use Meta's autonomous chip.At the same time, Meta's competitors, such as Apple, Amazon, and Google, are currently designed around the custom chip, such as M2, Graviton3 and Tensor to make product decisions. Meta has also set up a special team to do similar work since 2018.

Press releases on the cooperation between the two parties show that these Qualcomm chips will be "customized" according to the needs of META. However, it is unclear how much difference between Meta's "high -end equipment" and the hardware of other manufacturers. Other products are likely to strictly follow the reference design of Qualcomm Snapdragon XR.

It is reported in April this year that Meta's employees are working with the chip foundry to produce custom chips for the reality head display that has not yet been announced. It is also reported in the same month that Meta encountered some obstacles in the process of production custom chips, forcing it to use Qualcomm chips as replacement in the second-generation Ray-Bay smart glasses.

A spokesman for Meta said that META will not discuss the specific details of the evolution of product routes, nor will it comment on the planning chip's plan for Quest products. However, Meta's overall strategy for customizing chips is that there is no "one -size -fits -all approach" for technology used in future devices.

The background of all this is that Meta is facing tremendous pressure.Due to Apple's adjustment of the privacy settings of iOS systems that affect precision advertising, META's revenue has fallen for the first time this year. Zuckerberg clearly stated that it plans to increase pressure on employees. He said: "I think, some of you may say that this place is not suitable for you. I have no opinion on this autonomous choice." At the same time, he bet on the Yuan universe strategy. Meta costs billions of dollars in this project, including augmented reality and virtual reality, but has encountered huge losses.

For Meta, this is a great risk. But from the current point of view, users of the Yuan universe conceived by META to visit Zuckerberg will continue to use chips from other manufacturers.

Related news
Microsoft Announces Open Source Quantum Development Kit Quantum Development Kit
Qcomm and Microsoft extend application assurance program to windows 10 pcs equipped with Qualcomm snapdragon computing platform
"Report on corporate responsibility in China 2020" officially released
Meta Company slams Facebook to change the name in the open letter
META supervisor, Apple is doing Ar? Has been responsible for Oculus head display communication business
Apple Watch? Meta's first smartwatch is exposed, photographed and detachable
Microsoft Apple Meta seizes the XR market, the Samsung of the fillet folding screen mobile phone or wants to catch up
US FTC enters a more radical antitrust mode: prosecution blocking Meta acquisition of VR manufacturers
It is referred to as the independent development of the Meta independent development of the chip cooperation with Qualcomm
Hot news this week
"GTA6" was stolen by a hacker without being released. How can the game company defend the source code?
The new rules of Internet popover will be implemented on September 30, and the chaos of "bully screen advertising" is expected to be eradicated
Google is shutting down its Stadia cloud gaming project, with the developers involved saying they had no knowledge of the plans
Brother sent a mobile phone to pay 200 yuan to pay the owner to the police: money is not scraped by the wind
Mate 50 Kunlun version is in short supply! Huawei additional production capacity: October supply can improve
IPhone6 officially "retired", its series sold 250 million units, second-hand purchase price is now as low as 100 yuan......
After a lapse of 28 years, the Chinese women's basketball team won the World Cup runner -up Li Meng's T -shirt on fire
Woman addicted to 'A Sheep' husband worried about being cheated to report for help: official confession
Apple responds to the iPhone accident monitoring cannot be triggered 100%: no minimum requirements are met
Meituan Wang Xing: Chinese auto companies will definitely win, "NIO, Huawei, ideal" will replace BBA to occupy the high-end market
The most popular news this week
Girls walk to play mobile phone hit telephone pole forehead bulge: hope friends learn a lesson
The Snapdragon 8 Gen2 flagship of the Year is here! The standard battery may not even be 4000mAh
Boot up is the new high-end flagship of Android 13 first look: performance is crushed by iP14
Are you enough? Microsoft announced that all compatible users can upgrade win11 2022
American Infrastructure Revival 8000M Fiber Broadband: The same speed, unlimited upward speed, unlimited
Brazil approves Activision-Blizzard deal
Apple doubles U.S. manufacturing: mostly small-scale test production, only Mac Pro assembled in the U.S.
EPIC CEO Angry Apple App Store price increase: Apple is like a landlord, developers have nowhere to go
Xiaomi Group: $ 117,000 repurchase 4,800 shares shares shares
Sub -iPhone 14! Huawei New Machine Release: Snapdragon U Blessing