The Southeast Asian Internet giant SEA lacks money, and the core team has taken the initiative to abandon salary. 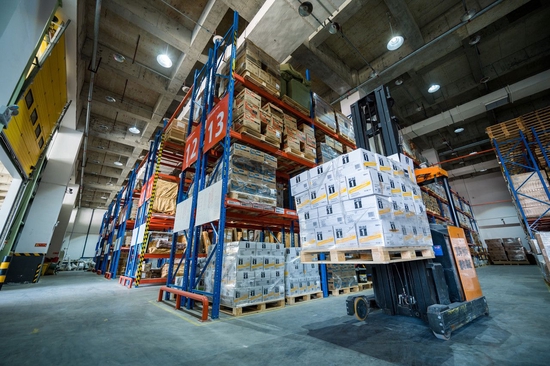 On September 15, the company's founder and CEO Li Xiaodong stated in the internal memorandum of issuing to employees: "The leadership team has decided that before the company realizes self -sufficiency, we will not receive any cash remuneration."

Public information shows that the founder Li Xiaodong was born in Tianjin, graduated from the Department of Engineering of Shanghai Jiaotong University, and later joined Singapore's nationality. When SEA was singing, Li Xiaodong once became the richest man in Singapore with a value of $ 19.8 billion. It is understood that SEA owns three businesses: SHOPEE, Garena, and digital finance in the e -commerce platform, and digital finance, which has almost similar business structures with large domestic factories.

However, after the barbaric growth of 2021, the SEA in 2022 entered the water inverse period of a dangerous journey.

A week ago, it was reported that SEA would close its local business in Chile, Colombia and Mexico, and completely withdrew from the Argentina market. On September 6, Tencent's chief operating officer Ren Yuxin withdrew from the company's board of directors. Earlier, Shopee's globalization business has repeatedly encountered walls. Since 2022, the stations in France, India, and Singapore have been closed successively.

The Internet giants who throw thousands of dollars are really poor

It is hard to imagine that just six months ago, when most Internet companies began to repeatedly reduce their efficiency, the SEA's snatching war was in full swing.

"The budget is sufficient, and it mainly depends on whether it matches the post." Several Internet factories employees received the same recruitment information. Their first impression of this Southeast Asian unicorn was that the wealth was thick. Last year, in order to absorb fresh graduates, SEA once recruited a group of new people to unify the monthly salary of 5,000 yuan.

"The opening is an annual salary of 600,000, and my psychological expectations are only 300,000." Job seekers who interviewed e -commerce business lamented to Times Finance.

During the same period, the company's stock price showed a cliff -like decline. In October last year, SEA's stock price reached its peak, as high as 366.99 US dollars per share, with a market value of US $ 200 billion. By this year, SEA gradually fell from the cloud. This year, on January 4, Tencent issued an announcement to reduce its holdings of SEA14.4928 million shares. The stock price has no signs of rebound.

Even so, the old employees were not surprised by this tide of recruitment in high songs. Due to the insufficient supply of local talents in Singapore, some core departments cannot recruit people for two consecutive years, and recruiting soldiers is naturally a top priority.

According to the financial report, as of June 30, 2022, the general administrative expenditure of SEA reached 872 million US dollars, an increase of 77%over US $ 491 million in the same period last year.

However, siege is easy to defend the city. "In April this year, the platform's Roi has a downward trend. Before that, the company rely on smashing money, but it did not let users really settle down, and the natural momentum was insufficient." Wang Ming revealed to Times Finance. The more fatal issue is that the funding pressure faced by the parent company SEA is increasing. This quarter's operating cash has once again exported $ 1.2 billion in nets, while the company's inventory cash and equivalent at the end of the quarter fell to $ 7.8 billion.

In the tightening of the business, layoffs came. In June of this year, SEA, who had been caught in the wars of the people, had to start a layoff plan, and the optimized team included Southeast Asia's Shopeefood and Shopeepay. In early September, the staff optimized list extended to the employees who had just sent offers and have not yet joined the job.

Both games and e -commerce have reduced their speed. What overwhelmed Southeast Asian giants?

What is worse is that the loss of e -commerce business is still expanding. The financial report shows that SHOPEE loses $ 648 million in the second quarter, while the loss of US $ 580 million in the second quarter of 2021. During the same period, Shopee achieved GMV19 billion US dollars, a year -on -year growth rate further declined to 26%, and below the expected $ 19.9 billion. At the same time, Shopee's order growth has also slipped from 73%of the previous level to 59%.

During the 99th promotion period, some sellers reacted to Times Financial and obviously felt that the overall traffic of the platform was decreasing. "The technical team is also immature, and the seller's background system often collapses."

Not only that, the competition in e -commerce in Southeast Asia is still in the fierce stage. Since May of this year, SHOPEE's deadly opponent Lazada has received nearly $ 1.3 billion in funds for Alibaba. As the later party Tiktok, the user traffic of short videos has been in the e -commerce track. Come and fierce.

The instability of the company's business allows the SHOPEE employee Qin Zhong to consider the problem to stay.

(The interviewees in the text are all pseudonyms)

Related news
Money Spells to Attract Money Instantly +27836633417
+2349025235625 I want to join occult for money
+2349031459947 %%π¶ I want to join occult for money ritual
Tencent plans to sell $3.1 billion of Sea shares: for charitable causes and more
After Tencent reduced its Holdings of Sea to $3 billion, Sea shares fell 40% in 14 days.
Shopee's parent company Sea plummeted nearly 20% after being reduced by Tencent before being banned from core games in India
@@+2349022657119.. I WANT TO JOIN OCCULT FOR MONEY RITUAL IN
It is reported that "Southeast Asia Tencent" SEA will reduce employees and close some projects: improving profitability
The Southeast Asian Internet giant SEA lacks money, and the core team has taken the initiative to abandon salary.
%%%##[[+2348026461693]],,,, I WANT TO JOIN OCCULT FOR MONEY
Hot news this week
According to sources, SoftBank founder Masayoshi Son has not made a proposal to Samsung to invest in Arm
Brother sent a mobile phone to pay 200 yuan to pay the owner to the police: money is not scraped by the wind
China Confinement Association said on the rumor of Haitian soy sauce "dual standard": support enterprise rights protection
Mate 50 Kunlun version is in short supply! Huawei additional production capacity: October supply can improve
Apple iPhone 14 / Pro blessing, optical lens supplier Datu Guang's revenue in September 22 months new high
After a lapse of 28 years, the Chinese women's basketball team won the World Cup runner -up Li Meng's T -shirt on fire
IPhone6 officially "retired", its series sold 250 million units, second-hand purchase price is now as low as 100 yuan......
Apple responds to the iPhone accident monitoring cannot be triggered 100%: no minimum requirements are met
The revenue of Ruiyu, a major network chip manufacturer, was about 2.156 billion yuan in September, down 1.85 percent year on year
Meituan Wang Xing: Chinese auto companies will definitely win, "NIO, Huawei, ideal" will replace BBA to occupy the high-end market
The most popular news this week
Foxconn has announced that it will contract manufacture electric cars and build prototypes for INDIEV in Ohio
Latest ranking: Huawei first, ZTE fourth!
Ding Yun, vice chairman of the Huawei Supervisory Board, died of a sudden illness Huawei: He expressed deep condolences to his unfortunate death
European Union antitrust regulators have questioned Microsoft to see if it can compete fairly after buying Activision Blizzard
Today, I took a set of online signals to compare it ...
Xiaomi 13 series of news summary: a total of 3 model Snapdragon 8 Gen2 blessing
Musk wants to turn Twitter into wechat, but he may struggle to pull it off
Three o'clock before the Apple Officer who can hit the 20 % off. Before buying the machine
When playing games, I interact with my boyfriend too close: the girl after the 1 00 of foreign countries will hurt her sister
Wolf on mobile? Chinese copycat "The Phantom Wolf: Darkest Hour" hits shelves